The Brief – Is Putin a CIA asset? 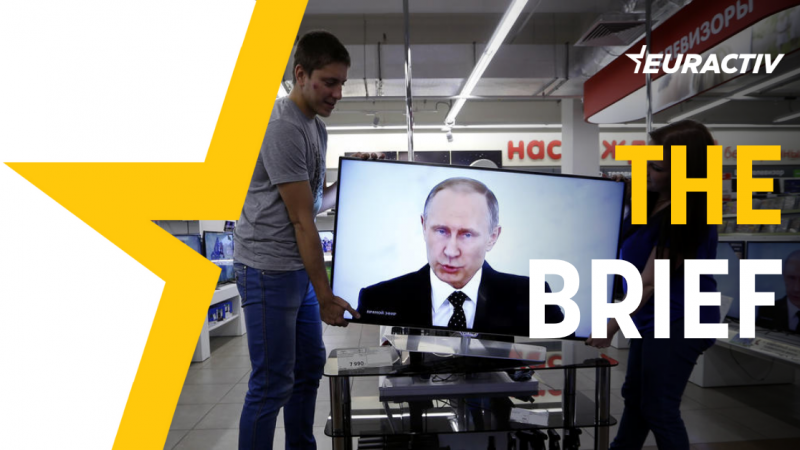 According to Russian propaganda, Gorbachev and Yeltsin were CIA agents tasked with destroying the USSR.

This narrative, although debunked by the EU’s foreign affairs service, still holds in parts of Russian society; the last President of the USSR and the first President of Russia accused of having harmed the motherland, the first by surrendering in the Cold War without a fight, and the second for allegedly allowing the US to deplete Russia of much of its wealth.

Following such dubious logic, we could say that Putin is possibly a CIA asset because his war in Ukraine is damaging Russia more than its most powerful adversary could ever dream of inflicting (without using nuclear weapons).

By attacking Ukraine, Putin’s Russia caused the premature death of its vast network of paid agents of influence across the EU, primarily in Germany, but in all countries. Given Putin’s background in the KGB in Germany and the considerable effort to build such a vast network over decades, such a rout looks like high treason.

The situation is perhaps worse in military terms. Russia made its military impotence evident to the world, while the West massively strengthened its Eastern flank. NATO, which France’s Emmanuel Macron had called ‘brain dead’ in 2019, is alive and kicking. Former neutral countries look toward joining the alliance, while NATO member states spend billions on defence procurement. Lots of this money goes to the US, Russia’s main adversary. We can imagine the US military-industrial complex, as Russia calls it, saying, “Thank you, Mr Putin!”

In addition, Europe now seeks to end its addiction to Russian pipeline gas, turning mostly to US LNG (but not only because there is not enough of it to replace the Russian supplies). And it’s Putin’s Russia which made this gift to its enemy. Without the war, Russia would have continued to receive €1bn per day from EU countries for its gas. Now, this income will dry up.

Last but not least, the US appears to have excellent information about the intentions of the Kremlin, which seems to indicate that they use ‘HUMINT’, or human intelligence, in high places in Moscow: possibly a high-level mole. This was never the case during the Cold war, pundits remember.

Reportedly, Putin is obsessed with traitors and assassins among his entourage. Thus, leakage of sensitive information from the Kremlin is even more unlikely. But the US were capable of predicting the invasion and presumably pre-empting dangerous moves by the Kremlin, like the use of chemical weapons.

We don’t think that Putin is a CIA asset in the same way that Gorbachev or Yeltsin did not betray their country. But Gorbachev and Yeltsin will remain in history as politicians who acted responsibly in difficult times. Putin, however, will be remembered as the one who ruined his country when Russia’s prospects were actually still good.

Apart from a renewed push for heat pumps, there are major oversights in the Commission’s upcoming plan to break free from Russian fossil fuels when it comes to decarbonising heating and cooling, according to industry representatives.

Meanwhile, EU foreign ministers sought to publicly pressure Hungary on Monday to lift its veto on a proposed oil embargo on Russia, with Lithuania saying the bloc was being “held hostage by one member state”.

Sweden’s Social Democrat minority government on Monday decided it will formally apply for NATO membership, following in the footsteps of its neighbour Finland.

In other news, China’s retail and factory activity fell sharply in April as wide COVID-19 lockdowns confined workers and consumers to their homes and severely disrupted supply chains, casting a long shadow over the outlook for the world’s second-largest economy.

The pandemic should be seen as a wake-up call for EU policymakers to take a more focused approach toward cardiovascular diseases (CVD), Europe’s number one killer, as patients have already paid a heavy price due to COVID-19, stakeholders warned.

Common Agricultural Policy support for landowners not actively engaged in farming has indirectly negatively impacted farming communities, at the same time as the EU continues to haemorrhage farms at an alarming rate, a new EU study has found.