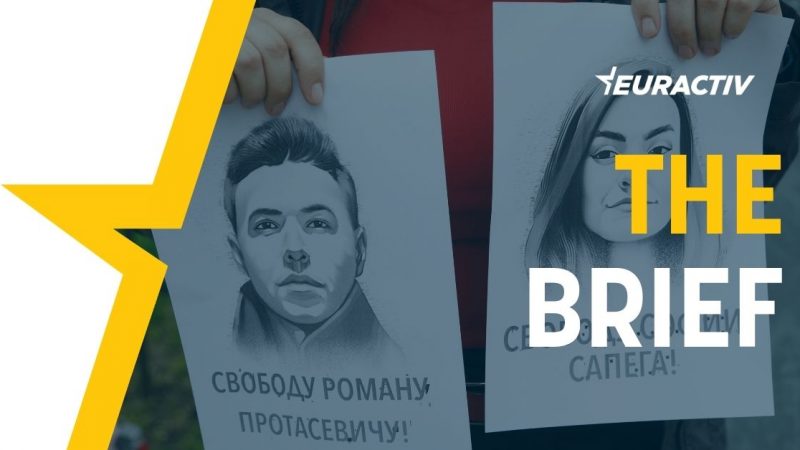 The minds of EU decision-makers have been focused on Belarus’ forced landing on Sunday of a European airliner travelling between two member states. Leaders have vowed that Belarusian strongman Alexander Lukashenko will be made to pay a high price for what many are calling state piracy.

EU airlines already shun Belarus’ airspace and its national carrier, Belavia, is banned from landing at any of the bloc’s airports. But it’s possible these measures could end up hurting the people of Belarus more than its leaders. Europe must go further if it wants its reply to be felt in Minsk.

EU ministers are meeting in Lisbon on Thursday to formulate sectoral economic sanctions on Belarus that would hit it where it hurts: potash, for example, one of Belarus’ most important exports. The ministers could also decide to shut down Russian gas supplies piped across Belarus, depriving Minsk of lucrative transit fees.

Yet it’s difficult to shake the impression that something is missing. Belarus brought that airliner down on Sunday for a reason, to detain journalist Roman Protasevich and his girlfriend Sofia Sapega, both now in the regime’s hands. There is every reason to worry for their well-being.

Freeing Roman Protasevich should be at the top of the EU’s agenda. That might not be easy, but it must be a priority – not a detail – in the stand-off with Lukashenko’s brutal regime.

Obtaining the journalist’s release would be a victory for what dictators fear most: a free press and freedom of speech.

Protasevich’s media outlet Nexta, distributed through Telegram and YouTube channels, is Lukashenko’s nemesis. A news portal followed by millions, it has been the single most important conduit for exchanging information in and about Belarus since the country’s fraudulent presidential election in August.

The key to Nexta’s power was that it based outside of Belarus, in Warsaw. But since March, when the platform released a documentary exposing the background to Lukashenko’s ill-gotten wealth, the dictator has wanted blood.

Knowing this, Protasevich reportedly said as the plane prepared to land in Minsk that he was going to be executed. His fear echoes the fate of another jailed dissident in a country not so far from Belarus.

Russian dissident Alexei Navalny and his team also made a documentary exposing the wealth of President Vladimir Putin. He is now languishing in ill-health in a jail reminiscent of the Gulag described by Soviet dissident novelist Alexandr Solzhenitsyn.

Unfortunately, as Navalny’s fate makes only too clear, the EU has not been vocal when it comes to freeing critics of authoritarian regimes. The bloc as a whole and individual countries have done very little to demand his freedom.

This has to change. There can be no business as usual with a regime that treats its opponents the way Russia treats Navalny and Belarus treats Protasevich. The EU must devise a strategy to secure their release. The alternative is to risk their deaths and the further demise of our freedoms and credibility.

France is set to stick with the status quo when it comes to the future Common Agricultural Policy (CAP), a stance widely welcomed by trade unionists but criticised by others for its lack of ambition on social and environmental matters.

The EU is intent on making Belarusian President Alexander Lukashenko pay a high price for the forced landing of a European airliner to arrest regime opponents, the bloc’s foreign policy chief Josep Borrell told AFP in an interview.

Last but not least, don’t forget to listen to this week’s Yellow Room podcast, focusing on Belarus and climate talks.

One response to “The Brief, powered by APPLiA – Free Roman Protasevich!”