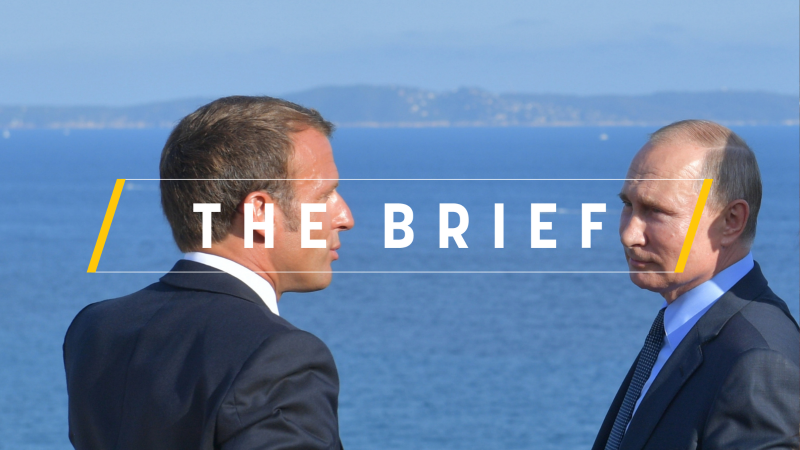 EU ministers are meeting today (22 February) to discuss sanctions against Russia, ranging from putting individual people on a blacklist to the “full Monty” of more economic sanctions.

The EU is determined to “do something about it” after credible reports that Kremlin critic Alexei Navalny was poisoned with Novichok in a Russian airport, and then sentenced, in defiance of the international community, because he failed to show up in Russia under an arbitrary proceeding while he was getting lifesaving treatment in Germany.

Sanctions are likely to be decided during the 25-26 March virtual EU summit.

Russia knows it is testing the EU’s nerve. Officially, Moscow has said that if the sanctions go too far, they will simply cut ties with the EU.

This is an interesting avenue we will try to analyse today.

The Kremlin has for many years conducted a policy, at a high economic cost to the impoverished Russian people, of denigrating the EU as a non-entity, undermining the EU under all sorts of hybrid schemes, and preparing the ground for things to come.

What are the things to come?

Kremlinology is an inexact science practiced by the West ever since the Cold War, and it is no more successful today than it was before. Having some knowledge of the Russians, I can only offer my educated guess.

The Kremlin (the ‘siloviki’ under Vladimir Putin) is fed up with the Council of Europe, the European Commission and others providing guidance which they consider interference in Russia’s internal affairs. These people say “why on earth are we obliged to listen to this crap”? Cutting relations is indeed on the cards, partly because there is no “positive agenda” left.

On the other hand, there is an “interesting” scenario, at least from the Kremlin’s perspective, of having people like Marine Le Pen taking the helm in key EU countries.

Emmanuel Macron tried to pre-empt such a course by warning in 2019 that “Europe will disappear” if it fails to rethink its strategy towards Russia.

What did Macron try to achieve?

He tried to position himself in the same field where Le Pen possibly thought she had the monopoly.

The Kremlin waited to see what was behind Macron’s words. And after seeing nothing, it is no longer hesitating: it is banking on a new president of France, named Marine Le Pen.

If Russia ends its EU ties, Le Pen and the likes of her in all EU countries will get almost direct support from the Kremlin to accede to power. It will be a hybrid war along all azimuths, of a sort we’ve never seen before.

The goal will be the total destruction of the EU. And if Le Pen wins the 2022 elections, the Kremlin will be very close to game, set, and match.

But if, in order to avert this, the EU or its key member states were to accept that they cannot criticise Russia, or any other country – because ‘we have no right to interfere in their internal affairs’ – we would live in a world different, and probably more precarious, than the one we know.

Russia is trying to change the world order. By putting a gun to Macron’s head.

The EU should target Russian President Vladimir Putin’s close circle of people and ‘hit him where it hurts’, two close associates of imprisoned Kremlin critic Alexey Navalny said on Monday. They also warned of the increasing influence of corrupted Russian money in Europe.

In less than a decade, the EU has spent €440 million on gas pipelines that have either never been completed or are likely to fail, according to new research.

European Council President Charles Michel expressed his “shock” following the death of Italy’s ambassador to the Democratic Republic of Congo in what is believed to have been an attempted kidnapping attack.

UN nuclear watchdog chief Rafael Grossi said he had negotiated a “temporary solution” after two days of talks with Iranian officials to allow the agency to continue its inspections work in the country and allow breathing space for diplomatic negotiations on the Iranian nuclear issue.

The acceleration of online criminality, particularly during the coronavirus pandemic, has underlined the need to adopt new EU rules on the cross-border transmission of digital evidence, the bloc’s counter-terrorism chief has told EURACTIV.

Czechia is struggling to meet its EU reporting obligations on energy poverty, an issue common to other countries in Central and Eastern Europe.