The Brief, powered by ELF — Paris-London at their worst 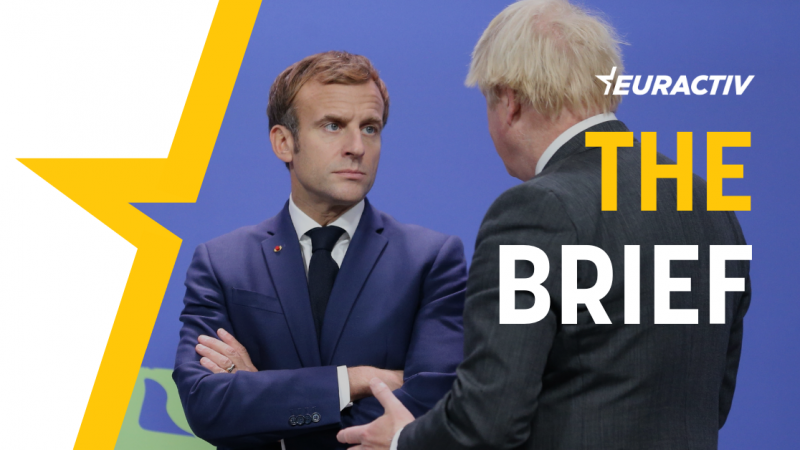 Just like at the Belarus-Poland border, migration is exacerbating the tense relationship between Paris and London. This Brief is an attempt to make sense of the latest conflict between two powerful neighbours who love to hate each other.

Emmanuel Macron is furious at Boris Johnson for publishing on Twitter an official letter that should have been treated in confidentiality.  In the letter, the UK prime minister asks France in a straightforward way to take back the migrants who illegally cross the Channel.

In response, French Interior Minister Gérald Darmanin cancelled planned talks with his British counterpart Priti Patel, informing her that she was no longer invited to a meeting with interior ministers of Germany, the Netherlands, and Belgium.

But without the participation of Britain, there are limits to what such an effort can achieve. Thus the four EU ministers reached a minimum agreement to use surveillance planes to monitor the situation.

It is a fact of life that many of the migrants who reach France want to go on to the UK, attracted by the flexible labour market and language.

For years, human traffickers had sent people to the UK in lorries. But security at the Channel Tunnel and at French ports was tightened. Traffickers now put people into small boats and send them across the Channel but the journey is treacherous.

There have been many drownings, the worst on 24 November: 27 migrants died when their dinghy deflated as they attempted the perilous crossing.

The UK left the EU with the slogan “Take back control”. It should be remembered, however, that since Brexit became official on 31 December 2020, when the UK left the single market, for the first time in almost 30 years, the UK is in fact no longer in control of migration.

The UK is no longer a member of the Dublin Regulation, which determines which EU member state is responsible for the examination of an application for asylum.

Moreover, London has not agreed a scheme to replace it, making the transfer of migrants more difficult, and meaning that the UK no longer has the ability to return asylum seekers entering the country from France.

The 2003 Le Touquet treaty between Paris and London still applies. Its key provision was the establishment of “juxtaposed national control bureaus” in the sea ports of both countries on the Channel and the North Sea.

Other bilateral accords followed in 2009, 2010, and 2014, stipulating that Britain would finance and control security of the border checkpoint sites in France.

By effectively moving the UK border onto French territory, the Le Touquet treaty, much criticised in France, has resulted in hundreds of UK-bound migrants being stranded near Calais, creating shanty-camp settlements such as the ‘Jungle’ camp of some 10,000 people that was cleared out in October 2016.

France insists it’s doing all it can to stop crossings. But as a local MP said, it is not realistic to think police officers could patrol 200-300km of coastline 24 hours a day, when it only takes a few minutes to take a boat to the beach and fill it with migrants.

France finds it humiliating that London should complain about France not doing enough and hint that migrants are encouraged by the French police to take the journey across the Channel. The narrative is a favourite pasture for UK tabloids.

But UK ministers don’t mention the disturbing fact that no mechanism exists for the prospective migrants stranded in France to apply for asylum or visa to the UK.

Some French opposition politicians are calling on Paris to withdraw from the Touquet treaty (which is in theory possible).

Michel Barnier, the former Brexit negotiator who is now a prospective candidate of the centre-right ‘Les Républicains’ for next year’s presidential elections, says these asylum applications of should be processed in the UK.

Far-left candidate Jean-Luc Mélenchon wants to send them on ferries to Britain’s Channel Island tax havens, such as Guernsey and Jersey. Happily he’s not in power, because that would see gun boats return to the Channel.

Sensibly, the French authorities said they will stick by Le Touquet agreement.

Coming on the heels of rows over the AUKUS and fishing licenses, this is not the only ongoing conflict between Paris and London. But it is the most dangerous, because the nationalist rhetoric from both sides makes a solution unlikely, auguring more victims to come.

A message from ELF: The European Liberal Forum develops comprehensive liberal solutions to real-life problems
The ELF is acting as an incubator for European policy debates. Together with our 47 member organizations, world-leading liberal foundations and think-tanks, we explore policy solutions for a freer and fairer Europe. Discover our publications >>

The EU is stepping up efforts on soil health research with the announcement of a new Horizon Europe mission, which will also provide key funding for the promotion of carbon farming. The €320 million in funding from the EU’s framework programme will support living labs and lighthouses to lead the transition towards healthy soils.

Experts say that compared to past transitions, the green transition needs to be better planned to leave no one behind and will only be possible if politics, companies, and labour unions work together. That said, the green transition will need to be seen as ‘just’ by most people for it to materialize in the first place.

Citizen proposals ranked environmental education in EU schools and the migration crisis high on the agenda for the last two panels of the Conference on the Future of Europe. Participants spoke of the urgency to change the way we live and contain the climate crisis, which they said can only occur if environmental sustainability is taught in schools.

The European Parliament has adopted a two-year ‘roadmap’ through which it hopes to “intensify efforts to achieve a more inclusive administration.” The blueprint, the latest in a series of EU campaigns to address diversity, will cover disability, LGBTIQ+ matters, and racial and ethnic diversity.

Meanwhile, civil society representatives warn that European anti-discrimination strategies risk being “empty policies” unless national governments step up their game. “You can have the best legal framework and legal proposals at the EU level, [but] if you do not mean for implementation at the national level, these remain empty treaties, empty policies,” said the acting director of the European Network against Racism (ENAR).

Housing prices have been steadily rising since 2011, and housing policy issues such as affordability and homelessness have only been exacerbated by the pandemic. Although European cities and countries implemented some measures to protect tenants, experts say it’s time to develop some long-term solutions.

EU-27 ministers in the Competitiveness Council have approved conclusions on research and inclusion, including the European Research Area (ERA). The Commission released last December a plan for a “new ERA,” updated to respond not only to the COVID-19 recovery context but also to the green and digital “twin transitions.”

World Health Organisation (WHO) member states reached on Sunday a tentative draft agreement on preventing future pandemics, which will be presented at the WHO’s three-day special assembly this week. A global agreement to strengthen pandemic prevention and responses, expected to be ready in May 2024, would cover issues such as sharing of data and genome sequences of emerging viruses, and of any potential vaccines and drugs derived from research.

And a WHO expert says that ensuring that all people diagnosed with diabetes have access to equitable, comprehensive, affordable and quality management cannot be done without the use of data. “When you look at the lack of diagnosis worldwide, four out of ten people with undiagnosed diabetes live in low and middle-income countries,” he said. “We don’t know exact figures from the European countries, but we still believe there is a shared amount of undiagnosed diabetes.”

There are reasons to be concerned about Russia’s amassing of troops near Ukraine, but there should be no doubt about NATO’s resolve to “defend all allies in the region”, the alliance’s Secretary-General Jens Stoltenberg told EURACTIV in an exclusive interview.

One response to “The Brief, powered by ELF — Paris-London at their worst”