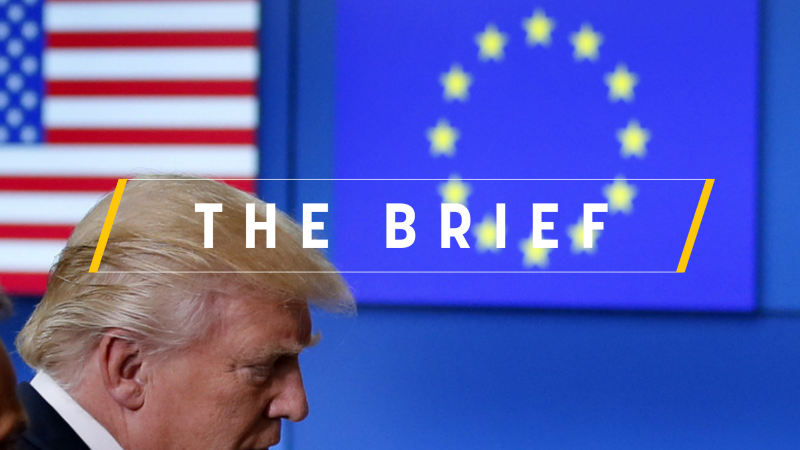 However, barely 10% think the vote will be “fully free and fair”, a finding that resonates with diplomats across the globe, including European ones (albeit privately), who worry that Trump may not accept an election defeat and could instead send America into unchartered territory.

Trump, trailing Biden in opinion polls, has already raised eyebrows, asserting that mail-in balloting leads to fraud, even though experts say such fraud is rare. He has also refused to say if he would accept to step down if he loses.

In-person votes are tabulated automatically and, in most cases, are ready to be announced within hours or even minutes of polls closing. But mailed ballots involve a laborious process and each US state has its own rules.

Some states will only count mailed ballots that arrive by election day (3 November); others will accept them up to 10 days later if they are postmarked by next Tuesday.

In previous elections, around one percent of mailed ballots were rejected, and that figure is expected to rise with the surge of mail-in votes, which could literally mean hundreds of thousands of disputed ballots.

Bottlenecks include the under-funded postal service and signature verification.

Several challenges to voting rules in key states such as Pennsylvania and North Carolina are already pending before the court.

Many Americans also will have in mind the precedent of Bush vs. Gore.

After a wild election night on November 7, 2000, when pundits first called the key state of Florida for Gore, then for Bush, followed by a concession by Gore that was soon rescinded, the results were simply too close to call.

In the 36 days that followed, Americans learned that Gore had won the popular vote by 543,895 votes. But in the complex US system, it’s winning the Electoral College that counts.

In the end, the Supreme Court decided, and Bush became the first president since Benjamin Harrison in 1888 to lose the popular vote, but win the general election.

Now, imagine this: it’s election night (morning for Europeans), the result is too close to call and Trump quickly declares himself the winner.

What will Europe do?

The EU’s diplomatic arm, the EEAS, has been playing around with different scenarios, but of course, no one is ready to publicly speculate about them or a potential EU response.

What is sure is that a second term for Trump would encourage the populist nation-first approach by some European countries, such as Hungary, and by autocrats in Turkey, Saudi Arabia, and the Philippines. They will be quick to send congratulations.

The EU itself, however, will not.

Even in the best of times, EU diplomatic statements have a rather slow pace. And this case will be an even more tricky one with the transatlantic rift running deep through member states.

Commissioner Nicolas Schmit said that if Bulgaria, the country with the lowest wages in the EU, were to introduce the same wages as his native Luxembourg, the very next day there would be “no Bulgarian economy”.

Night train services across Europe will be put on hiatus in November, Austria’s railway company announced, as soaring coronavirus case numbers make cross-border routes untenable for the time being.

2 responses to “The Brief, powered by ENTSO-E – What if Trump refuses to concede?”