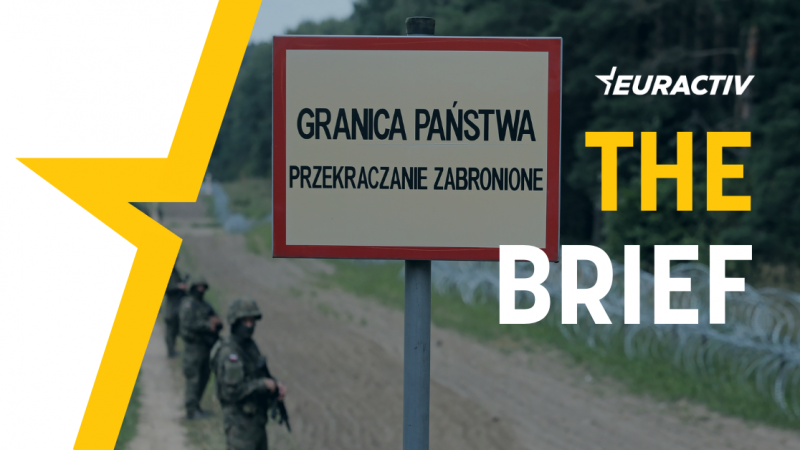 There is no universally accepted definition of hybrid warfare, but all agree that it doesn’t look like a war, but has the same objective: to cause major harm to the enemy through unconventional means, which are cheaper and more effective.

Tanks and airplanes were the weapons of World Wars I and II. Nowadays, conflict is often waged via sanctions – initiated by the Western world, to which rogue countries respond by asymmetric reprisals.

An example of hybrid warfare which will probably enter the textbooks is Alexander Lukashenko’s response to Western pressure to bring him down, following the election he rigged last year

The Belarus dictator was unhappy with the Western sanctions but was particularly angry at Lithuania and Poland, which hosted and gave logistical support to the Belarusian opposition.

Lukashenko’s secret services, known as the KGB, were quick to invent a scheme to target Lithuania and Poland. Knowing that these countries are particularly sensitive to illegal migration, they organised a scheme to flood them with migrants.

The scheme costs next to nothing. It may even be bringing some revenue to Belarus. Minsk’s secret services spread the word that prospective migrants no longer need to take long journeys and risk their lives at sea.

Instead, all they have to do is board a plane to Minsk (no visa required), from where the country’s authorities will help them cross into Lithuania or Poland. As simple as that.

Hybrid warfare is sometimes hard to prove, but the Belarus case is an exception because evidence is plentiful.

There are also counter-claims that the West also uses hybrid warfare – Moscow has accused Washington of conducting hybrid warfare against Russia during the Maidan revolution in Ukraine in particular.

The EU has a slightly outdated “Joint framework on countering hybrid threats”, which says that the primary responsibility lies with the member states and calls for intelligence and information sharing.

It also appears to extend the mutual defence clause introduced by the Lisbon Treaty, which requires the bloc to act jointly if one member state is the object of a terrorist attack or the victim of a natural or man-made disaster, also to hybrid warfare.

It is high time to see how this works. If the EU doesn’t use all its powers in solidarity in the case of the Belarus hybrid attack, we can be sure that more attacks will follow, and from more dangerous players.

The COVID-19 pandemic has negatively impacted gender equality, mental and reproductive health across Europe, with little to no progress being made over the last 12 months, according to a new report from the European Institute for Gender Equality (EIGE). “Europe has made fragile gains in gender equality. But big losses are emerging as a result of the COVID-19 pandemic,” EIGE director Carlien Scheele said.

Speaking of progress: Serbian Prime Minister Ana Brnabić said that the recent Commission report on her country was “the best report of European Commission in the last few years”. However, a more in-depth view actually shows that the report is quite critical of the EU candidate.

Amid continued uncertainty about whether all member states will submit their national strategic plans for the Common Agricultural Policy (CAP) on time, European farmers’ patience is dwindling. “We won’t just be sitting around and waiting,” one farmer said.

Improving animal welfare is one of the key objectives of both CAP and the EU’s flagship food initiative, the Farm-to-Fork Strategy. Check out EURACTIV’s infographic for a look at some of the key facts and figures on the policy side of animal welfare.

As COP26 nears, there’s been a lot of talk about “net climate targets” and countries’ goals to reach net-zero emissions by 2050. But what is a net target and how does the EU plan to get there?

The European Union will aim to convince other countries to raise their climate ambition at the COP26 summit opening on Sunday in Glasgow. Read the full story for details.

The spread of disinformation from inside and outside the EU poses a growing threat to Europe and beyond, but stakeholders say there is no ‘quick fix.’ Several EU initiatives related to media and disinformation are currently underway, but there are concerns across the board over the scope and impact that some of these measures could have, particularly when taken alongside the proposed Digital Services Act (DSA).

Cancer is the second leading cause of mortality in the EU, and female breast cancer is the most commonly diagnosed form of the disease. So what can be done to improve the support given to women diagnosed with a metastatic form of breast cancer?

2 responses to “The Brief, powered by Facebook — Hybrid warfare”