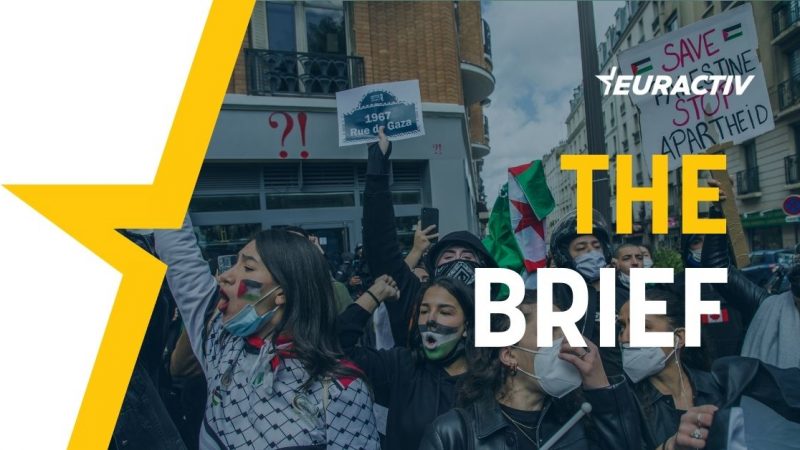 The EU has every interest to defuse the fresh outburst of violence between Israel and the Palestinians, as millions of Europeans identify themselves with one or the other side. But does the EU have the means?

The new wave of violence is the worst since 2014. It is different from previous violence on several accounts. Politically, Hamas, a terrorist organisation, now has the upper hand in Palestine, and Fatah is down. In Israel, the hawkish Benyamin Netanyahu likes warlike scenarios because they keep him in power.

Militarily, Hamas has new weapons – rockets developed by Iran capable of reaching targets more than 200 kilometres away. Previous inaccurate rockets flew distances in the single digits. Israel, for its part, has put in place the Iron Dome – an anti-missile system that stops most of the rockets, but not all.

Internationally, the United States, the world power with the greatest potential to mediate, has kept its distance from the conflict, which hurts the Biden administration’s efforts to keep afloat the Iran nuclear deal. Other countries willing to mediate are motivated by self-interest and bias towards one of the sides, which largely disqualifies them.

What sparked the violence looks like an insignificant incident. Following a court order, eight Palestinian families were expelled from Sheikh Jarrah, a tiny neighbourhood of East Jerusalem, so Jews can move in.

The context is also important. Since the beginning of the Muslim holy month of Ramadan in mid-April, Palestinians in East Jerusalem have faced off nightly against Israeli police, who put up barriers to stop evening gatherings at the walled Old City’s Damascus Gate. Palestinians saw the barriers as a restriction of their freedom to assemble.

As we hear daily reports about the number of Palestinians killed in Israeli strikes against Hamas in Gaza, and the number of Israelis killed by Hamas rockets, the conflict has started reverberating across Europe.

France has a population of a few million people originating from Arab countries, together with some 700,000 Jews. But President Emmanuel Macron has been strangely silent these days, despite violent protests in Paris on Saturday.

And we can hear anti-Semitic hate speech in other EU countries as well. It is particularly disturbing in Germany and Austria, two of Israel’s strongest supporters since the Second World War.

Green and leftists forces in the EU tend to automatically side with Arab extremists – in France, the phenomenon is called ‘Islamo-gauchisme’.

The media should do a better job of explaining the stand-off. It’s not Jews against Arabs, it’s Hamas on the one side and Netanyahu, playing his own game, on the other.

Arabs are not the good guys and Jews are not the bad guys, or the other way round. The bad are the extremists, while the good are difficult to identify. There is only one solution to the conflict: two states, meaning creating a viable Palestinian state.

Even Donald Trump had a proposal for a two-state solution (with a Gaza-West Bank tunnel). What does the EU have? Who are the interlocutors? Fatah’s Marwan Barghouti is in prison in Israel. He could be the interlocutor on the Palestinian side. What is the EU doing for his liberation?

The short answer, unfortunately, is that the EU is doing next to nothing, despite the fact that the spill-over from the conflict between Israel and the Palestinians will directly hurt EU countries and societies. The long answer from the EU institutions would be a wordy blah-blah which would be lost in translation.

COVID-19 has created a “parallel pandemic” of mental health issues that will be felt long after tackling coronavirus, new research warns, with younger people bearing the brunt across the EU.

The European Commission press service has come up with a number of “ideas” about the future of press briefings in Brussels, seeking to make online events introduced during the pandemic a new norm and open to journalists across Europe.

This video tackles the topic of gender equality in European cabinets: why is inequality persisting? Why does it matter? What can be done about it?