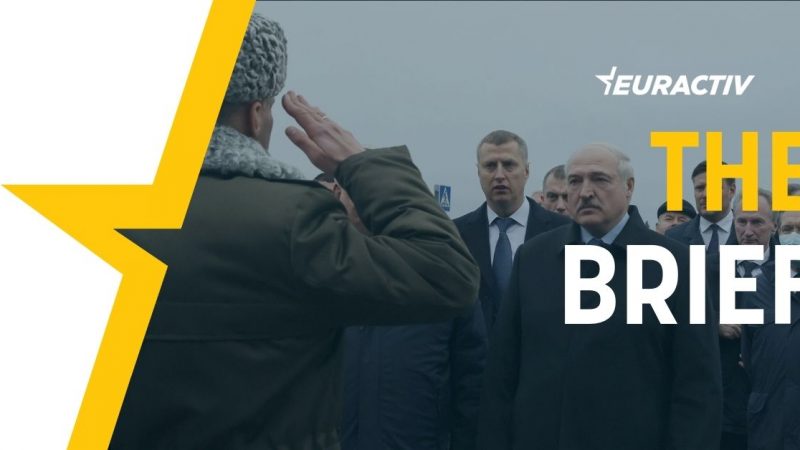 What are the main ingredients for a James Bond movie? A handsome actor to impersonate the main hero, and a script involving a villain plotting a novel scheme to blackmail and subjugate the world.

At this stage, we suspect the world has at least one villain who fits this description. And he is based in Europe.

In an exclusive interview, Lithuania’s foreign minister told EURACTIV that the Belarusian dictator Alexander Lukashenko is using refugees as weapons in a hybrid war to destabilise Lithuania, the country hosting representatives of the Belarus opposition.

Over the last six months, 21 times more migrants have crossed the border illegally into Lithuania than in the whole of 2020. Nearly 1,700 migrants have entered Lithuania from Belarus this year, more than 1,000 of them in July alone.

Half of them identified themselves as Iraqi citizens, while others came from Congo, Cameroon, Guinea, Iran, and Afghanistan.

Lithuania believes Lukashenko is using refugees as a weapon and says official travel entities, such as airlines, seem to be collaborating.

Foreign Minister Gabrielius Landsbergis cited airlines that transfer people from Baghdad to Istanbul, or from Istanbul to Minsk, along with travel agencies registered in several countries that facilitate human trafficking for a tidy profit.

A quick online check for cheap tickets reveals the names of several airlines that make the connection from Istanbul to Minsk, with the starting price of a one-way ticket at €106. Even giving them the benefit of the doubt that all tickets are sold to people with valid visas, that is a surprising amount of travellers wanting to go to Belarus.

For a small country without experience in facing refugee waves like Lithuania, such hybrid attacks have a destabilising potential that should not be underestimated.

Lukashenko is castigating Lithuania, but he could also be tempted to punish the entire EU for imposing sanctions.

And if it is human misery he wants to capitalise on, Europe’s last dictator may soon have new ammunition heading his way.

The recent departure of Western forces from Afghanistan may yet trigger a new wave of asylum seekers from the troubled country. International law stipulates that they cannot simply be turned back.

And, with the benefit of the shortcuts Lithuania says are being provided by official airlines and travel agencies, this time the migrants are able to arrive in a matter of days, not months.

The risks are real. The EU was evidently incapable of learning the lessons from the 2015 migration crisis. There had been many promises to “wreck the business model” of the traffickers in human beings, but there is little or no evidence that these efforts have been successful.

It should not be so difficult, however, to heavily sanction any airlines or travel companies that can be caught selling their services to people without the necessary visas to enter the EU, thereby facilitating illegal migration.

It is high time Josep Borrell and Charles Michel decided between themselves who will don the James Bond costume and save Europe.

The European Parliament adopted a proposal last week to broaden the mandate of the European Medicines Agency ahead of upcoming talks with member states on EMA’s future role. EURACTIV takes a look at where the Parliament and the Council stand ahead of the negotiations.

“Carbon emissions” and decarbonisation are now such common phrases that we sometimes forget to think about what they mean. Put simply, too much carbon in the atmosphere is a threat to our health, our environment and our economy and the cause of rising temperatures.

Wednesday will see the Commission unveil the “Fit for 55” package: more than a dozen pieces of legislation that aim to ensure the bloc reduces emissions by 55% by 2030 compared to 1990 levels. Read more on the Transport Brief.

The European Commission will launch a fund to alleviate the societal cost of expanding the EU carbon market – the emissions trading scheme (ETS) – to buildings and road transport, according to a leaked draft seen by EURACTV.

The developers of Russia’s Sputnik V coronavirus vaccine have repeatedly failed to provide data that regulators deem to be standard requirements of the drug approval process, according to five people with knowledge of EU efforts to assess the drug, providing new insight into the country’s struggle to win foreign acceptance of its product.

EU lawmakers should make sure they see the full effects of technological change on working patterns before they regulate them, as we are likely to see a continued shift towards remote and flexible employment, policymakers said at an event hosted by EURACTIV on the future of work across the bloc.