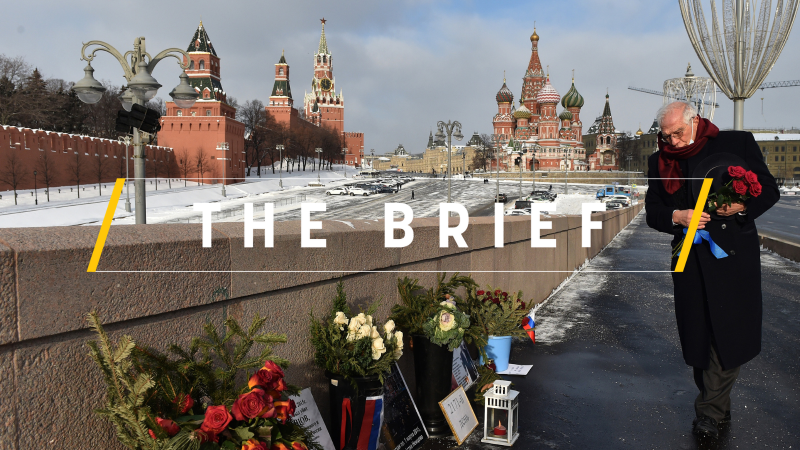 Indeed, Borrell was manipulated by his hosts and looked like ‘the useful idiot’, exactly the way Putin’s Russia would like ingenuous Westerners to be. True, he had been warned by some member states not to go, but he took the risk.

Borrell brought flowers to Bolshoy Moskvoretsky Bridge and laid them at the place where Boris Nemtsov was murdered in 2015. Nobody in Russia saw this, but all heard him hailing the Russian ‘Sputnik’ vaccine as “good news for mankind”.

Perhaps surprisingly, we will argue here that taking aim at Borrell now is irrelevant. No need to shoot the piano player. It’s not his fault. It’s the entire system of EU foreign action that is flawed, and this is because EU member states wanted it to be weak in the first place.

It’s more constructive to examine this unfortunate Moscow visit as a stress test for the EU, and useful at a time when the Union is making one more attempt to imagine its future.

Unless EU leaders decide to give serious powers to the EU foreign policy service and to its head (which seems unlikely), it’s better if the VP/HRVP stays away from real serious work. It is not by chance that the EU is not represented in the “Normandy format” dealing with Eastern Ukraine. When the going gets tough, France and Germany take control.

And let’s refrain from bashing Borrell, which would probably serve no other purpose than to regale the Russian “siloviki”, who rule this vast country, the same people who tried to poison Navalny, who put him in jail and who staged the whole show precisely to achieve the goal of ridiculing the EU.

Clearly, despite the high-sounding title of ‘Commission Vice President/High Representative for Foreign Affairs and Security Policy’, the incumbent hardly has the same weaponry at his disposal as the Russian foreign minister Sergei Lavrov, another diplomatic veteran.

We had assumed that if Borrell took the risk for the visit, he had some serious assurances and guarantees that it was worth it. Now it’s clear that he fell in a trap.

Russia misled Brussels by saying before the visit that it wanted to improve its relations with the EU, and then stated in front of Borrell that the EU is an “unreliable partner”. And while the Spaniard was paying compliments to the Russian vaccine, Moscow expelled three Western diplomats.

Russian “siloviki” don’t have the slightest consideration for well-intentioned interlocutors like Borrell. The only language “siloviki” understand is their own – that of threats, of cynicism, of power play. VP/HRVP speaks no such language, no matter who he or she is.

EU-Russia relations have never been so bad, and there will be no détente any time soon. And if there is one thing for sure, it’s that this is not the EU’s fault. Borrell helped us realise this.

After a defeating trip to Moscow, EU’s chief diplomat Josep Borrell tried to explain and justify his controversial trip to Moscow but admitted that relations between the EU and Russia have hit rock bottom.

Brussels and Washington have condemned the heavy prison sentence slapped on a Georgian citizen by the authorities in the Russia-controlled Georgian region of South Ossetia.

At the same time, Hungarian health authorities have approved Russia’s coronavirus vaccine Sputnik V, the government said, with 40,000 doses of the jab already to be given.

The European Commission’s Research Executive Agency has come under questioning from judges at the Court of Justice of the EU as part of a case focusing on why the agency refuses to disclose documents on the controversial ‘iBorderCtrl’ project.

France’s highest court ruled that provisions in the law introduced by the government on the security of 5G networks – dubbed ‘anti-Huawei law’ – is consistent with the Constitution.

Lawmakers in the European Parliament backed a levy on carbon-intensive products imported into Europe, calling on the European Commission to introduce a so-called “carbon border adjustment mechanism” as quickly as possible.

One response to “The Brief, powered by GSMA – A stress test for the EU”

Leave a Reply to Georgia Will Cancel reply