The Brief, powered by ITI – Biden vs Putin: Who won? 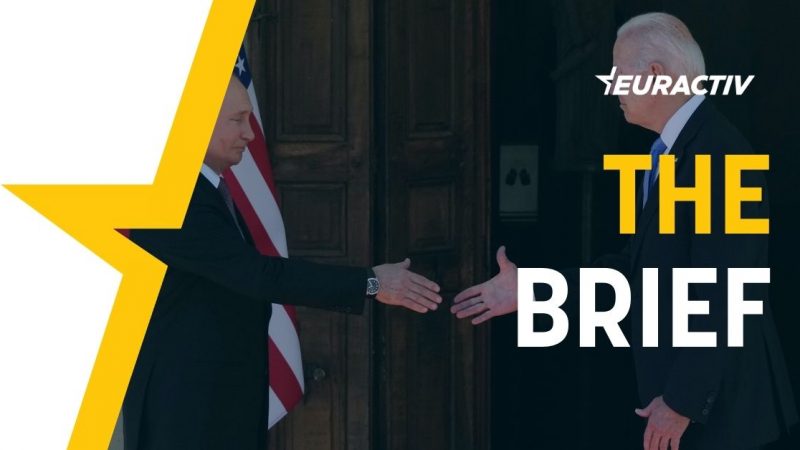 As the dust settles after the meeting of the two leaders on the neutral Swiss playground, a legitimate question to ask is which one of them got the most out of this risky summit. And who were the collateral victims.

Commentators have said that Vladimir Putin had won even before his plane took off for Geneva, because the meeting put him on equal footing with the leader of the Western world, which massively outweighs Russia and its close allies.

It looks like Biden avoided a joint conference, the risk being that Putin would use some of the tricks that worked so well against Trump to convey precisely the impression that Russia wins those summits.

If Putin was motivated by the chance to score a victory in front of a global audience, Biden’s motivation was of a different kind.

In the end, Putin didn’t get the chance to win such a trophy, while Biden can very well claim that he has warned the Russian leader of the red lines Moscow should never try to cross – in areas such as covert operations, cyber-attacks, and election meddling.

But we can also imagine Putin saying ‘don’t fool around in my backyard’.

We don’t know the exact wording, but this concerns former Soviet republics like Ukraine and Georgia, which nourish hopes of joining NATO. If Putin has obtained some sort of a nod that his message is understood, he could consider himself the winner. And, rightly, he would not brag about it.

Apprehending a new Yalta, Ukraine rejected any such agreements in advance, before the Geneva meeting took place. “We have made it very clear to our partners that no agreement on Ukraine reached without Ukraine will be recognized by us,” warned Dmytro Kuleba, the country’s foreign minister.

Is the world a safer place after the Geneva meeting? Probably more secure globally, and possibly less secure in areas such as those mentioned.

Meetings of the big powers often result in changing the dividing lines of the world, and the victims of history then suffer in silence for decades, as Eastern Europe did from 1945 to 1989.

In the final communiqué from the NATO summit, Ukraine appears 24 times, and Georgia appears 18 times. However, no combination of words has produced the sentence Kyiv and Tbilisi want to hear: that they are, or will be, invited to join the Alliance.

Asked during his post-summit press conference whether Ukraine should join NATO, Biden said, “It depends on whether they meet the criteria.”

We will see what the future holds. Judging from the realpolitik which prevailed in the case of Nord Stream 2, we can only make an educated guess. When elephants dance, it is the grass that suffers.

The EU and the US must work together to ensure the stability and reliability of data flows. We’re ready to build on Tuesday’s commitments to ensure competitiveness and innovation – find out how at itic.org.

Digitalisation must be part of the solution and not a part of the problem, EU lawmaker Geese said at a EURACTIV event on Tuesday (15 June), where the participants deliberated on the complex relationship between digitalisation and sustainability.

This week’s Yellow Room takes us to Budapest, where the government passed a new bill introducing tougher penalties for paedophilia, in the wake of several cases of child abuse.

Given that Europe is not inclined to make the painful decisions that a modernised relationship requires, it is hard to understand what a return of America to Europe means, except for having dinner with some interesting people, writes George Friedman.

Japan said on Thursday (17 June) China’s military intentions are unclear and its armed forces’ rapid expansion is of serious concern, circumstances that require Europe, the United States and other Asian nations to come together to stand up to Beijing.