The Brief powered by ITI – Do the maths 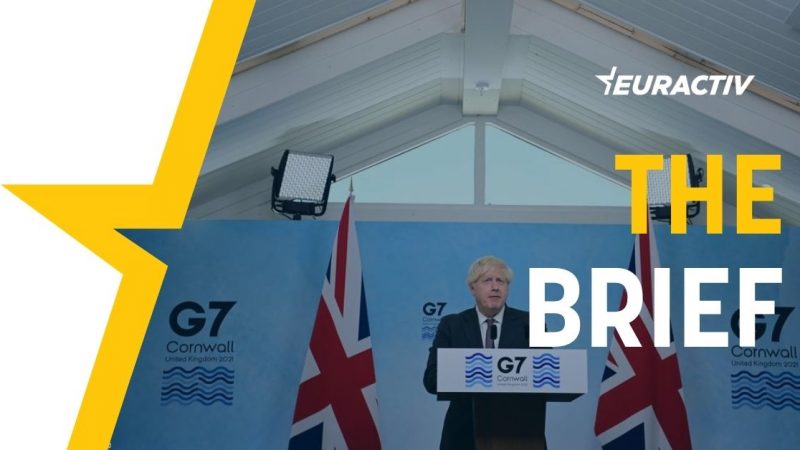 For a moment, it looked like multilateralism had returned. An agreement on minimum corporate tax rates was secured days before, and the stage was set for the G7 to agree on a burden-sharing programme to generate the additional and equitable vaccine supplies needed for mass global vaccination against COVID-19.

It was a false dawn. Instead, with Europe’s leaders once again preoccupied by the latest Brexit–related row, they fell back on the tried and tested pattern of promising to donate vaccines. This time, 1 billion doses is the promised figure.

That might sound a lot, but not when you consider that 11 billion doses are needed to vaccinate the world against COVID-19.

Again, world leaders failed to set a clear timetable for the delivery of vaccines, provide details on the $100-billion climate adaption fund or the Build Back Better World infrastructure programme announced at the summit.

US national security adviser Jake Sullivan said G7 leaders are “all converging around the idea that we need to boost vaccine supply”. That would mean sharing more of our own doses and helping to get more manufacturing capacity around the world, he added.

But with leaders unable to agree on whether to temporarily waive patents on vaccines, they fell back on the familiar, low-hanging fruit.

Wealthy governments have been promising to donate surplus vaccines doses to developing countries since the start of the year.

So far, only 1% of Africans have received at least one jab and low–income countries have vaccinated just 0.4% of their populations, yet this has not stopped political leaders in Europe and elsewhere from congratulating themselves on their imagined generosity.

Enlightened self–interest suggests that investing in global vaccination would be a smart investment. Look no further than the “no one is safe until everyone is safe” slogan.

As the emergence of the Delta variant underscores – and there will inevitably be other variants in the coming months – the COVID-19 pandemic will not be over until the majority is vaccinated and the virus stops circulating widely. That is without considering the economic costs.

The day after finishing his summit hosting duties in Cornwall, Boris Johnson bowed to the inevitable, telling Britons that the rising infection rate caused by the Delta variant, imported from India, means that remaining pandemic restrictions will stay in place for another month.

That is yet another blow for the already beleaguered hospitality sector and will mean billions in lost revenue.

The International Monetary Fund reckons the world economy would grow an extra $5 trillion between now and 2025 if 70% of the world were vaccinated by next April. In contrast, the cost of global vaccination by the end of 2022 is estimated at $50 billion.

The bill goes up – and the potential extra growth shrinks – every time leaders procrastinate. They can’t afford to waste many more chances.

A message from ITI: Tech is at the Forefront of Today’s Summit

Transatlantic leaders can continue to enhance cooperation on trade and technology, and ensure innovation and data flows support economic growth. Learn more about ITI at itic.org.

EU member states are trying to preserve “absurd” agricultural situations when it comes to redistribution of farming payments, according to one MEP, who stressed that the European Parliament is not willing to budge on the matter.

Europe’s 27 energy ministers have backed calls to double Europe’s building renovation rates by 2030 in order to repair their crisis-hit economies, tackle energy poverty and “create green buildings for the future”.

Two NGOs and six young climate activists have decided to take Norway to the European Court of Human Rights (ECHR) to demand the cancellation of oil permits in the Arctic, Greenpeace announced on Tuesday (15 June).

The recent events in the Spanish enclave of Ceuta may have suggested otherwise, but (most of) Africa does not yearn to come to Europe, Oriol Puig writes in an opinion piece.

Last but not least, check out the weekly Transport Brief.