The Brief — Biden-Putin telco: Who won? 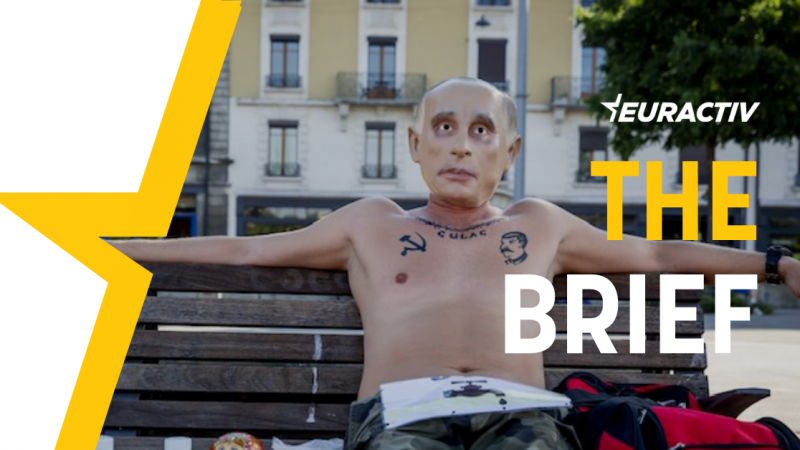 US President Joe Biden and his Russian counterpart Vladimir Putin held a two-hour teleconference on a secured channel which mostly focused on Ukraine. The very fact that they talked is reassuring. Now as the dust has settled, we will try to answer the traditional question “who won?”

A few words about the background atmospherics. Russia has massed an unusually large number of troops at the Ukraine border. Let’s not forget Putin is a chess player. It was like he got the white pieces. The US could only second-guess the Russian move.

Also, Ukraine is a priority for Russia, which occupies a lot of Putin’s mind. The same cannot be said for Biden. In terms of foreign affairs and security, China is a much bigger irritant for the US.

Putin also prepared the telco with Biden, having visited India the previous day, offering among others a multi-billion S-400 air defence system deal, needed by New Delhi to counter-balance China. Thus, Putin made it clear he has powerful allies on the geopolitical chessboard and possibly more leverage in Asia than the US has around Ukraine.

Now about the expectations. Ukraine and a few friendly countries in the Western family want the country to join NATO, or at least not to be prevented from joining by an unofficial Russian veto. Ukraine wanted US, UK and Canadian troops to be “visibly” dislocated on its territory close to the Russian borders.

Conversely, Russia insists that Ukraine should not be used by the West as a place d’armes, that NATO forces should keep away from the Black Sea, that NATO expansion must stop, that Ukrainian President Volodymyr Zelenskiy, who is not particularly popular domestically, should not be encouraged to improve his rating by playing the martial card.

Now about the hidden goals. Part of the martial scenario which could inspire Zelenskiy is a military reconquest of Donbas, which, if it is a genuine goal, amounts to madness. Ukraine now has modern weapons including drones and could be tempted to imitate what Azerbaijan did with Turkish help in the 2020 Nagorno-Karabakh war.

Russia’s hidden goals are to exploit any provocation by Kyiv (as it did in 2008 in the case of Georgia), to launch a military operation and seize what it calls Novorossiya – leaving Ukraine as a landlocked country. This would come at the cost of human lives – the only serious deterrent.

Now about the results. Biden threatened new US sanctions in case of a Russian invasion, which didn’t appear to impress the Kremlin, but clearly said the US will not put boots on the ground.

He said the US had a moral and legal obligation to defend NATO allies if they are attacked, but that obligation did not extend to Ukraine since it is not a NATO member.

This is not the end of the story. The small print of the agreements will be spelled out in the following days. Russian diplomats are very good at detail – see the Minsk agreement of 2014, which which in theory sought to end war in the Donbas region, but in fact froze the conflict. Now Russia is generously inviting the US to join the Normandy format, which the Minsk agreement created.

So, who won? The egos of the two leaders, perhaps. But the peoples of Russia and of Ukraine, who are amazingly close historically and culturally, yet are still at risk of new fratricidal wars, certainly didn’t.

A message from Neste: To tackle climate change, we need to reduce the amount of fossil fuels we use. Fast. The question is: how?

When it comes to reducing global transport emissions, there is no silver bullet. We need to combine a range of solutions from electricity and hydrogen to e-fuels and renewable fuels. Discover how we can power sustainable mobility. Continue Reading >>

The European Union has passed the first part of its rulebook on climate friendly investments, which will define which activities can be labelled as green in sectors including transport and buildings. The first section of the EU’s sustainable finance taxonomy will apply from January 2022.

The European Commission proposed legislation on improving the working conditions for platform workers on Thursday, estimating that 28 million people are currently working via digital platforms covering services ranging from food delivery companies such as Deliveroo and Just Eat to mobility services such as Bolt and Uber.

The EU institutions also adopted a recast version of the roaming regulation on Wednesday, extending for ten years the legislation that allows Europeans to use their phones inside the bloc without extra charges. Time pressure contributed to reaching an agreement as the current roaming law expires in June 2022 and the Slovenian government sought a victory before the end of their presidency.

In other news, the ongoing energy price crisis has exposed the vulnerability of low-income households, many of whom struggle to access financial support, according to experts. Gas and power prices have skyrocketed across Europe in recent months, impacting discussions on the EU’s ‘Fit for 55’ package of climate and energy legislation tabled in July by the European Commission.

“I believe there has not been enough attention on energy efficiency in the ongoing crisis,” said Niels Fuglsang, rapporteur for the revision of the Energy Efficiency Directive, in an interview. According to the lawmaker, the revised Energy Efficiency Directive (EED) must ensure that EU member states take action immediately and do not delay their efforts until the end of the decade.

Twenty-four journalists were killed in 2021 and 293 have been jailed concerning their work, making this year the most dangerous on record for media workers, according to data from the Committee to Protect Journalists. The death toll in Europe rose to four in the same period.