The Brief, powered by The Greens/EFA — Geopolitics without Merkel 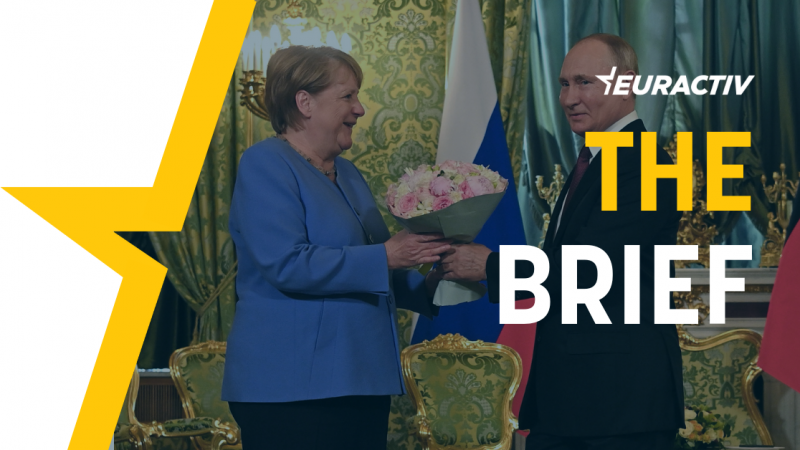 The sudden rise of tensions between Serbia and Kosovo (adding Albania to the latter) coincided with the German elections held on 26 September. But is it a coincidence?

Germany wields a lot of influence in the region, but so do other players, such as Russia. Serbia, Russia’s main ally in the Balkans, perceives northern Kosovo (populated mainly by ethnic Serbs) as its own territory, or part of “the Serbian world”, where it has the right to interfere with the excuse of protecting its compatriots abroad.

We can only speculate whether Moscow is encouraging Serbia to annex northern Kosovo (Serbia can claim that the local population would vote in favour of such an annexation). In any case, the power balance without Angela Merkel, who is now a technical chancellor until a new government is formed, is no longer the same.

In a slightly different context, official Russian media report, quoting the Belarussian dictator Alexander Lukashenko, that Russia and Belarus “need to react” to what he called the dragging of NATO troops to Ukraine, the setting up of US bases, which he said would lead to “the deployment of missiles of the appropriate range”.

“The Russian president and I have held and are conducting consultations on this issue and agreed that some actions should be taken there,” Lukashenko was quoted as saying.

The annexation of Crimea took place on the back of a narrative according to which Ukraine’s new pro-Western government would hand the peninsula over to the Americans. Isn’t Lukashenko’s new position rather similar? Aren’t there similarities between the tensions in the Balkans and Ukraine, which coincided with the German elections?

The Lukashenko quotes were immediately confirmed by the Kremlin, whose spokesperson said the expansion of NATO military infrastructure in Ukraine crosses a red line for President Vladimir Putin.

Angela Merkel’s legacy will be analysed in the years to come. But one can safely say, as an aide to Merkel confirmed, that Putin had been assured that Ukraine would not join NATO under her watch. The German elections open a period of uncertainty, and it is more likely that Russia will move its pawns now, rather than see its worst self-fulfilling prophecies come true.

Indeed, according to analysts, a German government in which the Greens have a strong voice would be less friendly to Russia, but also to China or Turkey.

What can the EU do to reduce tensions? Probably not much. France is certainly an important player, but as a result of historical ties, Paris tends to side with Serbia and even with Russia.

Missed the German general election on Sunday night? No problem — EURACTIV’s got you covered. Check out a sampling of our stories below, or read through the German election liveblog for play-by-play coverage of what you missed.

After initially appearing too close to call, the latest results showed the Social Democrats (SPD) pulling ahead of Chancellor Angela Merkel’s Conservative CDU/CSU, with 25.7% to 24.1%, respectively. However, there is no obvious next government at this stage, and it is still unclear who will succeed Merkel.

Currently, there are two likely coalitions: a Social Democrat-led ‘traffic light’-coalition or a Conservative-led ‘Jamaica’-coalition. In order to secure a stable majority, both coalition groups will need to win over the kingmakers, the Greens and Liberals.

More on Germany: the European Commission says Germany is behind on emissions reduction goals under the Common Agricultural Policy (CAP). Experts say that in order to effectively reduce emissions by 1.5 degrees, agricultural policies must be planned accordingly.

And in Iceland, early counts hinted at a female-majority parliament, but Sunday’s recount showed that 30 women were elected to the 63-seat parliament, giving men a slight majority. Iceland was ranked the most gender-equal country in the world for the 12th year running in a World Economic Forum (WEF) report released in March.

Amidst a dangerous escalation with Serbia over car plates, Albanian Prime Minister Edi Rama arrived in Kosovo on Monday to meet with Kosovo Prime Minister Albin Kurti and opposition party leaders. Serbian troops have gathered along the border following an alleged attack on two Kosovo interior ministry offices on Saturday.