The Brief, powered by UNESDA – American leadership is back 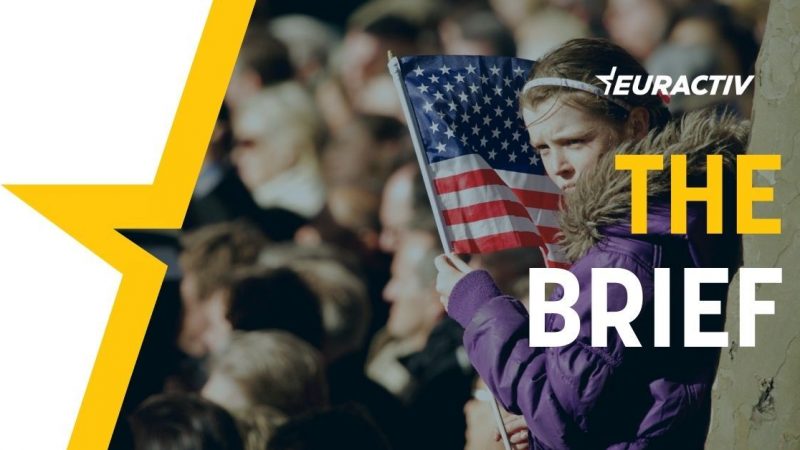 Like it or not, American leadership is back. If you ask Bulgarians, they are ecstatic that the US has dealt a heavy blow to a mafia system the EU tacitly tolerated.

For months, Bulgarians protested against the mafia system destroying their country. Many of them waved EU flags.

And so, what made a difference, in the end, was the US Magnitsky Act, under which Washington on 2 June sanctioned three Bulgarians, including two high-profile oligarchs perceived as the embodiment of the local mafia, as well as their networks encompassing 64 entities.

The EU has a Magnitsky act too. But it lacks the proper ambition for being used inside the bloc. Where the EU spent 14 years writing many thousand pages of reports and achieved nothing, Uncle Sam scored big in one fell swoop.

And the US said this was only the beginning. The Bulgarians give them a big thumbs up. They know that this is happening because America has a new president.

Under Donald Trump, the US Magnitsky Act disappointed many in Bulgaria because it slapped sanctions on wrong targets.

Why is the US doing this now? Clearly, it is in Washington’s best interests to make sure that Bulgaria remains a stable ally, because corruption is a factor in instability, even in the geopolitical aspect.

Looking at Bulgaria, let’s try to see the bigger picture. Joe Biden is coming to Europe next week, on his first visit abroad. This is a powerful sign. Obama didn’t visit the EU until his second mandate, while Trump’s first trip abroad was to Saudi Arabia.

The Biden administration will not be a friend to all in the region. People like Viktor Orbán of Hungary or Aleksandar Vučić in the Western Balkans, whose allegiance is completely unclear (EU? Russia? China?).

But let’s play devil’s advocate for a moment. What happens if the US gets it wrong? What happens if, in the future, the US Magnitsky Act were to target the wrong people, in some undue interference in internal EU affairs?

Our take is that the EU should not subcontract to the US the task of cleansing its own territory of corruption and mafia.

As the discussions on the Future of Europe have kicked off, this is an issue worth discussing: How to make sure that the EU Magnitsky Act functions against European mafiosi and autocrats?

The EU would be much more credible about sanctioning the junta in Myanmar or the dictator in Belarus if it were also able to enforce its values on its soil.

Not least because, if the European Union doesn’t change, in the long run, the US leadership will dwarf the EU and make it irrelevant.

The EU set out on Friday its plan to boost deliveries of COVID-19 vaccines to developing countries, which banks on open supply chains, encouraging production and compulsory licences rather than waiving intellectual property rights.

Companies and civil society organisations in Germany have opposed a planned expansion of the surveillance of sources and communications which provides for a more stringent application of the so-called state Trojan in an open letter published Thursday. EURACTIV Germany reports.

French company Veolia Group is demonstrating that companies can introduce recycled petroleum-based plastics (PET) plastics into their production chain and still be successful during a conference organised as part of the Green Week. EURACTIV France reports.

The European Commission introduced a legislative proposal for an EU ‘digital identity wallet’ on Thursday (3 June) that would allow numerous services like opening a bank account or filing one’s tax returns to be done purely digitally.

Media freedom throughout Europe needs all the support it can get, but the situation in the Balkans is particularly worrying, participants told an online conference, Media Freedom in the Balkans, organised by EURACTIV

As always on Friday, don’t forget to check out our weekly Agrifood, Digital, and Global briefs.

One response to “The Brief, powered by UNESDA – American leadership is back”