The Brief, powered by UNESDA – It takes two to tango 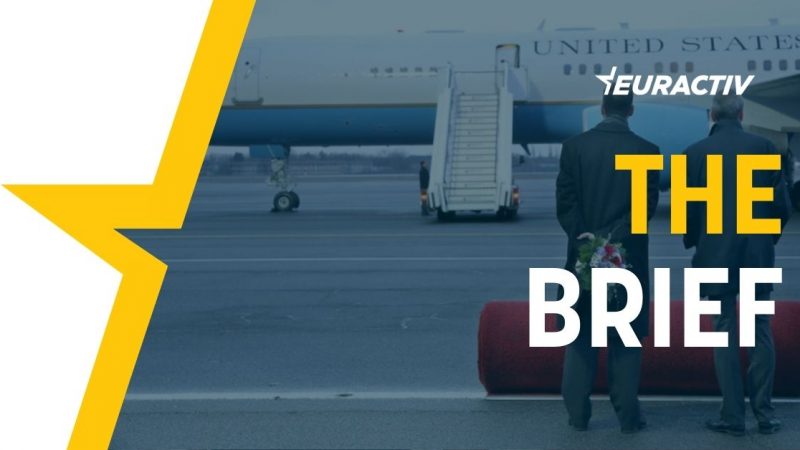 Ahead of US President Joe Biden’s maiden trip to Europe in mid-June, Germany and the United States are holding talks in Washington in a bid to settle the long-running row over the Nord Stream 2 gas pipeline. The timing of the German-American rendezvous is anything but coincidental.

Germany’s Funke Media Group reported earlier this week that Chancellor Angela Merkel’s two top aides have been tasked with preparing a compromise deal on Nord Stream 2 – a pipeline meant to bring Russian gas to Western Europe – ahead of Biden’s visit.

A German delegation led by Merkel’s foreign policy aide, Jan Hecker, and her chief economic adviser, Lars-Hendrik Roeller, is holding a crisis meeting on Wednesday with US National Security Adviser Jake Sullivan and Trade Representative Katherine Tai in the Washington residence of the German ambassador to the US, Emily Haber.

At the same time, a few time zones further east, last preparations are underway so that testing work on Nord Stream 2 can start next week, Alexander Drozdenko, the governor of the Leningrad region, where the pipeline starts, was cited as saying by TASS news agency.

German Foreign Minister Heiko Maas told reporters on the sidelines of a NATO meeting on Tuesday he was “confident that we will succeed in finding a way, even though it will certainly not be easy and may not happen quickly”. He gave no further details.

Will the rapprochement attempt work? Well, it requires both sides to move.

Germany’s position has remained unchanged so far, namely that Nord Stream 2 is primarily an “economic project”. Biden has been against the project since its inception, much like his predecessor Donald Trump.

But there is one difference now.

Last month, Washington backed down from the threat of immediate sanctions on the company behind the pipeline and its chief executive, saying that as it the project is nearly complete the move would only hamper relations between Washington and Europe.

This was, expectedly, decried by critics of the project in the US Congress but welcomed by Berlin and this week by the Kremlin.

In other fields, US demands remain largely the same, aimed primarily at securing a permanent basis for the existing pipeline leading through Ukraine, which Kyiv sees as protection against new Russian aggression.

With this, Washington has taken the first step (and it is unlikely there will be more of them) but, as the saying goes, it takes two to tango.

The German government has far too long been intransigent on Nord Stream 2 and so, after Biden’s advance payment, it is now Merkel’s turn to budge.

Her possible successor, Green leader Annalena Baerbock, is already breathing down her neck. Baerbock’s stance – a clear ‘no’ to the pipeline – is in stark contrast to that of Merkel and Armin Laschet, the new CDU leader and Baerbock’s chief rival for the chancellorship.

With less than two weeks before the G7, NATO, EU-US, and Biden-Putin summits, it looks like the penny has dropped: It’s time for a face-saving exchange deal.

But what could be seen as a valid appeasement strategy by some might create discomfort with others, especially among Eastern Europeans, who are wary of Moscow and will seek clear assurances from Biden once he touches down on European soil.

Africa’s version of the ‘Kissinger question’, which originally referred to who should be the United States’ first contact in Europe, is one of the issues that remain open as the EU and African leaders seek to develop a so-called ‘strategic partnership’.

The two recently approved Codes of Conduct for the cloud industry, which will be open to everyone willing to subscribe, could foster the uptake of a technology at the heart of the digital economy, following a green light from the European Data Protection Board.

Shortly before a crucial summit on 14 June in Brussels, NATO members remain divided about a proposal for higher community spending.

The United States State Department has warned Bulgaria that if the country wants its citizens to benefit from visa-free travel to the US, it should clean up the mess which has gained notoriety as the “passports for cash” scheme.

French MEPs are blaming the EU’s agriculture ministers for the failure of “super-trilogue” talks to reach an agreement on the future Common Agricultural Policy (CAP) last week, warning that it will now be difficult to break the deadlock. EURACTIV France reports.

The European Commission should ensure its decisions remain in line with its climate targets and monitor regional social acceptance of the bloc’s transition away from coal, stakeholders in Central and Eastern Europe say.

The print media in Serbia that most often violate the journalistic code of professional conduct continue to be the beneficiaries of public funding, warned an internal EU paper obtained by EURACTIV that pained a bleak picture of the EU candidate country’s democratic record.