The Brief – Why diplomacy with Putin failed 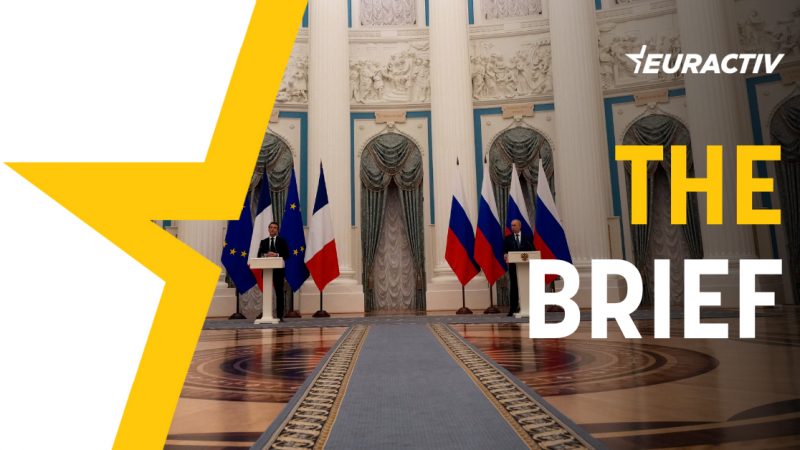 The two recent televised speeches of Russian President Vladimir Putin provide insight that may explain why attempts at diplomacy by Western leaders have failed.

Putin spoke on TV on Monday and Wednesday. On Monday, after more than one hour of essentially rewriting history, he announced that Russia recognises the so-called republics of Donetsk and Lugansk. On Wednesday, he made a shorter historical excursion and announced the start of military operations.

Listening to Putin is quite a challenge. For someone unfamiliar with the Russian context, his words, even if correctly translated, sound somewhat convoluted.

The writer of this Brief has no difficulty understanding Putin, having lived under communism in Bulgaria, where every Friday, people had no choice but to watch Russian television.

Creating false reality was already a big business at that time. According to this Orwellian reality, communist countries were prospering while the West was shaken by protests and on the constant verge of collapse.

Young people then second-guessed that this was false. But many others believed in it,  especially the elderly and those living in the provinces.

Putin’s artificial world reminds me of these false constructions. But it goes further to rewrite history and position Ukraine as a fake construction by Vladimir Ilyich Lenin, when the entire world should know that Ukraine is the cradle of Russia.

According to Putin, the Maidan pro-European revolution was a coup d’état sponsored by the US embassy in Kyiv, the current leaders of Ukraine are neo-Nazis, and they plan to take by force Crimea and Donbas, possibly using nuclear weapons (this is not a joke, read the Kremlin transcripts from 21 February and 23 February).

As simple as that. Putin says it, repeats it, and what’s worse, seems to believe it.

It was reported that Emmanuel Macron’s meeting with Putin at that now-famous long table took five hours. We can imagine how Putin lectured the French president about history. His initial statement alone could easily have taken two hours.

Then Macron may have attempted to say something, and Putin would just repeat what he already said because this French guy does not understand the complexities of Russian history.

This is probably how the five hours elapsed, and it is small wonder the meeting was a failure.

If Europeans cannot understand Putin, then the Americans have little to no chance. After all, what can you expect from the sponsors of the neo-Nazis in Kyiv?

This is how diplomacy failed – if we are generous enough to assume it had a chance in the first place.

Nobody knew what Putin’s moves would be. The video showing how Putin humiliated his chief of intelligence, Sergey Naryshkin, also revealed that the chief spy had not even the slightest inkling what Putin was to announce on that day, 21 February.

‘The Man Who Knew Too Little” was a comedy. This is a tragedy. For everyone.

Today’s edition of The Brief is powered by UNESDA

Europe’s soft drinks sector aims to deliver beverage packaging that is 100% recyclable, more than 90% collected and using 100% recycled content by 2030.

What will enable us to achieve fully circular beverage packaging?

European leaders were united in condemning Russia’s military invasion in Ukraine on Thursday, which has plunged the Russian rouble to an all-time low, pushed the price of oil above $100 for the first time since 2014, and brought Europe to the brink of a major war.

The EU is set to hold an emergency summit in Brussels on Thursday evening, which will have to find a response to Russian President Vladimir Putin’s military invasion of Ukraine.

You can read the draft conclusions here.

NATO agreed at emergency talks on Thursday to take additional steps and further beef up the land, sea, and air forces on its Eastern flank after Russia launched a military offensive in Ukraine.

Amid the Russian invasion of Ukraine, the options the German Bundeswehr could offer were extremely limited, the country’s army chief warned.

Russia’s military aggression against Ukraine will be met with massive sanctions, top German officials announced on Thursday (24 February), after Russian President Vladimir Putin approved a military operation with airforce and ground troops against its neighbour.

French politicians, including all candidates in the presidential race, unanimously condemned Russia’s military strike against Ukraine on Thursday. In a televised speech, President Emmanuel Macron said that Europe will respond “in unity” to Russia’s “act of war”.

After farmers have been complaining about high production costs for months, the escalating Russia-Ukraine crisis has given the issue additional urgency. National agriculture ministers as well as EU lawmakers have expressed concerns about the situation.

The European Commission is working on a revision of the regulation on recycled plastics for food packaging, which according to Jane Muncke, raises concerns about food safety.

Last but not least, check out the weekly roundup of economic news in our Economy Brief.