The Brief, powered by VDMA – A declaration of self–reliance 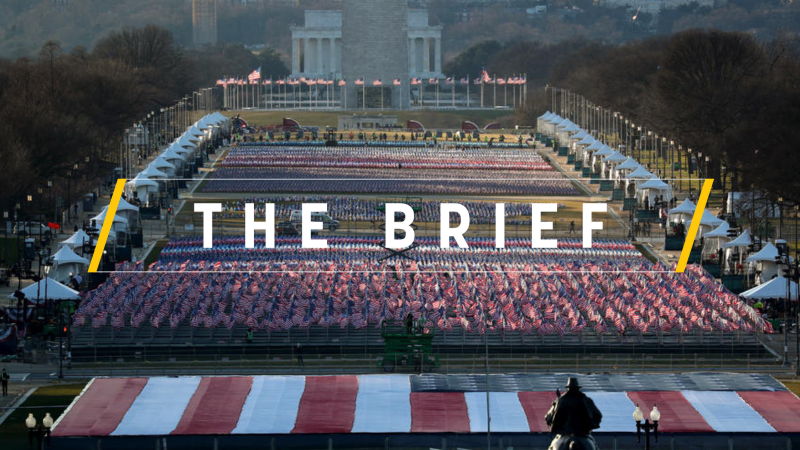 It’s probably fair to say that most European leaders greeted Joe Biden’s defeat of Donald Trump in last November’s presidential elections with a huge sigh of relief. After four years of isolationism, bombast and unpredictability, Biden’s presidency, if nothing else, heralds a return to government by professionals, and an end of diplomacy by Twitter-rant.

Much of Biden’s early months in office will likely be spent unpicking and reversing some of Trump’s most isolationist moves. The US will resume its membership of the World Health Organisation and the Paris Climate Accord.

Yet it would be a mistake to invest too much significance in the transatlantic relationship, and how much will change over the coming four years.

Biden’s room for manoeuvrability will be tightly constrained by the need to ameliorate the deep divisions in American society. It may not be ‘America First’ in the Trumpian sense of the word but domestic concerns will be Biden’s first priority.

A survey by the European Council for Foreign Relations suggests that Europeans are well aware that they cannot rely on American diplomatic and military power.

Six in 10 Europeans believe the US political system is broken – one would like to know quite what it would take to convince the other four in 10 – and that China will become a stronger power than the US over the next ten years, according to the ECFR.

That, in turn, should focus European minds on the bloc’s nascent moves towards more harmonised defence procurement and military operations. One issue where Trump had a point was in calling out EU governments in NATO for failing to come close to meeting their defence spending targets.

In foreign affairs, the Biden administration is unlikely to be much more interventionist when it comes to committing boots on the ground than his predecessor. Whether on Turkey or the EU’s neighbourhood in the southern Mediterranean, the Maghreb and the Sahel, Europe is probably going to have to fend for itself over the next four years.

And that is going to mean more spending.

Though national budgets are likely to face tight constraints in the coming years following the COVID inflicted battering the ECFR survey suggests that there is public support for increased defence spending.

Around 70% of people in Portugal, Sweden, Spain, France, and Poland support greater investment in European-level defence. Though now fully outside the bloc, the UK has also announced plans to ramp up its defence spending over the coming years.

Normality may return, perhaps already this year, but business–as–usual will not. If nothing else, four years of Trump has shown that Europe needs to become self–reliant when it comes to defending itself.

EU foreign policy chief Josep Borrell has warned the Iran nuclear deal is at a “critical juncture”, as Tehran’s moves to breach it threaten efforts to get the US back on board.

The Slovak government has emphasised the need to support the digital sector, where the country is lagging behind, but the first plans of the ‘reform menu’, presented in October do not specifically address it.

One response to “The Brief, powered by VDMA – A declaration of self–reliance”