The Brief, powered by VDMA – Can the EU trust Erdogan? 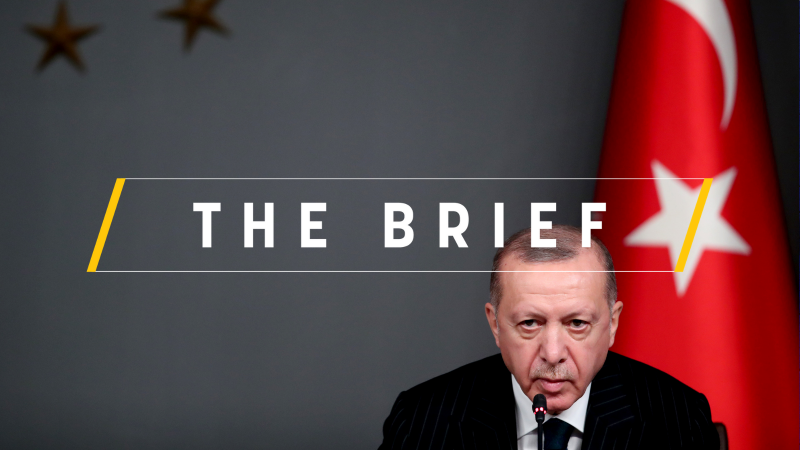 With the visit of Foreign Minister Mevlut Çavuşoğlu to Brussels, Turkey is attempting to change tack vis-à-vis the EU.

Confrontation in the Eastern Mediterranean has led nowhere. More tensions have arisen in Libya, Cyprus and Nagorno-Karabakh. Personal attacks on EU leaders, President Macron in particular, have caused damage that’s difficult to repair.

Besides, the economic situation in Turkey is deteriorating and the country is missing out on economic opportunities. As an example, the bad political climate has caused Volkswagen to reverse its €1 billion investment in Turkey and re-direct it to Slovakia instead.

In short, things are not looking good for Ankara.

With Brexit, Turkey has lost a precious supporter in the EU. Moreover, Turkey is uncomfortable with the new Biden administration, anticipating an end to the US laissez-faire approach in Syria under Trump, and the resumption of Washington’s support for the Kurdish PKK considered a terrorist organisation by Ankara.

A “new beginning” with the EU and the start of bilateral talks with Greece to find solutions over the Aegean Sea are clearly in the interest of Turkish President Recep Tayyip Erdoğan.

Besides, the Turkish strongman lives in constant fear of a military coup d’état, a tradition in his country. The more catastrophic the situation in and around Turkey, the more likely a coup becomes.

For Erdoğan, the improvement of relations with the EU is a matter of survival.

For its part, the EU has decided on a carrot-and-stick policy towards Ankara, which includes a positive political agenda with a specific emphasis on the modernisation of the Customs Union and trade facilitation, people to people contacts, high-level dialogue, and continued cooperation on migration issues.

The question is, of course, how credible is Erdoğan’s change of tactics, and how to avoid the EU ending up looking stupid, or at least naïve, by making overtures to a cheating tyrant.

The heavy historic and legal background of the dispute between Turkey and Greece in the Aegean Sea only suggests how long and difficult the talks to delimitate the territorial waters, the continental shelf, and exclusive economic zones could be.

But the proof of the pudding is in the Greek-Turkish bilateral talks.

It was the right decision to keep them outside the EU framework, but Brussels should still keep an eye on them. Because in the absence of progress, the EU should have no reason to extend the carrot to Ankara. Not to Erdoğan, in any case.

EU leaders will grapple Thursday with the threat of new coronavirus variants whose spread risks outpacing the hope that vaccines will put a quickish end to the pandemic in Europe.

Russia is responsible for human rights violations, including loss of life, torture, disrespect of property and privacy occurring in Georgian breakaway regions of Abkhazia and South Ossetia as it had effective control of the territories after the 2008 Russo-Georgian war, the European Court of Human Rights declared.

A coalition of 33 business and civil society groups have urged the European Commission to prioritise renewables and energy efficiency over hydrogen as part of Europe’s efforts to decarbonise buildings.

More than 1.1 million people demanded that the European Commission do more to protect minorities, but Brussels neglected to take action. German minority associations are outraged and are trying to build up the pressure on European level.

In at least one global economic ranking, Slovakia consistently occupies first place – car production per capita. The sector accounts for 13% of Slovakia’s GDP, almost 50% of its industrial production, and 46% of the country’s exports, but this reliance is also fraught with risks, particularly in times of growing digitisation and green ambitions.

One response to “The Brief, powered by VDMA – Can the EU trust Erdogan?”