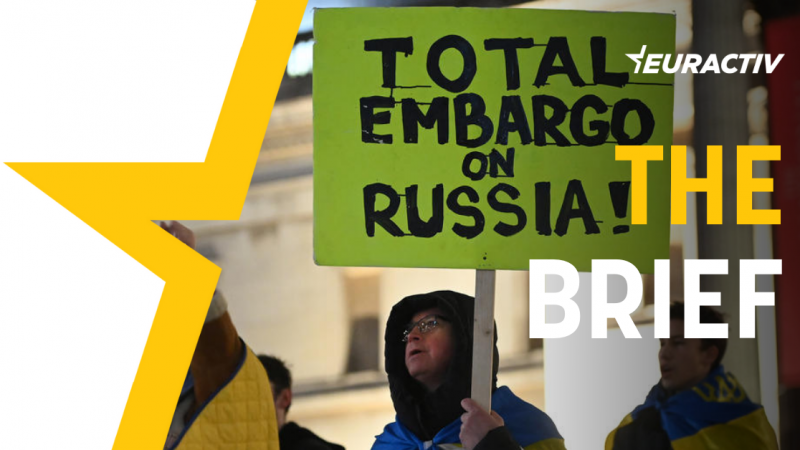 Vladimir Putin’s war in Ukraine has entered the third week with no end or victory in sight. No matter how many advances he makes on the ground – at the price of committing massive atrocities –  this is a war he cannot win and should not have started in the first place.

The Russian army has become a joke. Moscow’s stated objectives of crushing the Ukrainian military (in Kremlinspeak: demilitarising Ukraine to stop “genocide”) and ousting (“de-Nazifying”) the pro-West elected government of President Volodymyr Zelenskyy remain out of reach.

If Putin imagined that this war would be a sequel to the 2014 Crimea annexation that went smoothly, then he made a big mistake.

The Ukrainians did not surrender. Despite their limited military capacity and little help from abroad, their motivation, good organisation and planning have proved effective against the aggressor.

Putin obviously also miscalculated the magnitude of the Western-led sanctions, effectively severing the Russian economy and government from international financial markets. Ordinary Russians will suffer the consequences of their leader’s decision to go to war against a sovereign country- one populated by brotherly kin.

Jokes inspired by the war are starting to appear in Russia.

“Mom, I have been taken prisoner,” a young recruit calls from Ukraine.

“Son, I’m in Ikea, will call you later,” his mother answers from Moscow.

The joke is that it is important to get a bargain before the store closes for good.

At this stage, Putin has no better option than to seek a peace settlement – and fast. Whether he will follow that path or continue the war, we do not know.

Zelenskyy, who has performed his role as commander-in-chief of Ukraine’s resistance with grace and dignity, has already signalled readiness to respond to some of Putin’s demands, notably giving up NATO membership ambition and Ukraine remaining neutral.

There are also indications that he could recognise Crimea as Russian and seek a way for the Ukrainian breakaway regions of Donetsk and Luhansk to continue to exist as independent states.

If Putin could make rational decisions, he would jump at the opportunity, get a deal signed and announce to the Russians that he has won. The world would know that he has lost, but this would matter little for him.

Putin would, of course, ask the West to lift all sanctions against Russia, and he would waste no time demanding that the West also recognise Crimea’s annexation and the independence of the so-called republics of Donetsk and Lugansk.

In principle, some demands can be made when a country is a victor. But Putin is not a victor and he does not make rational decisions.

The West should not lift its sanctions against Russia unless Moscow agrees to pay Ukraine substantial war reparations and unless war crimes are appropriately investigated and brought to trial.

But even with a peace agreement signed, business as usual with Putin’s Russia will be out of the question. After Putin, maybe. But Europe should never again fall into the trap of energy dependence – it seems it has learned the lesson the brutal way.

It must be a terrible ordeal for many Russians to be considered part of a country guilty of a dirty war that will mark generations. It is up to them to conduct the de-Putinification.

Reforming an “absurd” European electricity market still dependent on the price of fossil fuels is one of France’s medium-term projects to achieve energy independence, as explained by French economy minister Bruno Le Maire.

Russia announced it would no longer participate in the Council of Europe (CoE), days after the pan-European human rights body suspended Moscow’s rights of representation following the invasion of Ukraine.

Sweden will invest heavily in defence in a historic move that will bring military spending in line with NATO’s goal of 2% of the GDP, according to an announcement by the government on Thursday.

The EU is unlikely to go hungry as a consequence of the war in Ukraine, but it could have a devastating impact on areas of Africa and the Middle East, according to farming boss Pekka Pesonen, who called for an ‘enhanced’ Green Deal package to maintain both quality and quantity in the European food supply.

A new special committee to oversee lessons learned from the COVID-19 pandemic and make recommendations for the future has been greenlighted by the European Parliament on Thursday.

A group of progressive MEPs are preparing to question the European Commission on why Russia’s largest technology company has been excluded from the sanctions list so far, while Baltic states are planning to raise the point in the Council discussions.

Our weekly Economy Brief is ready for you, talking about the next Next Generation EU.