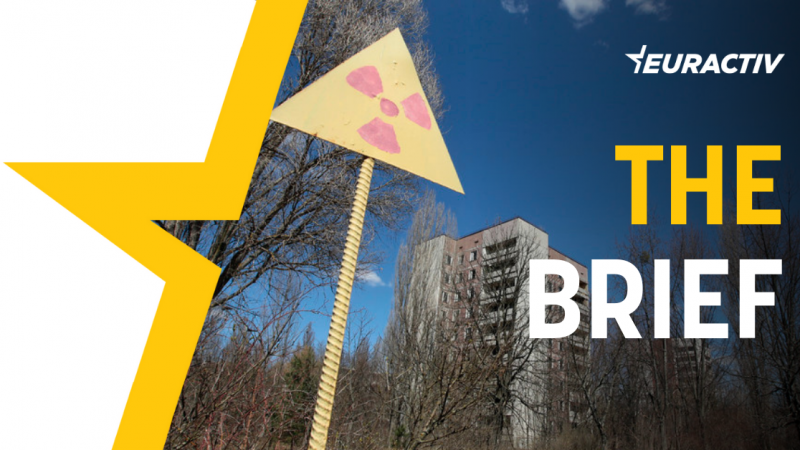 The West is often taken by surprise when it comes to Russia because we fail to pay sufficient attention to Vladimir Putin’s fake narratives.

Putin calls his war in Ukraine a special operation to “de-Nazify” a country whose leadership he accuses of conducting “genocide” against ethnic Russians.

A red flag should have gone up as the European Commission service that deals with Russian disinformation recently reported that the mentions of “genocide” in pro-Kremlin media increased by more than 500% and ‘Nazi’ by more than 290% in the past three months alone.

When anything like this happens, it means something is afoot. In this case, preparations were underway in the Kremlin for the fake narrative to replace reality or be an excuse for the imminent invasion.

This communication pattern should not be taken lightly. On the contrary, the risk of a nuclear accident in Ukraine, a country with four nuclear plants and 15 nuclear reactors, should be taken very seriously.

Should a nuclear accident happen, Russia would be entirely responsible. Our assumption is that the Kremlin propaganda has invented the Ukrainian ‘dirty bomb’ narrative precisely in order to counter this perception.

And it doesn’t matter if Western public opinion buys such an explanation. It is enough to sow doubt and make sure the Russian public, or most of it, swallows it up.

When Putin says something, it should be seriously analysed because while his narrative may be fake or even crazy from our perspective, for him, it is all too real.

If Putin puts his nuclear forces on high alert, called “special combat readiness” (Level 2 on a scale of 4), this should be taken seriously. Putin has said and repeated that “if the world doesn’t include Russia, why should it (the world) continue to exist?”

Moreover, it does not even have to be an actual attack. For Putin, a perceived attack on Russia from NATO could be all it takes to trigger the nuclear holocaust.

The risks are similar in the case of Russia’s military defeat in Ukraine, coupled with an implosion of Putin’s Russia fuelled by a growing anti-war sentiment of its population. Putin could interpret such a development as the West trying to erase Russia, and as per his logic, the world should not continue to exist.

And this would be a perilous moment for the world.

As cynical as it may sound, it is not in the West’s interest for Putin to suffer too big a humiliation because he would only become even more unpredictable.

Putin’s presumed plan is to occupy the whole of Ukraine and dictate an agreement with the West, on his own terms.

Those would include recognising the annexation of Crimea and the Ukrainian territories Russia will further annex, de-militarising Ukraine and putting in place a puppet government, lifting all Western sanctions, and some sort of a straitjacket for NATO, lest it should try to expand further to the East.

However, the present quagmire augurs more of a Vietnam-type of defeat for Putin’s army, which may look technologically superior but could not possibly win against guerrilla-type resistance.

In such a scenario, Putin could be tempted to use tactical nuclear weapons to knock out the resisting cities. This is a possibility the West should be aware of and it should take measures to minimise the fallout – if, as it appears, the democratic world is unable to prevent it – because the contamination would spread to most of Europe.

We are sorry for the ominous messages. Let’s be prepared for the worst while hoping for the best.

Russia announced new “humanitarian corridors” on Monday to transport Ukrainians trapped under its bombardment – to Russia itself and its ally Belarus, a move immediately denounced by Kyiv as an immoral stunt.

Russia appears to be preparing measures to tighten control over the internet, under the guise of seeking to be more resilient against cyberattacks, according to an internal document circulated on social media and comments by Russian officials.

Hungary will allow NATO troops to deploy in western Hungary and weapons shipments to cross its territory to other NATO member states, according to a government decree signed on Monday.

The war in Ukraine might upset the European Union’s ambitions to become a leader in chip production, but Russia is set to pay a direr price in the long term.

Ukraine’s government has introduced export licensing of key foodstuffs including wheat, corn, poultry meat, and sunflower oil, according to the Ukrainian news agency Interfax Ukraine, as EU farmers sound the alarm over food security across the bloc.

The French Renaissance delegation of the European Parliament’s liberal Renew Europe Group opposes the list of Projects of Common Interest (PCIs) which sets aside €13 billion for gas projects in Europe as Russia’s war in Ukraine rages on. EURACTIV France reports.

Check out this article as part of our special report Addressing the digital gender divide: Women are underrepresented in digital sectors and the gender gap in STEM fields starts from a young age. There have been some developments when it comes to addressing this but progress has been slow and further action is needed, Sabine Herlitschka, CEO of Infineon Technologies Austria, told EURACTIV.