The Brief – The anti-Americanism challenge 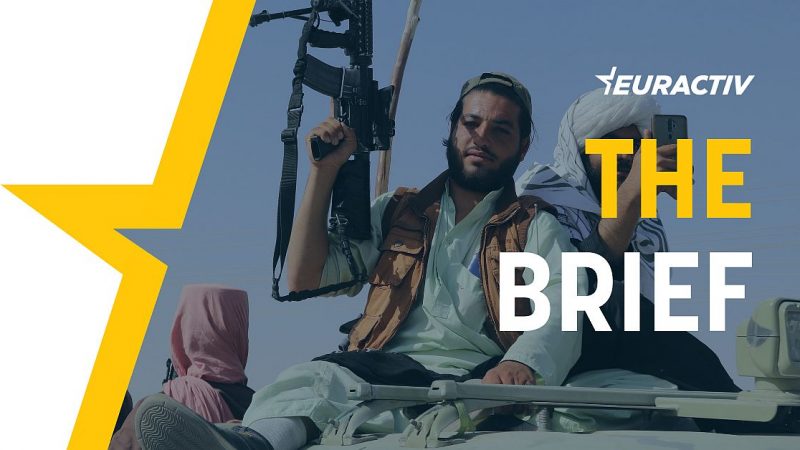 Expect new jokes because, after the scandalous and messy withdrawal of the US troops from Afghanistan, anti-Americanism is fashionable again. In Europe, it has fertile ground, because our continent feels victimised by the withdrawal that threw Afghanistan into chaos.

The anti-American narrative says the US has withdrawn to weaken the EU, which faces an immigration wave it cannot cope with.

It builds on assumptions that the US has led all the wrong wars, especially in Iraq, where no weapons of mass destruction were found. Even Osama Bin Laden was tracked down and killed in Pakistan, not in Afghanistan.

The US is therefore suspected of waging wars only for the profit of its military-industrial complex. Worse still, they are suspected of creating chaos on all other continents, because presumably they feel this makes them better protected on their own continent.

Anti-Americanism is uneven in the EU. In France, it has almost been the default national policy since Charles de Gaulle.

In Germany, it’s forbidden and only the extreme left engages in it, but Die Linke has now become a potentially important factor in the context of the 26 September elections. It is not by chance that Merkel’s CDU has lashed out preemptively against the SPD, who are suspected of planning to team up with Die Linke, if they win the elections.

In Eastern Europe, anti-Americanism is the favourite toy of the pro-Russian forces. They are in most cases in opposition, but sometimes sit in governments that pretend to be pro-Western, although sometimes the Americans don’t realise this.

Those who profit from anti-Americanism in Europe are Russia and China. Russia has a powerful propaganda machine and without any doubt, will use it to portray itself as a exemplar of world stability, compared to Joe Biden’s America.

Moreover, the recent attack on the Capitol has given ground to Russian commentators to question the solidity of US democracy.

China’s message so far has been that it is unfairly targeted by the US, and it will use the opportunity to claim that all-powerful America is in fact surprisingly unreliable when it comes to taking big geopolitical decisions.

The US should, in theory, have the best intelligence, including detailed air surveillance, but they didn’t spot the rise of the Taliban. Why then should the EU trust the Americans when they say it should refrain from developing ties with China?

Still, the EU should say ‘no’ to primitive anti-Americanism. It has the duty to stay alert and preserve transatlantic relations, despite this difficult moment.

The Afghanistan cold shower is also a timely reminder that the return of a mainstream politician to the White House doesn’t solve all the geopolitical problems, and that the EU needs to be a world power of its own.

The EU needs to engage much more strongly, and fast, with Central Asia, India, Pakistan, Iran, if it doesn’t want to become the victim of the US shortfall in Afghanistan.

And although transatlantic relations remain paramount for the EU, in the longer term, our Union should manage its relationship with Russia and China as a world power, not as a US subcontractor.

Based on current evidence, the European Centre for Disease Prevention and Control (ECDC) says booster vaccine shots are not urgent for most fully vaccinated people. However, third doses for those with weakened immune systems “should already be considered now.”

Still within the realm of the pandemic, German political parties are consistently divided over whether and how the EU’s role should be strengthened in terms of COVID-19 policies, as the nation’s 26 September general election nears. Their stances range from support for a stronger European Health Union to concerns that deeper cooperation would undermine the national healthcare system.

Speaking of changes: remember the EU Emissions Trading System (ETS)? The ETS is the world’s first international emissions trading system, and it has had its fair share of issues since its conception — many of which the ​​European Commission hopes to fix. Most notably is the carbon price, which is generally deemed to be too low.

In terms of emissions, Royal Dutch Shell is in hot water with the Netherlands’ advertising watchdog, which claims the company’s ‘Drive CO2 Neutral’ ad campaign is greenwashing. Critics say Shell has not provided evidence that it is offsetting emissions in full.

In other news, Ireland’s Data Privacy Commissioner (DPC) has fined WhatsApp a record 225 million euros for data transparency violations. WhatsApp said the fine was “entirely disproportionate” and that it would appeal.

Meanwhile, France and the Netherlands have joined forces in a quantum technology memorandum aimed at strengthening bilateral cooperation in high-performance supercomputers. The agreement includes more collaboration across the board, as well as investments and new jobs.

Last but not least, from the UK: The British government has granted permission for a series of field trials of gene-edited wheat for the first time in Europe, marking a significant move away from the EU’s stance on the matter.

One response to “The Brief – The anti-Americanism challenge”