The Brief – The new fascism? 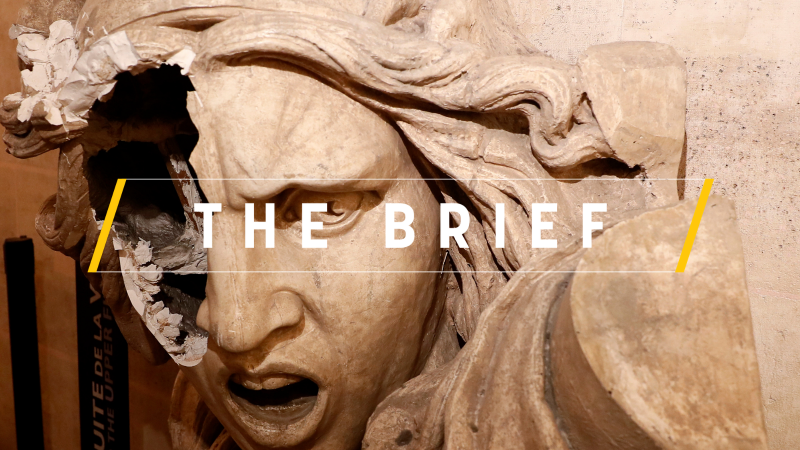 Last week’s storming of the Capitol by Donald Trump’s supporters calls for serious reflection. EU foreign affairs chief Josep Borrell has already published a blog post to that effect, titled “The events in Washington and what it means for Europe”.

He recalled the Franquist assault on the Spanish Congress in 1981 and warned that “all over the world, there are political leaders – in opposition and also increasingly in power – ready to undermine democratic institutions”.

In the same key, European People’s Party President Donald Tusk tweeted that “there are Trumps everywhere, so each and everyone should defend their Capitol”.

It’s impossible not to recall the riots of the Yellow Vests in Paris and their storming of the Arc de Triomphe, the destroyed face of Marianne, the symbol of the French republic.

The Yellow Vests didn’t have a leader but they could have stormed all the institutions and public buildings in Paris, just as it happened in 1789, if the French police had not been prepared to be heavy handed.

The same goes for German demonstrators, many of them with far-right sympathies, who broke through a security cordon and ran up the steps of the German Bundestag building in August, before police dispersed them.

In the United States, but also in Europe, there are many people, not necessarily marginal, who deeply mistrust the establishment.

These people tend not to believe in vaccines and prefer conspiracy theories to scientific facts. They despise mainstream media and find comfort in biased or fake news on the internet.

They are convinced that Trump had won the US election but that the victory was stolen from him, and and nothing and nobody can persuade them that this is not true.

They like authoritarian and xenophobic leaders and their enemy is liberalism, embodied by George Soros or Bill Gates, who wants to use vaccination to implant chips in humans, they say…

And we are not speaking about Americans only – there are millions of like-minded people across the EU.

Many of them are our neighbours. I recognise many of them among my 3,000 Facebook friends. I hope I’m wrong, but I sense that their number is growing fast.

Is there a design behind the movement? Is this the 21st-century fascism?

I cannot answer these questions, but when I read about the early years of Hitler in power, I am always startled by the number of admirers he had in other countries, even among their elites, even though the burning of books had already started.

What are we to do?

Borrell speaks about fighting disinformation and re-shaping globalisation, mentioning the existing EU initiatives. Frankly, we are not convinced this is enough to turn the tide.

The right answer should be strengthening international institutions and multilateralism because the global challenge plays on international divisions.

The international climate has never been so bad since the end of the Cold War. So this is the right time to improve it. Later might be too late.

It is “no longer acceptable” for social media giants to take key decisions on online content removals alone, following the high profile takedowns of US President Trump’s accounts on Facebook and Twitter, the European Commission has said.

The European Commission denied the existence of bilateral vaccine contracts between individual EU countries and manufacturers, emphasising that this is not possible under the joint procurement agreement. This directly contradicts the Portuguese EU presidency, who confirmed such deals last week.

The centre-right government of Kyriakos Mitsotakis has been increasingly using “tyrannical” methods such as controlling the media to keep the opposition voices in check, Greece’s former foreign minister Nikos Kotzias told EURACTIV, warning also about the closed power system of oligarchs that blocks any progress in the country.

The EU has “excessively politicised” the negotiations between Ankara and Brussels, Turkey’s Minister of Foreign Affairs Mevlüt Çavuşoğlu told EURACTIV’s partner EFE in a written interview, calling on the bloc to take a more positive approach.

Europe’s local politicians want a bigger role in establishing the future relationship between the EU and the UK.

In December 2019, shortly after she took office, Ursula von der Leyen unveiled her first flagship policy – the EU Green Deal. Since it is a work in progress, many of those policies were unveiled last year, and there are more to come this year.

The French senate is set to debate an inquiry committee report on soil pollution after residents of the Ormes district in the Paris Commune of Romainville opposed a housing project on a very polluted plot of land.

One response to “The Brief – The new fascism?”