The Brief — Wanted: A grown–up debate on migration 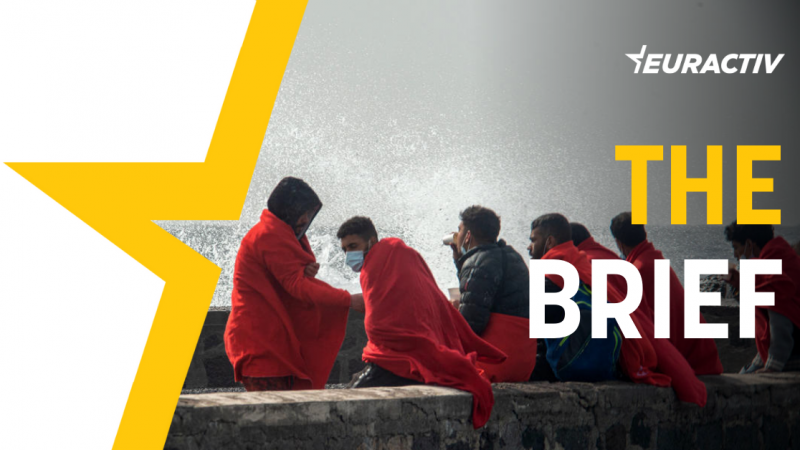 Stop the press; migration from the Middle East and North Africa into Europe is not going to end.

If we accept this blindingly obvious statement, then it is baffling that European leaders appear unable to imagine anything other than tougher border controls as a solution. Even through Fortress Europe does not work.

If you are desperate enough to attempt the journey across the Mediterranean Sea in a small boat, the idea that maritime ‘pushbacks’ and more border guards are going to deter you is for the birds.

Young Africans are becoming increasingly frustrated that the European fortress is hard to penetrate. But that is obviously not enough of a deterrent as we see migration flows pick up once again.

Next month, EU and African leaders will gather for a summit previously delayed for two years by the COVID-19 pandemic. Migration will be a hot topic because it always is.

Hopefully, they will have a more grown-up and honest debate than a rehash of the usual:  European preoccupation with border control and African demands for cash to control borders.

For the EU and Africa to move forward on migration, we will need to see clear systems of legal pathways and exchange programmes offered by Europe, alongside African commitments on migration control and readmission. For a political bargain to be struck, they have to go together.

The political will to get there has not been there in the past. But there appears to be a growing recognition from European leaders that its offer on migration will have to improve.

At a panel discussion on Thursday, Greek Prime Minister Kyriakos Mitsotakis emphasised the need for ‘organised migration and legal pathways’. However, he added, African countries need to cooperate more on the readmission of people who do not have the right to reside in Europe.

These legal pathways do not have to mean reinventing the wheel.

Spain and Italy already have bilateral migration agreements with Morocco, Tunisia, and Senegal for seasonal workers. Alongside training and student exchange programmes, such programmes benefit both Europe and Africa and could easily be expanded.

Not everyone appears ready to face reality though.

Earlier this week, following a ministerial meeting in Brussels, Hungary’s Foreign Minister Peter Szijjártó insisted that “migration waves from Africa should be stopped rather than encouraged, and security needs to be improved [in the region] in order to achieve that.”

According to him, Europe should pursue the same failed policy, but with a sharper stick, in other words.

That kind of rhetoric will undoubtedly play well at home, but as policy, it is futile and intellectually dishonest. If you repeat the same tactics, it is madness to expect a different result.

In an exclusive interview, MEP Sophie in ‘t Veld shared some insights from Thursday’s (27 January) European Parliament Rule of Law and Fundamental Rights Monitoring Group (DRFMG) session, which she chaired, where the Bulgarian Prosecutor General Ivan Geshev and the new Prime Minister Kiril Petkov were auditioned.

The EU needs to look at offering African states a new regime of organised legal migration routes, alongside cooperation between both sides on security and border control management, Greek Prime Minister Kyriakos Mitsotakis said on Thursday.

The European Commission’s denial of access to text messages between Commission President Ursula von der Leyen and Pfizer CEO Albert Bourla was a clear case of ‘maladministration’, according to the EU Ombudsman.

The consortium advising the European Commission on suitable sources for the production of sustainable biofuels has come under fire for failing to disclose the criteria used to evaluate feedstocks to industry.

Hackers from ransomware gang Lockbit 2.0 claimed to have hacked into the French justice ministry on Thursday (27 January). They said that if the ransom is not paid by 10 February, the stolen data will be published. EURACTIV France reports.

With France holding the EU Council presidency until July and a Social Democrat-led government in power in Germany, hopes are high in Brussels for progress on key labour-related files like the revision of the European Works Council (EWC) Directive.

Jörg Meuthen, the longest-serving, moderate leader of the German far-right Alternative for Germany (AfD), has quit due to concerns the party is veering too far right in its ideology.

Meanwhile, investments are needed to avoid a situation where some patients’ needs are not covered because they suffer from a rare condition, according to Sandra Gallina, director at the European Commission’s DG SANTE. The market will not regulate itself when it comes to finding solutions to rare diseases, she said, adding there is pressure to kickstart innovation on orphan drugs.

In other news, EU lawmakers working on revising the land use, land-use change and forestry regulation (LULUCF) are split over the European Commission’s idea to merge the sector with the agricultural industry in the 2030s.

France’s competition watchdog announced on Thursday it would look into the competitive functioning of the cloud market as local players accuse US tech giants of unfair practices. EURACTIV France reports.

In Germany, Facebook must allow the use of pseudonyms on its platform, the country’s Federal Court of Justice ruled on Thursday (27 January). Until now, Facebook users were required to use their real names. EURACTIV Germany reports.

Getting enough volume is the first challenge for recyclers when it comes to dealing with lightweight packaging such as crisp packets and food wrappers. To boost quantities and make recycling worthwhile, the European Commission is looking at ways of harmonising waste collection across the EU.

Finally, don’t forget to check out our latest Digital Brief and Agrifood Brief for a roundup of weekly news.

One response to “The Brief — Wanted: A grown–up debate on migration”