The Brief – What if Putin wins without firing a shot? 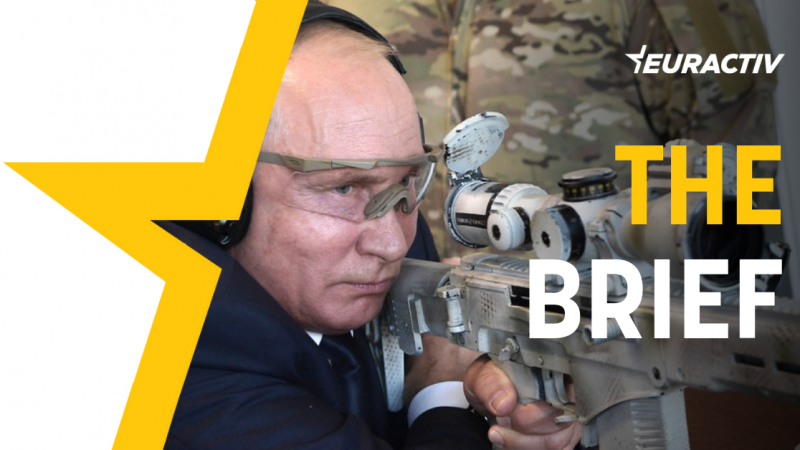 When Western analysts imagine a war between Russia and Ukraine, they likely conjure up images of World War II: Tanks, troops and aeroplanes.

On the ground, the massive build-up of Russian troops close to Ukraine’s borders and Ukrainians digging trenches only reinforces the cliché.

But this war-like scenery could also be misleading.

The Russian ‘siloviki’ elite, of which Putin is the leader, are exceptionally fond of hybrid forms of warfare. In their playbook, the optimum outcome is to achieve military victory without direct armed conflict.

Suppose the Kremlin succeeds in destabilising Ukraine economically and politically to the extent of achieving regime change after several months of tensions at the borders. In that case, their military will have won without firing a single shot.

Unlike the West, the Ukrainian leadership appears to be aware of these tactics. This is why Kyiv is so irked seeing Western countries evacuate embassy staff and airlines cancel flights. Such moves play right into the Kremlin’s goal of destabilising Kyiv.

The big question is whether the Ukrainian society can remain predominantly pro-Western after a long siege and the related hardships. Russia’s bet appears to be that it cannot. Which, consequently, will generate unrest and a change of government.

Moreover, Russia knows how to pull the strings in a country that was once part of its Soviet Union. Never doubt that Putin has a dormant full-size Ukrainian government in his pocket, ready to be activated.

To win this hybrid war, the Kremlin needs the West to lose interest in the face-off on its eastern flanks. That’s easy because once a war is not considered imminent, the West will look elsewhere and continue to do business with Russia.

But that’s not all Russia is betting on: The West could also become discouraged from investing in Ukraine because, let’s face it, no one wants to invest in an environment that is unstable and plagued by sabre-rattling.

And then, the collapse of the Kyiv regime will come naturally.

So what could the West – and the EU – do to avert such a scenario?

Clearly, Ukraine would need massive economic and political support at unprecedented levels. The author of this Brief is not sure if the West would be that generous. Furthermore, a recent EURACTIV network article suggests that not all EU countries are ‘hot’ about Ukraine.

And Russia will try its best to encourage them to keep their distance.

The West should also be ready to apply sanctions on Russia, not on the condition that it invades, but if the Kremlin keeps its stranglehold on Ukraine.

Again, we are not sure that such a move is realistic.

Germany appears to accept that Nord Stream 2 should be axed if Russia invades. But does it mean that if Russia does not invade (but only achieves the same goals in a hybrid form), the pipeline should come onstream?

Russia is prepared for hybrid war – and diplomacy. The West is not.

Russian President Vladimir Putin has told Italy that Russia is ready to increase its gas supplies to the country if needed, the Russian ambassador to Italy Sergey Razov said on Thursday (17 February).

Russian-backed rebels and Ukrainian forces traded accusations on Thursday (17 February) that each had fired across the ceasefire line in eastern Ukraine, raising alarm at a time when Western countries have warned of the possibility of a Russian invasion any day.

An EU report on beating cancer was adopted by a large majority of MEPs on Wednesday (16 February), after conservatives’ amendments loosened up zero-alcohol recommendations.

France and its European partners involved in the fight against Islamist militants in Mali have decided to start the coordinated withdrawal of their military resources in the country, a joint statement said on Thursday.

Last but not least, the regular Beyond the Byline podcast is also ready for your perusal.