The Brief – Who will pay the price of sanctions? 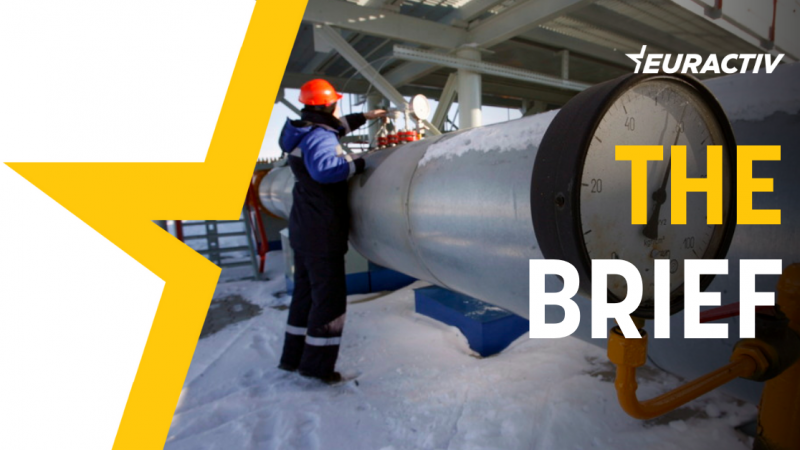 Is it possible for the EU to punish Russia for its advances on Ukraine through sanctions that will not also hurt member states? This is a question keeping diplomats busy. However, these sanctions need to be decided on soon, in case of a Russian incursion.

The EU previously imposed sanctions against Russia following the illegal annexation of Crimea. Russia responded with counter-sanctions, including a total food imports ban.

The sanctions had the desired effect of weakening Russia’s economy. Still, the counter-sanctions also caused damage to several EU countries, especially those specialising in agri-food exports, to the tune of billions of euros.

Sanctioning Russia is not an easy decision, knowing that the EU relies on it for roughly 35% of its gas imports. A minor Russia-Ukraine spat in the winter of 2008-2009 stopped gas flows and left parts of Europe in the cold.

One of the heaviest Western sanctions envisaged is cutting Russia from Belgium-based SWIFT, the messaging system used by 11,000 banks in 200 countries for cross-border payments.

A problem, reportedly raised by Germany, is that Europe would still need to import gas from Russia and pay for it. Even if an alternative payment system is implemented, gas disruption could be very harmful to EU countries.

But if the West drops the SWIFT idea, gas flows would still be impacted. Unless the conflict spirals, supplies of Russian gas via TurkStream are likely to remain unchanged, but the remaining flows across Ukrainian territory would stop.

In the absence of another alternative, that would make it rather difficult to ‘sacrifice’ the Nord Stream 2 pipeline, currently seen as perhaps the hardest-hitting EU sanction.

Western companies ranging from BP and Shell to Exxon have stakes in the Russian oil and gas sector and will be exposed to risks, just as the Western banking and retail sector is active in Russia. Some EU countries are less supportive of sanctions, and this is why Putin is courting their business representatives.

But even in the US, the American Petroleum Institute, the largest US lobbying organisation for oil and gas drillers, asked for sanctions to be targeted to limit potential harm to US competitiveness.

Indirectly, a Russian invasion would inevitably impact oil prices at a time when they are already high, as well as stoke inflation. A blockade of the Black Sea could impact wheat and corn exports from the region and see global food prices soar.

Overall, the economic losses from the expected conflict could outweigh the economic slump from COVID-19, for which the EU has put in place a recovery fund of €750 billion.

To help maintain EU cohesion and make the sanctions and the related hardships sustainable over time, we must assume that the EU will need a similar effort, and direct it at building a more credible Europe in the global context.

Both US and NATO said on Wednesday they had set out a diplomatic path to address sweeping Russian demands in Eastern Europe, as Russia intensified its military build-up near Ukraine with new drills.

The new Clinical trial regulation (CTR) – which enters into force at the end of the month – and the Accelerating clinical trials initiative (ACT EU) aim to gain back the EU’s position among clinical research leaders worldwide.

The European Commission sent a letter to WhatsApp on Thursday asking how its new privacy policy meets the EU consumer protection requirements and clarifications on the exchanges of personal data with the parent company Meta.

Despite an interesting agenda at the Conference on the Future of Europe (CoFoE) plenary at the European Parliament in Strasbourg over the weekend, citizens who took part felt that EU lawmakers were not really interested in following up recommendations fairly or concretely.

A stable, flexible policy framework with a vision to facilitate investment and stimulate innovation will unleash bioenergy’s full potential as a flexible contributor towards climate neutrality that offers meaningful job creation and economic growth.

Germany will supply 5,000 military helmets to Ukraine to help defend against a possible Russian invasion, it said on Wednesday (26 January) – an offer Kyiv mayor and former world champion boxer Vitali Klitschko dismissed as “a joke” that left him “speechless”.

Denmark will remove virtually all COVID restrictions from next Tuesday (1 February) despite record infections, counting on a high vaccination rate to cope with the milder Omicron variant, the government said.

Simple design and using at least 90% of the same plastic is the key to making packaging for foods like crisps and chocolate easier to recycle, according to the industry. To tackle the climate crisis, the European Union seeks to promote the transition to a circular economy where products use less material, contain more recycled content and are easily recycled or reused.

At a closed session of the European Parliament in Brussels on Thursday, new Bulgarian Prime Minister Kiril Petkov said twenty people led a deeply entrenched system of graft in the country. But he named only one of them.