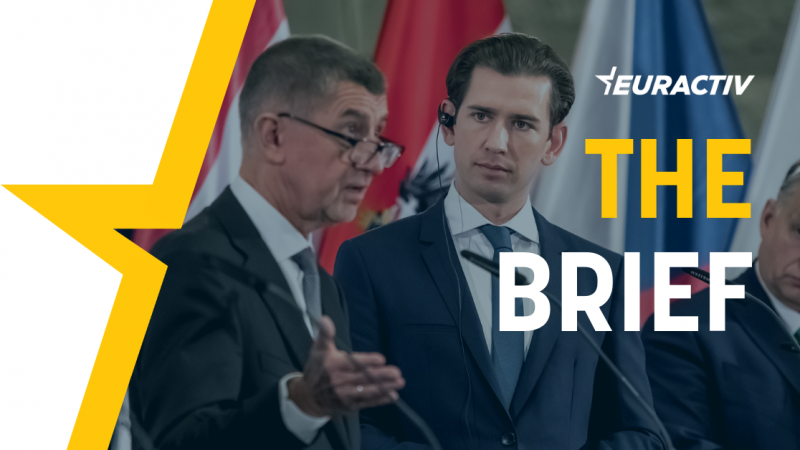 The rise of the Taliban in Afghanistan is a tragedy for the Afghans, but it has also provided a sad indication of the growing xenophobia in the EU.

Few realise the plight of the majority of Afghans, who have suddenly been returned by force to the darkest Middle Ages, largely because of a US decision that for them amounts to treason. It is only natural that they would try to escape back to the 21st century, even if it means putting their lives at peril.

But Europeans don’t want Afghan refugees. It’s not breaking news that Europe doesn’t want another migration crisis like in 2015-2016, though the EU has not yet, officially, at least, abandoned the general principles of asylum policy, which offers assistance to third-country nationals in need of international protection.

With the Afghan crisis, however, the discourse is changing.

“Protection yes, but elsewhere. It doesn’t matter where, it could be in Central Asia, but not in the EU, and certainly not in my country”, this is what we hear from politicians more and more often. And not only in the Visegrad countries. Their neighbour Austria has actually taken the lead, and others are silently siding with its prime minister, Sebastian Kurz.

The reason is probably that the expected wave of refugees is important, but also because they are Afghans and as such, perceived as dangerous. “There is no place for Afghan refugees in the European Union”, said Czech Prime Minister Andrej Babiš, alongside Austria’s Kurz and Slovakia’s Heger. It is simple as that.

By the way, during the Cold War, Austria’s Traiskirchen camp was the gateway to the West for tens of thousands of fugitives from Eastern Europe (many of whom left for the US). Europe’s asylum policy at the time was also an instrument to weaken communism on its eastern flanks.

At that time, communist countries were building walls and fences, not to stop incoming migrants, but to prevent their own people from leaving.

But when communism crumbled, and people from other regions, other ethnicities and of the Muslim religion, started arriving, the same asylum policy, based on human rights principles, became apparently unsustainable.

Hypocrisy and xenophobia go hand in hand. And the times, they are a-changin’.

A few years ago, Kurz described publicly how impressed he was by Malala, a victim of the Taliban in Pakistan for having fought for her right to go to school.

Malala, who went on to win the Nobel Peace Prize and become a symbol of the fight for female education, has many thousands of little “sisters” in Afghanistan. What chance is Kurz giving to them? The chance to be killed in Afghanistan, or to die on the perilous journey toward the EU border?

Border, or wall? Because today it’s the EU that is erecting fences.

“Pushbacks at borders are illegal”, the European Commission said in 2013. Today we have pushbacks at the Turkey-Greece border, at the Belarus-Lithuania or Belarus-Poland border, among others, but nobody wants to see them, including the EU border agency, Frontex. They see only “incidents” and seek “clarifications”…  bEUreaucracy at its worst.

“Promoting the European Way of Life”, the controversial title of a Commissioner in the current executive, is becoming an excuse for building a ‘fortress Europe’.

It seems like another era when former Commission chief Jean-Claude Juncker said “We want to build bridges, not walls”. The bridge is a symbol of the EU. Have you noticed that there is a bridge on each euro note? Or is it an outdated symbol?

Of course, there are voices of wisdom.

Italy’s president, Sergio Mattarella, has warned that the EU politicians who say Afghans should stay where they are “do not live up to the values of the EU”. But in that same Italy, the far right is getting stronger, largely on an anti-migrant agenda.

The EU’s freshly published 2021 Strategic Foresight Report says that in pursuing global leadership towards 2050, the EU will not turn inwards but remain firm on its principles and values and agile in its conduct. The report notes the decline in global democracy but is mum on its decline in the EU.

Before it dares to mention “global leadership”, the EU should answer this question: These famous “European values”, how much are they worth? Aren’t they constantly devaluating? Is this Commission doing enough to uphold them? Or is each Commission doing less than the one before, in a race to the bottom that is as far from global leadership as possible?

Europeans love champagne, and it shows. The European Court of Justice ruled on Thursday that under the EU’s protected designation of origin (PDO), registered names such as “champagne” are protected not only against misuse or imitation but also evocation of the place in which products are made. This marks a win for the French champagne industry in the legal battle against Champanillo, a small Spanish restaurant chain.

Less than four months before France takes on the EU Council Presidency, President Emmanuel Macron announced that he will call for a “phase-out” of pesticides and an end to imported deforestation. France will control the presidency in January 2022.

But according to several climate stakeholders, current emission reductions are not on track to meet Europe’s more ambitious climate goals by 2030 and 2050, respectively. Stakeholders emphasise the importance of carbon removal strategies — but will the EU support these strategies with updated policies?

In her upcoming State of the EU address, European Commission president Ursula von der Leyen is expected to highlight the success of the EU’s vaccine strategy and COVID-19 certificate. EU officials also expect the president to discuss the EU’s “strategic autonomy” and connections to the current situation in Afghanistan.

And on that note — the EU border agency chief says an influx of Afghans seeking asylum is expected, regardless of whether a mass evacuation occurs. EU leaders emphasize that Afghans will not be sent home to an unsafe country, but people from neighbouring countries who pose as Afghan refugees will not be included.

From the Balkans: Hungary, whose government has been at odds with Brussels for a long time, has emerged as a major pro-Serbian lobbyist within the EU and this special “illiberal” relationship was formalised on Wednesday.

One year after its original announcement, computing tech giant Nvidia has officially notified the European Commission of its intention to acquire UK-based Arm, a plan that has raised antitrust concerns and opposition from other major tech firms. The Commission has until 13 October to make a provisional decision.