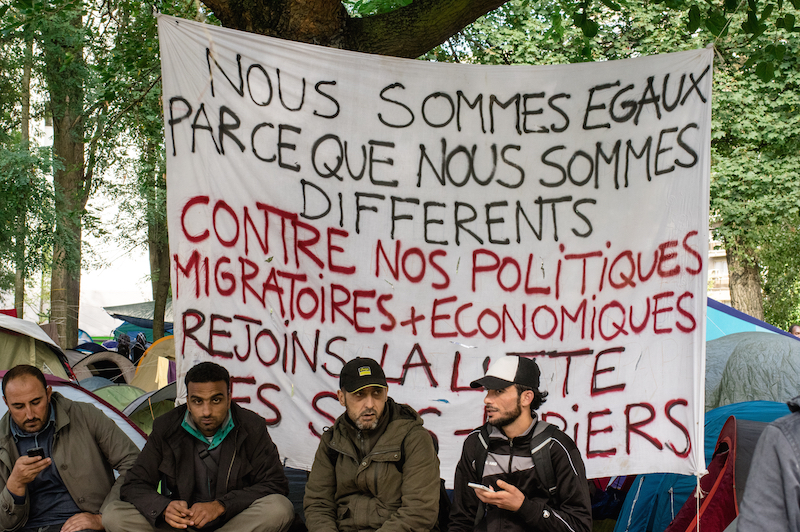 Martin Griffiths is Director of the European Institute of Peace (EIP).

A few years ago, many Europeans would have ignored the annual ‘International Day of Peace’ which is celebrated around the world on 21st of September. After all, it is a UN day that calls for cessation of hostilities for one day. Europe and hostilities? For many of us conflicts and wars happened in faraway countries. It was something for our diplomats to deal with, it was something for adventurous journalists.

But something has changed. Today Europe is surrounded by war and conflict. A simmering war in Ukraine in the East, violent conflicts around the Mediterranean. We are starting to feel the consequences. Building peace should be a priority for all of us. However, giving grand speeches about Europe’s peace agenda is not enough anymore. Instead, we need to reinvent Europe’s approach to peace. Remember that in 2012 the EU was awarded the Nobel Peace Prize for its contribution to “over six decades of peace and reconciliation, democracy and human rights in Europe”?

The EU needs to start behaving like a worthy Nobel Prize Winner. We can’t live in the past, we also need to deal with the problems of today. A good starting point would be to understand that peace begins at home and that the way we deal with problems in Europe says something about our role in the world and how we engage in foreign policy.

The world is watching us

Europe’s role in the world is increasingly defined by how we deal with problems at home. The EU likes to portray itself as a peace actor, it wants to set a good example for the world. But is Europe really leading by example?

The refugee crisis is a case in point. For years, Europe’s politicians have ignored the tragedies in the Mediterranean and too many have turned a blind eye to the situation in the Middle East. This crisis is also a product of Europe’s foreign policy non-actions. We can no longer pretend that inaction is no action and that ignoring problems does not have consequences.

But Europe can also use this crisis to show the world why it won a Nobel Peace Prize. The values of a society are often defined by how it is treating its weakest members. How we treat refugees coming to Europe is one of those challenges that will define if Europe is still able to live up to its values.

For years to come, the refugees that are arriving now will be Europe’s future ambassadors in the world – their stories about Europe and how we welcomed them will spread around the world. These stories will be more important for Europe’s image than the combined efforts of all our diplomats. The question is what sort of stories do we want them to tell to their friends and relatives? A story of peace, progress and the European way of life – or a story of discrimination and tear gas?

On the policy level we need to have serious rethink of the Dublin regulations and a debate about Directive 51 that pushes people to use boats to cross the Mediterranean. We would be well advised to come up with an ambitious integration programme – quotas alone will not solve everything.

European politicians need to base their policy choices on a simple fact: many of these refugees will stay in Europe for the rest of their life. Let’s not repeat the mistakes of the past. Instead, let’s think about how we can offer them a future in Europe. Free language courses, making sure children enrol in school, opening the job market are simple things that will truly make a difference. Of course this is a hard sell for politicians around Europe but if we want to live up to our values we need to reframe the debate – refugees should not be seen as a burden.

The refugee crisis is also a challenge for Europe’s foreign policy. We need new ideas to solve the conflicts in the Middle East – and we will certainly need new financial tools to support countries in the region that host large numbers of refugees.

The recently launched European Institute of Peace (EIP) is a new instrument that aims at contributing to these European challenges. We are helping EU policy makers and European governments to identify opportunities for creative diplomacy and we open new ways of dialogue that can make a real difference.

However, reinventing Europe’s approach to peace and foreign policy goes beyond institutional questions – it is about embracing the mindset of living in an interconnected world.  Outside Europe we are seen as a fair broker, a continent where political differences can be transformed into political solution and where people with different backgrounds can contribute to the common good.