The EU’s role in the Indo-Pacific: Becoming a geopolitical actor 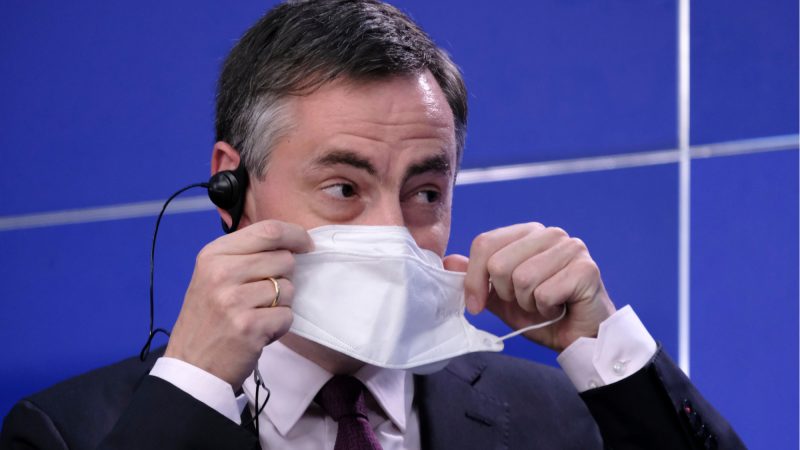 In recent years, the European Union and its member states have become increasingly aware of the geostrategic importance of the Indo-Pacific region. [Shutterstock/ Alexandros Michailidis]

Europe and the Indo-Pacific share increasingly similar challenges, which is why we need to address them in close cooperation and coordination with regional partners, writes David McAllister.

MEP David McAllister is the chairman of the European Parliament’s Committee on Foreign Affairs (AFET).

In recent years, the European Union and its member states have become increasingly aware of the geostrategic importance of the Indo-Pacific region.

Home to 60% of the world’s population, including more than 1.5 million French EU citizens, the region has become a key shaper of the global international order and an increasingly relevant partner for the EU. The EU and Asia account for 70% of the global flow of goods and services and 60% of the global GDP.

Hence, the Indo-Pacific is a region of many sensitivities and diverging views, interests and aspirations of the many stakeholders present there. The rapidly growing regional tensions spurred by rivalries and intense geopolitical competition increasingly threaten the stability and security of the region and directly impact our strategic interests as EU.

The EU published the first strategy for cooperation with the countries of the Indo-Pacific on 16 September. The growing geostrategic importance of the Indo-Pacific and the need to enhance our European engagement in the region was already widely recognised in national strategies adopted successively by some member states (France, Germany and the Netherlands).

This new EU communication sets out our intention to reinforce its presence and action in the region. This new involvement, based on inclusiveness and principled long-term engagement with regional partners, reflects the evolution in the way the EU looks at its interests in the region and the potential role it can play.

The need to enhance the EU’s strategic focus on the Indo-Pacific as a new centre of global competition has also been recognised in the draft EU Strategic Compass document, which High Representative Josep Borrell presented on 15 November.

Regarding the security and defence dimension of the EU’s strategy towards the region, the unity among member states will be key for the EU to effectively assert our presence in the region.

Our united approach to the region must also go hand in hand with targeted actions to build strong partnerships. These include security cooperation with Indo-Pacific countries and regional cooperation forums, such as the Asia-Europe Meeting and the ASEAN Regional Forum.

To do so, the EU can build on a vast network of trade, partnership and cooperation agreements. These were concluded with several regional partners such as Japan, Korea, Australia, India, New Zealand and Singapore.

Since more than 75% of imported goods in Europe arrive by ship, safeguarding open access to sea lines of communication will remain one of the critical challenges of our engagement in the region. Maritime security is a priority area where deeper cooperation with regional stakeholders is needed.

Building on our experience in the Gulf of Guinea, the EU needs to expand the Coordinated Maritime Presences concept to the Indo-Pacific, building on the member states’ individual assets, and complement our maritime presence with enhanced maritime capacity-building programmes for partners.

A number of them have conducted joint activities and training exercises, whereas others contribute to Atalanta based on the Framework Participation Agreement.

Expanding the geographical scope of Operation Atalanta further into the Indian Ocean would send a clear message regarding our commitment to the security of the Indo-Pacific region. It would also represent a welcome move towards deepening the partnership between the EU and our Indo-Pacific Partners.

Europe and the Indo-Pacific share increasingly similar challenges in a number of other security-related areas, such as cybersecurity, terrorism, organised crime, nuclear security and non-proliferation.

As all these challenges directly affect our own security and prosperity, we need to address them in close cooperation and coordination with regional partners.

The swift establishment of an EU Cyber Diplomacy Network and closer cooperation between Europol, Aseanapol and national law enforcement agencies to facilitate exchanges of expertise and good practices in key areas of interest are some of the actions I propose in support of implementing the strategy.

The civilian and military assistance measures, including non-military contributions, represent a clear added value of our engagement in the Indo-Pacific. The EU should use its network of diplomatic assets, including parliamentary diplomacy, to facilitate dialogue on conflict-resolution, legal solutions and expertise in setting up confidence-building measures.

One response to “The EU’s role in the Indo-Pacific: Becoming a geopolitical actor”