‘The International Red Cross is siding with Russia’ 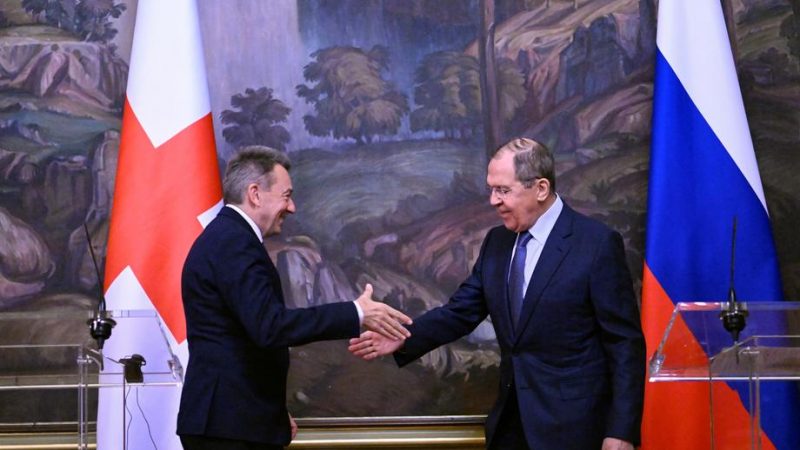 The International Committee of the Red Cross and its head have taken the Russian side despite the war crimes these terrorists commit each day in Ukraine, writes Roman Rukomeda.

Roman Rukomeda is a Ukrainian political analyst. This is his 25th account of Russia’s invasion into Ukraine, which he succeeded to send to EURACTIV despite hardships and limited internet access.

The 30th day of war is coming to an end. The Russian aggressors do not have any significant successes so far. They have been pushed back around Kyiv. They did not manage to proceed towards Mykolayiv and Odesa, where they were counter-attacked, so they retreated towards the Kherson region.

They did not manage to capture Chernihiv, Sumy or even Mariupol despite the massive destruction inflicted on these cities. They continue to lose people, tanks, armoured vehicles, planes and helicopters in big numbers.

At the same time Ukraine has mobilised military reserves and now has about half a million soldiers and officers that are ready to fight and know how to do it. The only problem is weapons.

Meanwhile, Ukraine is experiencing a real humanitarian catastrophe in areas captured by Russian aggressors. People that are staying in their houses are lacking drinking water, food, electricity, heating and security.

Russian invaders are plundering, looting and robbing, killing and torturing civilians. In Mariupol drama theatre, which served as the biggest shelter and later was attacked by the Russian superheavy aviation bomb, there are more than 300 dead people under ruins. Some of them are pregnant women or women with newborn babies from the previously bombed maternity house of the city.

One of the biggest problems is Russia’s kidnapping of Ukrainian citizens, deporting them with force to Russian territory.

Ukrainian authorities in besieged Mariupol said about 15,000 civilians had been illegally deported to Russia since Russian terrorists seized parts of the southern port city.

There is evidence of strange behaviour by the International Committee of the Red Cross and its head, who announced the decision to open an office in Russian Rostov to assist Russian terrorists in the illegal deportation of Ukrainian citizens. In comparison, the president of the Red Cross did not mention such steps when he was in Ukraine.

It looks bizarre and unacceptable in the current situation as the Red Cross has taken the Russian side despite the war crimes these terrorists commit each day in Ukraine. Hopefully, there will be a reasonable explanation for such behaviour.

The national economy has got used to operating in wartime mode. Now people in state and private enterprises can work up to 60 hours per week with just one day off. In the current situation, personal property such as cars can also be taken by the state with further financial compensation.

It is necessary to understand that now Ukraine is creating a new European history where Russia will no longer be a threat to any European state and will not have a possibility to intrude in the internal affairs and policies of sovereign European countries. It is also the most appropriate time now for the beginning of creating a new European security system with its influence on the global dimension. Ukraine is helping Europe and the world isolate and punish the most dangerous terrorist state of the 21st century – Russia.

The price Ukraine is paying is enormous, and the glory of its heroes is eternal.