The Matosinhos Manifesto: Accelerating the use of space in Europe 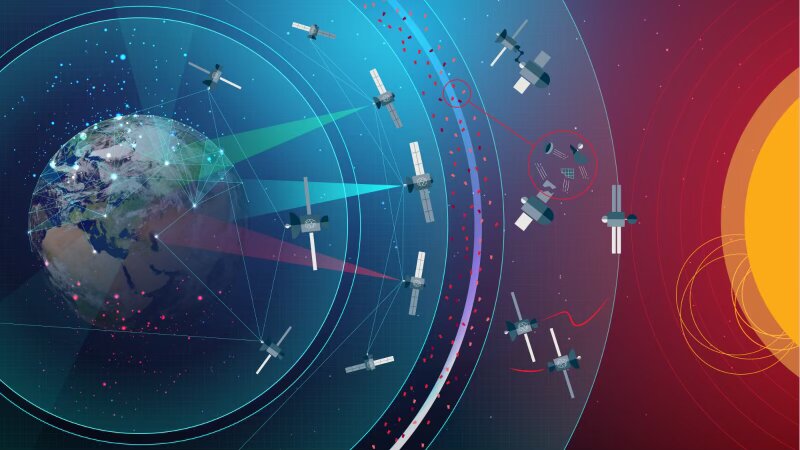 The European Space Agency (ESA) has taken a giant leap in launching the Matoshinhos Manifesto that will accelerate the use of space in Europe and tackle the urgent and unprecedented challenges faced by Europe and its citizens. Today, as a resolution, it was unanimously approved by the Council of Ministers, ushering in what it is hoped will be a new era for exploration and discovery, writes Josef Aschbacher.

Josef Aschbacher is Director-General on the European Space Agency (ESA).

In Earth’s more than 4 billion years of existence, it has had so many monumental moments. So much evolution. The first human to discover the use of fire, to invent the wheel. The first human to walk on the Moon, the creation of the internet. Earth has witnessed the formation of life, the destruction of species, advancements in technology and society, and, ultimately, the regression of its own health.

We are at a historical cornerstone in time RIGHT NOW. Right now, as forests burn with fire, cities flood with water amid unprecedented challenges facing Europe and the world at large. Right now is the moment to contribute with bold, shared ambitions to solutions enabled by space.

Ambition. It’s a word I use a lot. Ambition is what has driven humans to achieve the momentous, the impossible, the unimaginable. It is what drove Europeans to explore and cross the Atlantic to new lands, and later to send the first radio signals across the same body of water. It drove Europeans to discover the antibiotic penicillin and to save millions of lives with it thereafter.

To discover the theory of general relativity, send the first space probe to perform a detailed study of a comet, dispatch a lander to its surface, and land on the comet itself in a spectacular finale.

Ambition. Our planet’s youth is bursting with ambition (mixed with disappointment, anger, and a smidge of hope, admittedly and, well, understandably), as we saw recently in the streets of Glasgow and beyond during COP-26.

Ambition. It’s been said that ‘Ambition is the road to success. But persistence is the vehicle you arrive in’. So, we must move from ambition to persistence and action on what was laid out in Agenda 2025 (the strategy I developed to raise Europe’s game in space when I became Director-General of ESA) and therefore towards tangible, programmatic, and systematic commitments that create dialogue, inspiration, and change.

This is precisely what the Matosinhos Manifesto, the resolution adopted unanimously on 19 November 2021 at ESA’s Intermediate Ministerial Meeting in Portugal, does. It represents strength in numbers. The strength of a united Europe is to deliver services to its citizens by accelerating space for the betterment and advancement of its people and the planet overall. A Europe that puts the user and citizen at the centre of its space activities.

The Manifesto is a commitment to focus on three initiatives, called Accelerators, to speed up the use of space to solve today’s biggest challenges, with a particular urgency to start implementing the first focusing on space for a green future to better understand the current state of Earth, to develop scenarios and solutions for sustainable life on this planet and to contribute effectively to achieving climate neutrality.

Then we must move from studying, observing, and understanding the planet towards action based on the deep knowledge that we gain. This is where the second Accelerator comes into play, the need to develop a rapid and resilient crisis response system to support stakeholders to decisively act on crises facing Europe. We cannot focus on the first two without ensuring their protection. Therein lies the third Accelerator: the protection of space assets to contribute to safeguarding and protecting our assets from space debris and space weather threats.

Beyond this, we also need our own ‘giant leap’ moment to inspire young Europeans to become more inquisitive about STEM topics so that we can continue to strengthen and enhance these fields for future generations. Inspirational missions will help drive innovation in the new space economy that is beginning to take shape. The Inspirators: missions to catapult Europe’s position as a global leader in space technology, innovation, and deep-space scientific exploration to promote commercialisation, a modern, forward-looking European entrepreneurial landscape, multilateral cooperation, education, the development of human capital and STEM. Think: missions to icy moons, to unveil secrets about the origins of life or space exploration to take European astronauts beyond the International Space Station.

The passing of the Matosinhos Manifesto today has created the necessary momentum to reach beyond our ambitions and jump-start into action. The next steps and decisions will be formulated and taken at the European Space Summit and the ESA Council Meeting at the ministerial level, both to be held in 2022.