The Tides of Change in Transatlantic Security 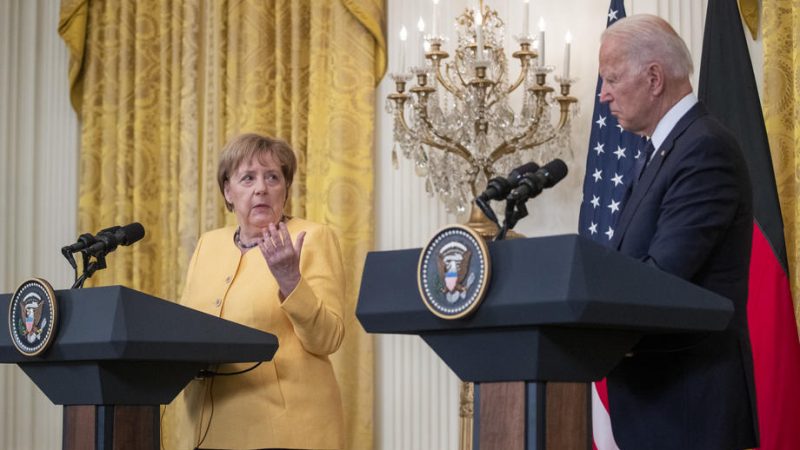 With Angela Merkel stepping down, French elections a few months away, and the drama surrounding the AUKUS announcement, a convergence of events is starting to solidify new contours in the transatlantic security relationship.

The AUKUS trilateral submarine deal, which undercut France’s existing agreement with Australia, is just one more example that the US, regardless of who is president, is content to take the EU and European leaders for granted.  This has implications for European security, the path towards the EU’s own Defense Union, and by extension, NATO.

The deal’s announcement was a surprising diplomatic misstep on the part of the Biden administration.  There was no reason to rush the announcement, and regular diplomatic processes could have paved the way for a better outcome.

At the same time, the depth of this diplomatic misstep, which led to the temporary recall of French ambassadors from Washington and Canberra, was also avoidable.  France could have been included in the negotiations, for example, or at the very least prepared for the announcement.

Indeed, France is a natural partner as it has a presence and interest in the Indo-Pacific and is also a leader in nuclear energy.

So, why would President Biden overlook France?  The most generous interpretation is that Biden is following in Barack Obama’s footsteps in terms of treating the EU and its member states as something of an afterthought.

US foreign policy is more narrowly focused on the geopolitical shift towards the Indo-Pacific as a means of containing China’s increasing aggression in the region.

But without a strategy that takes advantage of the most important and long-standing alliance in the international system – that between the US and Europe – there is a missed opportunity.

In the longer run, the diplomatic crisis surrounding AUKUS may have more impact in terms of symbolism and signalling than anything else. Still, it also fails to repair the rifts that Donald Trump caused when he egregiously painted Europeans as foes. Despite this, the transatlantic relationship remains strong at an inter-personal level, regardless of leadership.

The EU, for its part, is in the midst of major leadership transitions which will have a bearing on the future of the transatlantic relationship.

With Merkel stepping down, and Macron approaching an election year, there is a power vacuum at the heart of Europe. This also, however, represents an opportunity for renewal.  Since the inception of the European project, France and Germany have together constituted the engine of European integration.

For a while, they were part of the so-called Big Three, including the UK.  After Brexit, the EU is once more forging ahead, with France and Germany at the helm.

Once negotiations over Germany’s new leadership coalition are settled, whether the new chancellor is SPD’s Olaf Scholz or CDU/CSU’s Armin Laschet, that person will not have anywhere close to Merkel’s level of personal power.  This presents a significant opportunity for Macron and France to play a stronger role in the European leadership landscape, should he survive the French elections in April 2022, which at this point looks very likely.

France is also a significant security actor.  It is now the only member state with a seat on the UN Security Council.

It sees its own ambitions as achievable through a strong European defence that can act separately from NATO.  The recent €3 billion French-Greek defence deal and strategic partnership is just one example.  France may very well resume its position at the apex of EU leadership when Merkel steps down.

And despite the naysayers, the EU is quietly weathering the pandemic quite well.  With more than 70% of its citizens vaccinated, Eurozone growth outpacing that of US and China this past quarter, and most EU member states headed towards pre-pandemic economies this year, with the rest headed there next year, the EU is still an actor to be reckoned.  If anything, it is getting stronger.

While the US builds its Anglo alliance – with the UK more than happy to follow along, so it can claim success at its aspirations to become a “Global Britain” – France and Germany will achieve more through EU cooperation and defence collaboration.

As has historically been the case, whenever the US turns away from Europe, the impetus towards increasing EU security integration grows.  The US unilateral decision to withdraw from Afghanistan, without consultation with European allies, had a similar effect.

Putting all of these dynamics together, we can expect that the Franco-German engine will allow for progress on a unified and strengthened EU defence pact that will eventually serve as an alternative to NATO.  Indeed, when Biden admitted the AUKUS diplomatic error in his meeting with Macron, he all but gave a green light to a stronger European defence.

This is noteworthy because past US administrations have demurred on this for fear of duplicating or weakening NATO.  The EU should take advantage of this opening to forge ahead with its defence union plans, and if past responses to similar tensions are any indication, we can expect that it will.