To stop deforestation the EU needs to embrace small farmers, says a group of NGOs. 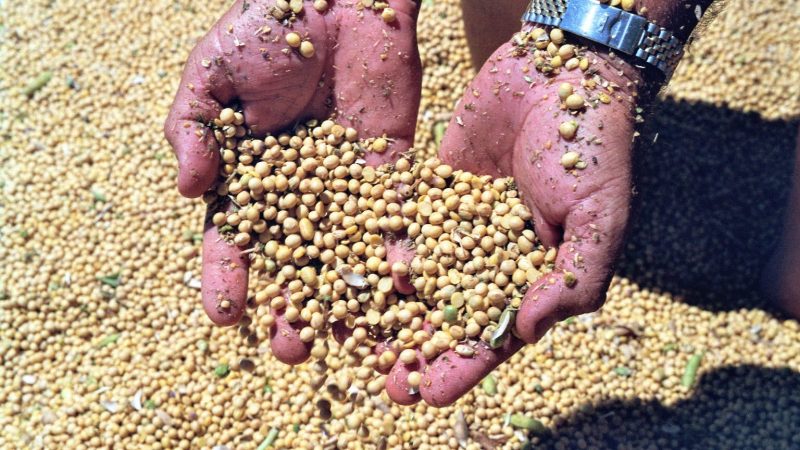 Forests are being cut down at nearly unimaginable rates – as recently as 2019, 3.8 million ha of rainforest was cleared, mostly in Latin America, Africa and South East Asia. This deforestation mostly happens in order to meet the global demand for consumer goods. According to the European Commission, as much as 10% of global deforestation is driven by European imports. Imports to Europe, especially beef, soy and palm oil, but also coffee, cocoa, rubber, and even leather are linked to the ongoing destruction of the world’s forests. What’s worse, these raw materials are so ubiquitous in European goods that it’s next to impossible to avoid products that play a role in deforestation, no matter how hard we try. Responding to this stark reality, the European Commission is on the way to proposing a new regulatory framework to combat the EU’s own contribution to deforestation.

If this is to succeed the EU needs to work closely with those at the heart of the deforestation crisis. This includes, among others, the small farmers who depend on the forests for their livelihoods, and on whom we depend to protect the forests.

The key to fighting deforestation will be the right partnerships. With Directorate-General Koen Doens having been tasked by Commissioner Jutta Urpilainen with building International Partnerships, we know that the EU sees the value in working with key players. But the EU can’t just make deals with governments and corporations who are seeking to clean their own supply chains. To create a regulatory framework that is sustainable in every sense of the word, the support of small farmers will play an important role.

Smallholder farmers may independently own only small plots of land, and limited resources, but the impact of smallholders as a whole is quite another matter. For instance, 70 to 90 percent of the global supply of cocoa, rubber and coffee production comes from smallholders. As a result, despite the work of NGOs and CSOs, due to financial pressures, and the need to support themselves and their families, smallholders end up contributing to deforestation.

This means that to end or reverse deforestation the active support of small farmers can be a game changer.  Given their impact on global supply, without their support, any new measures are doomed to fail. In order to ensure that partnerships work for the planet, we need to make sure they work for small farmers as well. It is a matter of both equity and effectiveness.

The limit of buying power

The EU’s strength in helping to combat deforestation is the fact that it is one of the world’s largest, most affluent trading blocs. This means that trade with Europe can be profitable for large corporations, and small farmers. But there is a limit to the purchasing power the EU wields. If new regulations were to make selling to Europe prohibitively expensive, by forcing the cost of climate adaptation on small farmers, then small farmers would be forced to sell on one of the many unregulated markets.

For a good example of this, let’s look at palm oil. If the EU mandates deforestation-free palm oil, companies in the industry will have to trace the origin of their product. The easiest way of doing this is by simplifying their supply chain and buying only from larger, RSPO-certified, suppliers. However, approximately 40% of palm oil comes from smallholder plantations, who struggle to meet the criteria for certification. To avoid uncertified products, European companies will cut ties with these small farmers. These farmers will have no choice but to turn to other, less strict, markets.

To prevent this, the EU will need to work with, and foster partnerships between, smallholders and European corporations.

Without the right principles, partnerships are doomed to fail

Yet initiating new partnerships won’t be quite enough. Partnerships that benefit only one side are unlikely to reach beyond the paper they are signed on.

But it doesn’t have to happen that way. A group of leading NGOs, including the Fair Trade Advocacy Office, Solidaridad, Fern, IUCN NL, Tropenbos International and the Rainforest Alliance, believe our experience with working against deforestation and with smallholders, allows us to offer the EU some good advice. We have developed a series of principles to guide how they can create deeper partnerships with small farmers. These principles are: equitable access to resources; fair trade, social equity and social justice; recognition of different realities among small farmers and proportionality of measures; effective and equal participation and inclusion; and gender inclusivity and empowerment.

But these principles can’t just sound good on paper- they need to be actionable. In our new paper ‘Including smallholders in EU action to protect and restore the world’s forests’ we set out how the EU can integrate each one of these principles into the broader measures and packages linked to the forthcoming framework.

The Commission, as well as the External Action Service, will have their work cut out for them, creating and maintaining the partnerships necessary to make a meaningful difference in the great sustainability crisis. Our advice is don’t leave the people at the heart of the problem, out of the solution. We hope that those guiding this process in DG ENVI and DG INTPA will take the benefit of our experience in working productively with smallholders, treating them as equals, and making sure that the burden of the future of forests does not lie on their shoulders alone.

Learn more about the work of Solidaridad at www.solidaridadnetwork.org.