Dnyanesh Kamat is a political analyst who focuses on the Middle East and South Asia. He also consults on socio-economic development for government and private-sector entities. Kamat contributed this op-ed for the Syndication Bureau, an opinion and analysis article syndication service that focuses exclusively on the Middle East.

Indeed, though the polls are more than six months away, it remains a question whether that is enough time to arrest problems and resuscitate what has been one of the region’s few credible democracies.

Since 2011, the country has achieved many gains. It managed to successfully adopt a new, progressive constitution, successfully hold presidential, parliamentary and local elections, and effect smooth transitions of power from one democratically elected administration to the other. Tunisia today has one of the Arab world’s most vibrant civil societies as well as a fiercely independent press.

With good reason, Tunisians attribute their current state of disillusionment to their politicians. The coalition between the Islamist Ennahda party and the secularist Nidaa Tounes party has unravelled, with the former now supporting a breakaway faction of the latter.

The cause of this was Nidaa Tounes’ withdrawal of support for its own prime minister, Youssef Chahed, for what it claimed was his mismanagement of the economy. Chahed’s supporters, though, claim his attempts to clamp down on corruption greatly threatened Nidaa Tounes’ leader, the 92-year-old President Beji Caid Essebsi, and his loyalists from the former regime.

Moreover, it is alleged that Essebsi wanted to promote his son Hafedh, in a nepotistic move reminiscent of the old regime. In January, Chahed launched his own party, Tahya Tounes (Long Live Tounes), and governs with the support of Ennahda as well as that of rebel parliamentarians from Nidaa Tounes.

The altered balance of power has greatly empowered Ennahda. Despite its electoral victories since the revolution, Ennahda always chose to punch below its weight. Mindful perhaps of regional anxiety toward Islamist domination of state institutions, Ennahda chose not to contest the 2014 presidential election.

Even though it emerged from the subsequent parliamentary election with a plurality of seats, it allowed Nidaa Tounes to form the government.

After its parting of ways with Nidaa Tounes, as well as victories in local elections last year, Ennahda began placing its members in key government posts and state-owned enterprises, thereby trying to monopolize main avenues of state patronage.

Naturally, this has not gone down well with Nidaa Tounes, whose leaders have publicly called Ennahda a “scourge for Tunisia,” marking a new low. Another sign of the breakdown in relations between Islamists and secularists were allegations last year by the leftist Popular Front party that Ennahda was secretly creating an armed wing.

Even though he has parted ways with Nidaa Tounes, Prime Minister Chahed’s political squabble with President Essebsi will continue to stymie the government’s plans to competently address the country’s economic problems.

Almost since the day he took office, Chahed has struggled to implement the terms of a four-year $2.8 billion IMF loan program. As a result, Tunisia’s economic indicators today are no better than they were at the time of the revolution in 2011 – unemployment at 15%; a currency that has depreciated by more than 40% since 2016; high levels of inflation; and an ever-widening budget deficit.

When political rivals have not thwarted him, Chahed has had to face Tunisia’s powerful labor unions. In November, the government had to give in to repeated labor strikes, and in direct contravention of IMF recommendations, agreed to increase wages for an already-bloated public sector in addition to making a public commitment not to sell off state companies.

Violent protests against unemployment, corruption and police brutality – chief causes of the 2011 revolution that remain unaddressed to this day – continue to take place in inland provinces. In an echo of the self-immolation that set off the revolution, a 32-year-old reporter from Kasserine province set himself on fire in December in protest against the stagnating economy. His subsequent death sparked protests across the country.

A far more dangerous threat to stability is the return of jihadist terrorism. With the defeat of ISIS in Syria, many regional states are now grappling with the question of what to do with returning jihadists.  With about 6,000 of its citizens joining ISIS at its peak, Tunisia has been the highest per capita contributor to jihadist ranks.

Returning ISIS fighters are unlikely to be successfully de-radicalized if they return to the same conditions that radicalized them in the first place. Indeed, last October Tunisia witnessed its first terrorist attack since 2015, when an unemployed woman, who may have been influenced by ISIS, blew herself up in the centre of Tunis.

Against the backdrop of these grave threats, Tunisia’s politicians must arrest the sharp polarization that has infected politics, lest the resultant political vacuum creates opportunities for anti-democratic forces.

A good starting point can be to conclude appointments to the constitutional court, a body that would settle the disputes between the president and prime minister. This will significantly increase the government’s ability to develop and implement responses to Tunisia’s myriad challenges.

Most importantly, Tunisia’s political parties must restore the country’s unique political culture that has nurtured and protected its democracy. 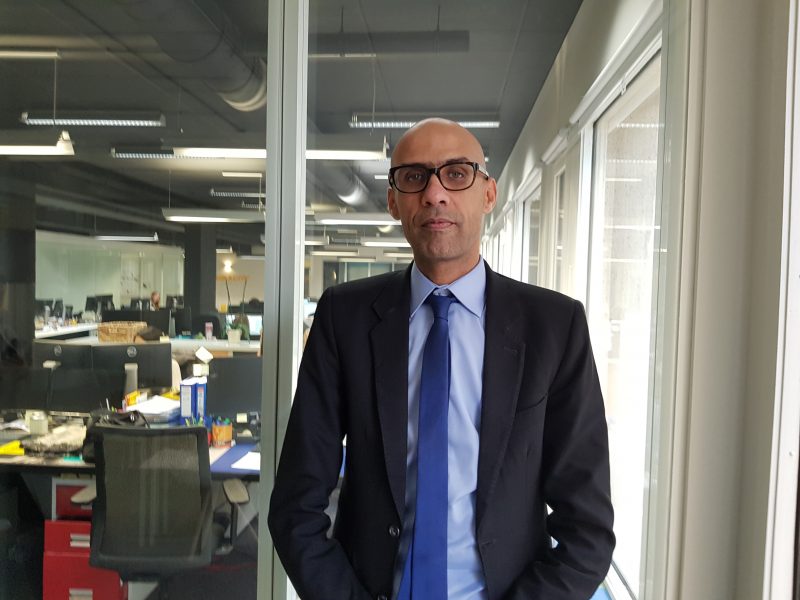