A picture taken from Turkish territory shows smoke rising from targets inside Syria during bombardment by Turkish forces at Ras al-Ein town, as seen from Ceylanpinar, in Sanliurfa, Turkey, 15 October 2019. [EPA-EFE/ERDEM SAHIN]

Faisal Al Yafai is a frequent commentator on international TV news networks. He has worked for news outlets such as The Guardian and the BBC, and reported on the Middle East, Eastern Europe, Asia and Africa. He contributed this op-ed for the Syndication Bureau, an opinion and analysis article syndication service that focuses exclusively on the Middle East.

As if there isn’t enough going on in northwestern Europe to dominate discussions among European Union members, the EU is now also having to reconsider relations in the southeast of the continent.

In a matter of days, the map of northern Syria has changed swiftly and suddenly. In a brutal few days since US President Donald Trump’s unexpected decision to evacuate American troops, Turkey has pounded Kurdish positions with artillery and Syrian rebels have crossed into areas previously held by Syrian Kurds.

The speed and severity of the incursion, coupled with the sense of abandonment felt by the West’s Kurdish allies, has forced several European countries to reassess ties with Turkey. Some have already taken the step of halting military exports. But for all the blustering from Europe, there is currently no alternative to the status quo.

The EU had good reason to be angry with Turkey even before this invasion. The controversial drilling off the coast of Cyprus and the acquisition of a Russian-made missile-defense system had already strained Turkey’s relationship with the EU. But the swift and sudden takeover of Kurdish areas over the Syrian border has created a huge potential for disaster.

First, the humanitarian one, as Kurdish civilians flee south. Then there is the security risk as Kurdish prison camps containing ISIS combatants are abandoned. And thirdly, there is the potential military disaster with a new front opening in the Syrian war, as Syrian regime troops move toward the Kurdish areas and into a possible confrontation with Turkey – a confrontation that, as Luxembourg’s foreign minister pointed out this week, could draw in NATO if Turkey, a member state, invoked the Article 5 mutual defense clause. 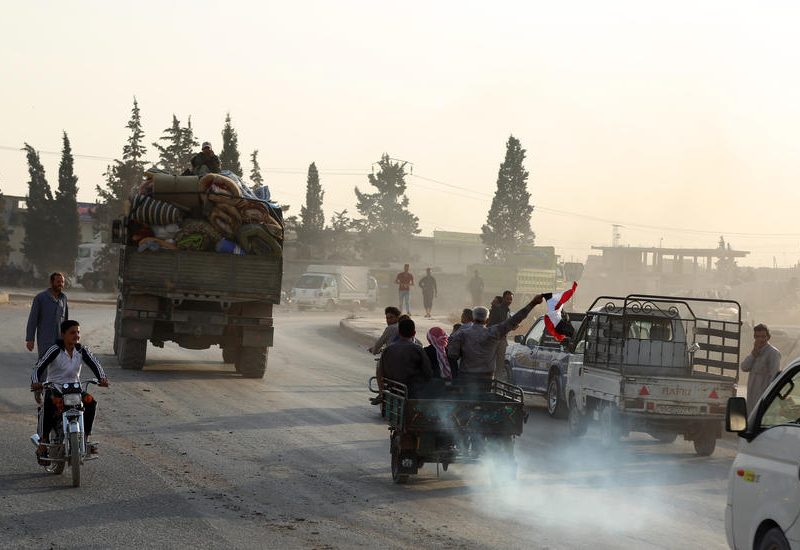 Turkey vowed to press ahead with its offensive in northern Syria on Tuesday (15 October) despite US sanctions and growing calls for it to stop, while Syria’s Russia-backed army moved on the key city of Manbij that was abandoned by US forces.

The EU is in a bind. It may view Turkey’s behaviour as contemptible, yet it also has Turkey to thank for holding back the migrant crisis. Publicly, Europe wants to send a message. Privately, it knows it cannot say too much. There will no doubt be some harsh words, but for now the EU cannot do much other than accept Turkey’s actions because any real change will hurt Europe more than Turkey.

Take the arms embargo: since last weekend, Germany, Italy, France and Finland and others have imposed a moratorium on arms sales to Turkey. That makes good headlines but the small print tells the real story: they have suspended new weapons sales but they will still honour prior sales deals, some of which stretch over several years.

Moreover, a genuine EU-wide arms embargo most definitely would not serve the interests of those countries. For while they may be prepared to take a temporary hit for political purposes, there are strong economic reasons not to prolong any possible embargo. Italy is the top seller of arms to Turkey; around a third of all Germany’s arms exports go to Ankara and Finland exports more arms to Turkey than to anywhere else. A temporary suspension of arms deals on a country-by-country basis is easy to reverse if Turkey changes course; an EU-wide embargo is much more permanent. 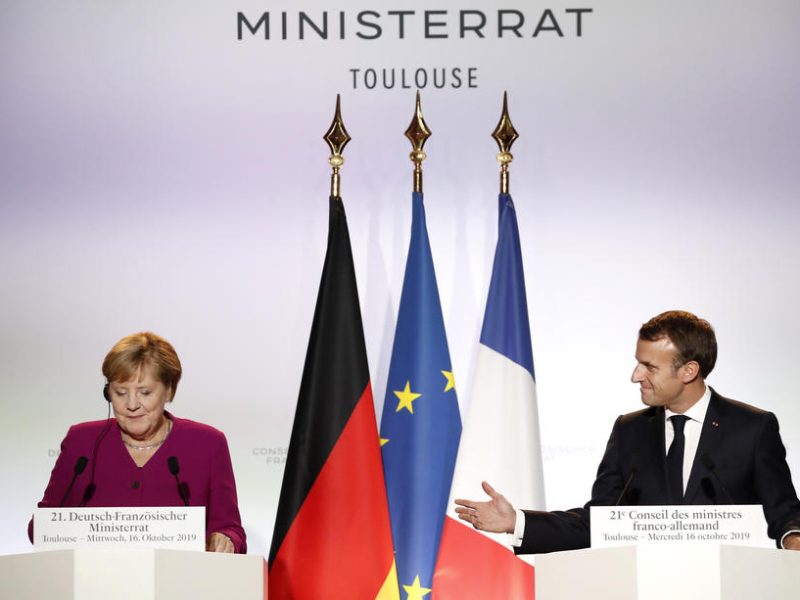 After struggling to find a common line on arms exports, Paris and Berlin reached  a compromise on Wednesday (16 October) during a bilateral ministerial meeting in the French city of Toulouse.

Other suggested sanctions aren’t plausible, either. Slowing down Turkey’s accession to the EU is hardly a threat; the process has essentially stagnated anyway. Expelling Turkey from the NATO – as mooted by politicians on both sides of the Atlantic – would be tricky since NATO rules mean Ankara would have to agree to its own expulsion.

Ultimately, the EU has very few cards to play, whereas Turkey still has an ace in the pack: the 2016 deal that has kept Europe from being swamped by more refugees and migrants. President Recep Tayyip Erdogan’s response to the EU’s threats was typically combative. He threatened to personally “open the gates and send 3.6 million refugees your way” if the EU did not tone down its criticism of Turkey’s Syria campaign.

Syrian Kurds, too, have been forced to reconsider their alliances, though for them it was a decision made in the heat of battle rather than in the cool Brussels rain.

The sudden departure of US troops and sustained shelling from the Turkish side convinced the Kurdish militias they could not hold the territory alone against the Turkish army. A deal was swiftly agreed with Damascus to allow the regime back into the border towns of Kobani and Manbij. In fact, the outline of that deal has been debated since January at least, under Russian mediation, but appeared to have stalled over Kurdish demands to maintain control of Kurdish militias. Turkey’s incursion has settled the issue and the militias will now be incorporated into the Assad army.

Just like Europe, Syria’s Kurds are also out of options. Without the US, the only place left to turn to is the regime. After seven years, the measure of autonomy in northeast Syria – an autonomy gained through immense sacrifice and even at the expense of relations with other Syrians – has come to a sudden end.

But faced with the inevitability of Turkey’s incursion, Syria’s Kurds have realised that, just like the EU, they have to go back to the status quo. 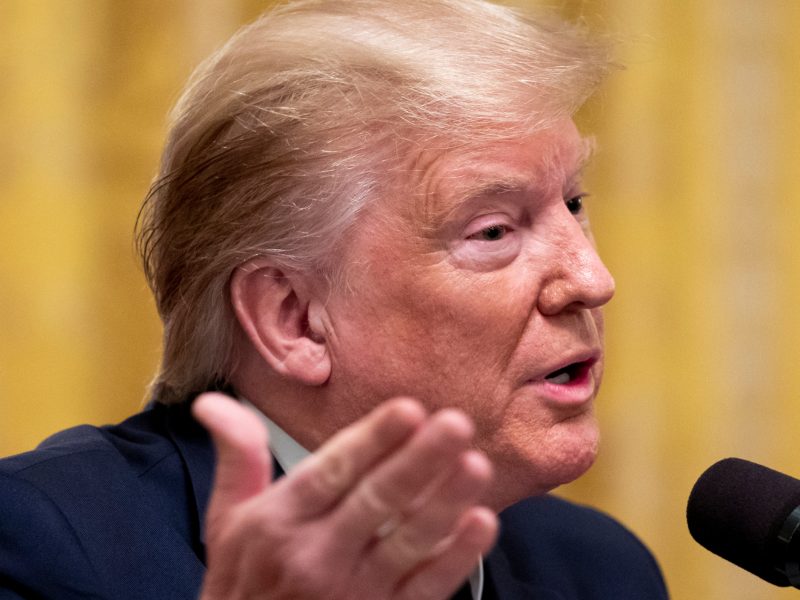 Trump leaves Turkey, Russia, Syria 'to argue it out'

US President Donald Trump said on Wednesday (16 October)  he did not mind Russia helping Syria in a conflict with NATO ally Turkey and rejected criticism of his withdrawal of US troops from Syria that exposed Kurdish allies, calling it “strategically brilliant.”