This year marks two decades since Turkey was first adopted as a candidate country, and progress has been sporadic, writes Faisal Al Yafai. [guido.menato / Flickr]

The EU cultivates the impression that it is desperately cheerleading Ankara’s accession, only to be disappointed. In fact, letting Turkey join would entail a decision over the future of the European Union which no one, for now, seems ready to make, writes Faisal Al Yafai.

Faisal Al Yafai is currently writing a book on the Middle East and is a frequent commentator on international TV news networks. He contributed this op-ed for the Syndication Bureau, an opinion and analysis article syndication service that focuses exclusively on the Middle East.

On May 29, the European Union released its latest report on Turkey’s progress toward EU membership. It did not make comforting reading. On topic after topic – the judicial system, corruption, human rights and the economy – the EU found either limited progress or “serious backsliding.” Negotiations, said the report, were effectively at a standstill.

Ankara, understandably, was not impressed. The claims that Turkey “is moving away from European values are inconsistent and invalid,” said Faruk Kaymakci, the country’s deputy foreign minister. “Turkey is a part of Europe.” 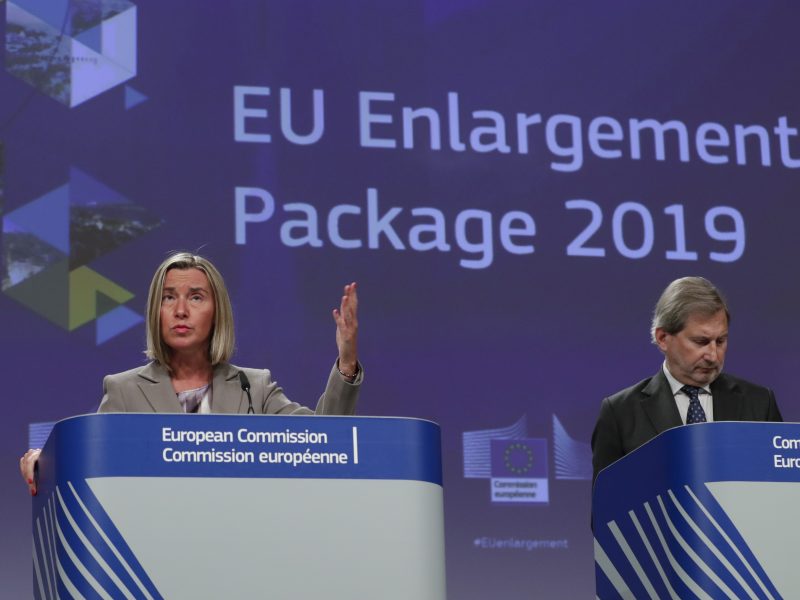 In its flagship annual report, the Commission warned Turkey that it has continued to move further away from the European Union, with serious backsliding in the areas of the rule of law and fundamental rights.

“A part,” perhaps, but certainly a defining test. Turkey and the EU have a fraught relationship stretching back years. This year marks two decades since Turkey was first adopted as a candidate country, and progress has been sporadic. In part, that is because of Ankara’s political decisions.

But it is also because of a gap in the philosophy of the European Union: a lack of clarity about why Turkey, a giant on the edge of the continent, was ever considered for membership. Europe still has no clear answer – but the answer, when it comes, will define the direction of the whole bloc.

It sometimes seems as if neither the EU nor Turkey really wants to deepen their relationship, but neither can find an easy way out.

Under Recep Tayyip Erdogan, the Turkish president, the country first moved closer toward Europe and then, over the past decade, conspicuously further away. Repeated criticism of Turkey’s political decisions – over human rights, the extension of the state of emergency, the treatment of Kurds – are batted away as reasonable, even inevitable, responses to the politics of the moment.

Yet there have been plenty of chances – the EU report lays out some of them – when Turkey could have moved closer to Europe’s protocols while still responding to serious challenges.

For its part, the EU cultivates the impression that it is desperately cheerleading Ankara’s accession, only to be disappointed. And yet the repeated questioning of Turkey’s political decisions, even over a threat as severe as the 2016 attempted coup, or public disagreements over whether Turkey can ever be a member, point to a different motivation.

That’s because letting Turkey join would entail a decision over the future of the European Union – a decision that no one, for now, seems ready to make.

Allowing Turkey to join the EU club is fraught with difficulty. Like Russia, it is a large, populous country that straddles Europe and Asia – the majority of Turks do not live on the European continent. It has a unique history and political journey and has been, for many centuries, in active opposition to the politics of Europe.

And, of course, it is a majority-Muslim country and a former seat of a Sunni caliphate.

None of the things should disqualify it from joining the EU, but it depends on how the EU is conceived.

Criticism that European leaders view the EU as a “Christian club” dates back two decades and is often repeated, on both sides. But the real questions really is, what is the EU for?

If it is an institutional vehicle for a set of ideas about Europe, its place in the world, even its philosophy, then it might be reasonable to ask if some countries on the periphery – not only Turkey, of course – could ever hope to join.

If, on the other hand, it is a bureaucratic construction for the purely political goals of security and economic prosperity, then there is no reason why Turkey, and indeed many other countries beyond Europe, should not join.

That question has never been resolved. It is what lies at the root of all the problems that the EU has over deeper integration. Britain may be leaving the bloc, but every EU country has within it its EU sceptics.

In some ways, it may even be irresolvable, at least through the existing structures of the EU. Because of the need to create a supra-national organization while maintaining national sovereignty, such philosophical questions are sidelined in favour of the bureaucratic business of integration.

There isn’t really anyone within the structures of the EU who has the democratic mandate to articulate a political philosophy and lead the bloc in that direction – because that would be usurping the role of national leaders.

Intriguingly, it has often been French leaders who have taken the hardest stances against Turkey – from former French President Valery Giscard d’Estaing saying Turkish membership would be “the end of the EU” to Emmanuel Macron last year saying Turkey was “anti-European” – something that only the leader of a powerful country that is also at the heart of the EU can do.

Turkey’s accession would answer that question, one way or another. Allowing in a country with Turkey’s unique history and politics will take the EU in one direction.

But, equally, not allowing Turkey in – whether by directly saying no, or, as this report and others before it seem to do, finding reasons why, more in sorrow than in anger, the EU must refuse – also says something, and takes the EU in a different direction.

Whichever direction the EU takes on Turkey will define the character of the EU project. One way or another, the future of the European Union is intimately tied to Turkey. 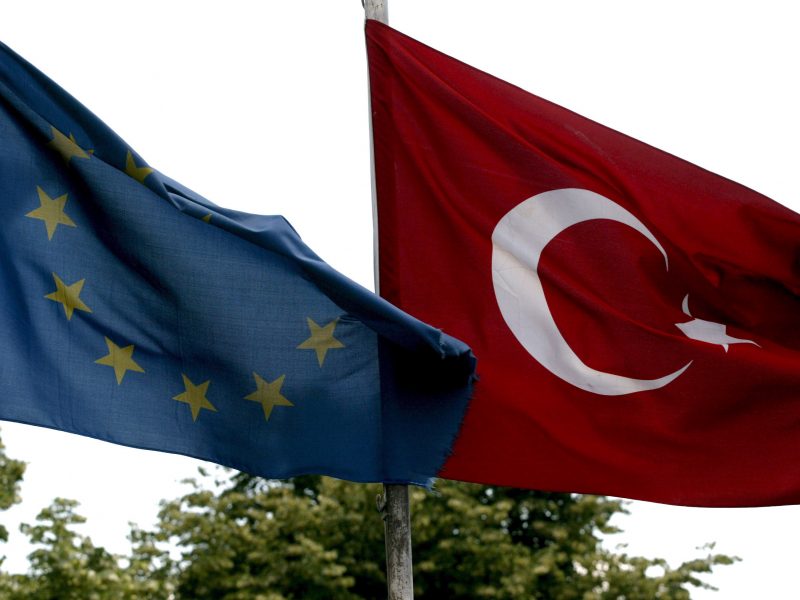 The latest European Commission progress reported has warned that Turkey is moving away from Europe. Little progress on the country’s accession is expected under the new EU legislature in 2019-2024, but political analysts don’t expect major negative changes either, as long as the refugee deal is in place.