Unseen unity in the EU’s migration policies, but how long will it last? 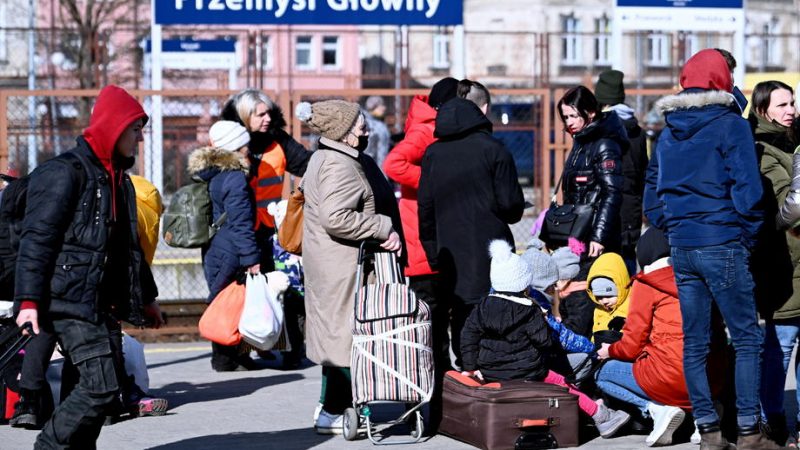 The war in Ukraine has sparked an unprecedented level of unity within the European Union – not least in the context of its migration and asylum policies, an area notorious for the continuous bickering among member states, writes Marie De Somer.

Marie De Somer is the head of the Migration Programme at the European Policy Centre (EPC) in Brussels and a part-time professor at the KU Leuven (Belgium) and Sciences Po in Paris.

What has not been possible for seven years, ever since the reform proposals following the 2015-2016 refugee emergency, was suddenly accomplished in just over seven days. By unanimously agreeing to activate the Temporary Protection Directive, EU countries showed themselves willing and able to provide a unified response to the immediate needs of Ukrainian refugees.

But how long will this unity last?

Unfortunately, there is little cause for optimism.

To be sure, and starting with what is encouraging, the mere experience of joining forces and showcasing this to the general public can only have a positive effect. Even if only as a trust and image rebuilding exercise, the activation of the Directive will have its merits.

But this in itself is unlikely to be enough to help bridge member states’ more significant and deeply entrenched divides over migration policies.

The activation of the Temporary Protection Directive has not (yet) touched on those political fault lines.

Instead, EU leaders made a deliberate and welcome choice to reinforce Ukrainians’ right to move freely across the Union to choose the country in which they would want to reside. The legal fine print on the degree to which they would continue to enjoy such free movement rights after being granted temporary protection in a given country is still debated among experts.

The political decision-making behind it, in any case, is clear. Such a free choice model would ‘in practice, facilitate a balance of efforts between member states and avoid opening up toxic discussions about relocation.

However, complex relocation debates may still resurface in this emergency context. Whether and how they resurface depends on a couple of developments that are still to unfold.

First, it is not clear at this stage how many people will indeed travel onwards to countries other than the ones in which they arrived. While many Ukrainians are travelling onwards to Western Europe, those movements’ size is not comparable to the size of the arrival numbers in Eastern European countries.

This may still change. Refugee movements develop in phases, and initially, people may prefer to stay close to Ukraine in the hope that a swift return is possible. In this context, clarity on whether people would retain access to the rights connected to the temporary protection status if they choose to move at a later stage will be of relevance too.

It is also not clear whether the three Visegràd states currently on the frontline would want to benefit from EU relocation cooperation in the first place, given their staunch opposition against such policies in the context of more general EU asylum reforms. It is worth recalling that in 2015 Hungary declined, out of principle, to benefit from relocations from its territory in the context of the ad-hoc relocation schemes adopted at that time to respond to the large arrival numbers of Syrian refugees.

In short, it is far from certain that the deliberate free-choice model embedded in the activation of the Temporary Protection Directive will enable EU countries to bypass the fundamental fault lines that divide them.

If they do manage, it would, like the Directive, only be temporary.

Given how deeply entrenched these fault lines are, they are bound to resurface the moment negotiations on the EU’s broader asylum reforms are taken up in earnest again.