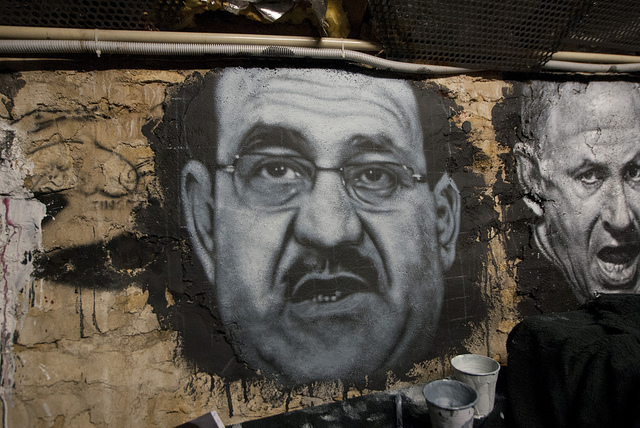 Nouri al-Maliki’s Western-backed rule in Iraq was a disaster that lead to the growth of Isis, argues Struan Stevenson.

When Haider al-Abadi was installed as Prime Minister of Iraq last year, it was the culmination of a long-delayed process, whereby the international community realised the harm that had been done to the country and the region by his predecessor, Nouri al-Maliki.

When the West put its trust in Abadi and his programme of reform, it was the beginning of a necessary reversal of policy toward Iraq. But it was not alone sufficient to make up for the mistakes of the past, especially the decision by the European Union and the United States to accede to Iran’s demands by supporting Maliki’s re-election in 2010.

The current situation in the Middle East is in large part the consequence of such decision-making. For years, that foreign policy position demonstrated the West’s short-sightedness, tendency to cooperate with the wrong parties, and willingness to ignore regional problems until they have grown almost too big to contain.

We are still not free of all this. There is considerable concern that in the wake of the growth of ISIS (Daesh-ISIL), many Western powers will be even more willing to neglect the other problems in the region and to continue cooperating with people like Maliki and his backers in Tehran. The short-sightedness at play here should be obvious to anyone who paid attention to the conditions in which ISIS flourished.

The West’s willingness to tolerate dictators like Maliki in Iraq and Bashar al-Assad in Syria very much helped to set the stage for the broad-based sectarian conflict on which ISIS thrives. In the second term that he never should have been allowed to serve, Maliki drove Sunnis out of government and consolidated power among a handful of Shi’ites who were loyal to him and who benefited from his close affiliations with the Islamic Republic of Iran. Sunnis suffered for it and either exposed themselves to the wrath of Shi’ite militias or took cover beneath the fanatical protection of ISIS.

Meanwhile, the growing ISIS threat became something that Maliki could exploit politically to further ramp up his campaign against sectarian foes. Today, we see the same thing happening in Syria. But in that case, Iran is taking a much more public role, with its delegates to international security conferences publicly advocating for the West to drop its opposition to the Assad dictatorship in order to focus on ISIS.

The lessons from Iraq ought to make it clear that we cannot repeat the same mistakes and hope to restore any semblance of order in the Middle East. Certainly, we cannot deepen those mistakes by cooperating directly with Iran’s Shi’ite theocracy or by following its lead. To do so would only further contribute to the sectarian conflict that the West had already indirectly promoted alongside Maliki’s leadership in Iraq.

And it is not sufficient merely to avoid the same errors of policy. We must be proactive about reversing the effects of those errors. We must make it clear to players like Tehran, which would exploit poor Western decisions for their own ends, that we are now fully committed to a different way forward – one that attacks problems like ISIS at their roots by preventing dictators from laying the groundwork for their growth.

Haider al-Abadi’s public statements about the need for reform are encouraging. It is appropriate that he removed Maliki from his new post as vice president in August. But it is not enough. The former prime minister should have been arrested immediately upon vacating his seat. He should have been indicted, if not by the Iraqi government then by the International Criminal Court. Critics contend that Maliki is not only guilty of mismanagement and corruption, and the disappearance of 500 billion dollars, under his rule, but that he is also guilty of human rights abuses, owing to his support of Shi’ite militias and his contribution to attacks against enemies of the Iranian regime inside his country.

Indeed, the case against Maliki surely continues to grow. Despite technically being out of government, he continues to wield considerable influence and to use his stolen money for the funding of a private army. It is already clear that Maliki either willfully ignored or personally ordered six attacks on the Iranian dissident communities of Camp Ashraf and Camp Liberty, members of the People’s Mojahdein Organization of Iran (PMOI/MEK) during his term in office. And it may yet also become clear that his sectarian forces had a role in the seventh, which took place just at the end of October and brought the total death toll to 140.

The plight of the 2,200 asylum-seekers at Camp Liberty goes to show that mere awareness of the persistent instability in the Middle East is doing nothing to alleviate it. Even in the midst of public advocacy on those people’s behalf from senior American and European policymakers, the Iraqi government and the Iran-backed militias have consistently stepped up their repression of the camp. Even after the latest attack, the residents have been barred from receiving shipments of food, medical equipment, and materials for rebuilding.

These and other activities in the region will almost certainly continue unabated as long as the people who are most responsible for them face no consequences for their actions. If Camp Liberty is to be protected, if ISIS is to be defeated, and if sectarian conflict in general is to be undermined, Nouri al-Maliki must be held to account.

This would at once address several recent problems in Western nations’ Middle East policies. It would make an example of Maliki in the face of other tyrants and sectarian forces. It would help to eliminate his lingering destructive influence. And it would serve as a first step toward a set of policies that deal more appropriately and more harshly with other contributors to the problems of the region, including Syria’s Assad and Iranian Supreme Leader Ali Khamenei.