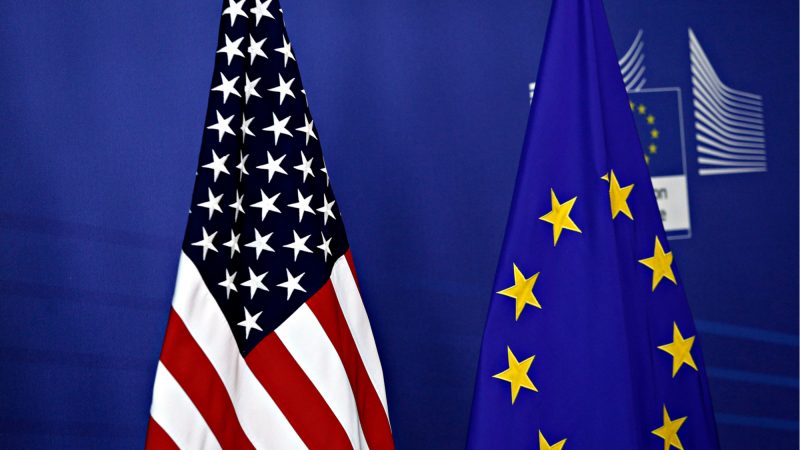 Less than a month remains until the US presidential elections, an event that will have a major impact on world politics for years to come, including on relations between Europe and the United States, writes Urmas Paet.

Urmas Paet is a Member of the European Parliament for Renew Europe.

It is rather certain, that there will be changes in the US foreign and security policy, whichever candidate wins. This will also be the case if Trump wins, despite the fact that he has been the US President for years.

Now the question is, what will these changes mean for Europe?

Unfortunately, if we look at what has characterized EU-US relations during Trump’s presidency, it has mainly meant the weakening of and greater uncertainty in relations and political turbulence.

To illustrate this point, I would like to bring a few examples from recent history. For instance, after being elected as President, one of the first things Trump did was to state that he did not wish to negotiate a free trade agreement with the European Union.

The negotiations were halted and unfortunately, there has been no progress in recent years.

On the contrary, the EU and US have almost reached a trade war, since the US began unilaterally imposing tariffs on EU products. Sadly, this trend has been continuing. We are a long way from trade talks.

Instead, there have been many unilateral discriminatory decisions that might continue if Trump carries on as President.

Another blow to the EU-US relations has been the US decision to withdraw from the Paris Agreement, especially as fighting climate change is a priority for the EU.

Regrettably, the turbulence between US and Europe has also affected our security.

Just a few months ago, the US announced the withdrawal of some of its troops from Europe, mainly from Germany. Unfortunately, this was not the result of serious discussions among NATO allies, but instead a completely unilateral step.

Even now, during the presidential campaign, there have been some worrying signals that if Trump continues as president, the discussion over leaving NATO altogether might gain more momentum.

Trump’s attitude towards Europe’s security and the US’ contribution to our security, has always been very complicated. From his point of view, it has mostly been about money and less about the bigger picture in ensuring our common security.

In recent times, the US has also taken a harsh stance towards the International Criminal Court (ICC).

This is a negative development as ICC is basically the only real instrument in today’s world, which is able, at least to a certain extent, to ensure the respect of human rights and serves as deterrence against perpetrators of crimes against humanity or against those who are considering committing such horrendous acts.

The US’ unilateral withdrawal from the Iran nuclear deal has also had a poor effect on trust between the EU and US. The same goes for Trump’s meetings with dictators and leaders of authoritarian countries, such as with the North Korean leader as well as with Vladimir Putin.

As you might recall, there were some very strange messages given at the Trump-Putin Helsinki Summit.

We can conclude from these developments that the EU-US relations have suffered and deteriorated greatly in recent years. Moreover, this has definitely not been the EU’s initiative.

However, with the upcoming US presidential elections arrives a new hope, that post-elections will restore good relations to the same level as we remember them. This would be crucial to our security and economy.

Recently there was also some strange news according to which the Taliban leaders have endorsed Trump in the presidential race. If that is not telling, then what is?

Nevertheless, let’s remain hopeful. Our priority must be to restore the good cooperation between Europe and the US.

In light of the growing pressure from authoritarian countries such as China and Russia, this cooperation will play a key role in sustaining and protecting our democratic value system.