What should be done about the United Nations? 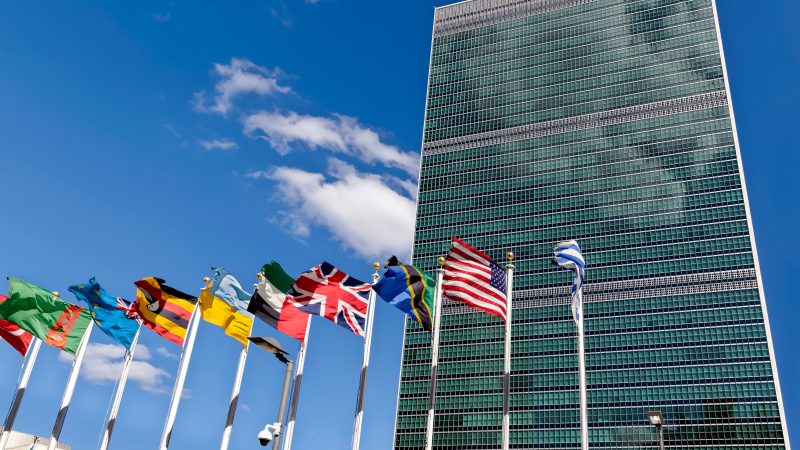 The global health, climate and economic crises have led to a deterioration of the world order as we knew it. The gap between current global challenges and global governance is widening and weakening the multilateral system. A new, fair and inclusive multilateralism for the 21st century must be invented, write Maria João  Rodrigues and Conny Reuter.

Maria João Rodrigues is the president of the Foundation for European Progressive Studies (FEPS); Conny Reuter is the global coordinator of the Progressive Alliance.

Reforms of the UN will be under discussion at the 75th UN General Assembly (UNGA) starting on 21 September 21, a unique opportunity to rebuild the multilateral system.

This is a make -or- break moment for international cooperation, and it will probably be a turning point in shaping the emerging new global order. The European Union has a vital interest in this but cannot act alone.

What will the new global order be like? In fact, there are three possible basic scenarios. A first scenario would feature a fragmentation of the current global order and the emergence of a polycentric structure with zones of influence, including the new ones connected with China.

These different poles and zones of influence may be tempted to become more inward-looking and exploit a weakened multilateral system to meet their own goals. So far, this seems to be the most likely one.

A second possible scenario would be characterised by a sort of Western revival, particularly if the current political situation in the US is reversed in the upcoming presidential elections.

If this may not imply a change in the US attitude to trade, it could certainly bring a new American approach to the fight against climate change, to the promotion of human rights standards, as well as to an American re-commitment to the UN system.

Nevertheless, as the balance of power has radically changed in today’s world, this Western revival would probably co-exist with the first one.

A third possible scenario would be the renewal of international cooperation with a multilateralism for the 21st century. The chances for its success depend on building a large coalition of forces involving willing states, regional organisations, civil society actors, and also active citizens around the world, even under authoritarian or anti-multilateral political regimes.

The European Union is now on the path to developing stronger instruments of European sovereignty in the budgetary, economic, social and environmental fields, and it should aim at asserting itself as a fully-fledged political entity with a vital interest in defending and updating a multilateral system at world level, and in building up a global coalition of allies.

The COVID-19 pandemic is a sad reminder that our most critical challenges flow across borders and can only be dealt with through coordinated action. Our interconnected problems demand interconnected solutions and to do so, we need a new, fair and inclusive multilateralism, which is not only more effective but also more legitimate.

To start with, several emblematic measures are needed:

– The vaccines against COVID-19 and pandemics, to be attributed the statute of vital global goods with universal access;

– A new Social Contract, ensuring universal access to health care, education and social protection and environmental quality for all citizens;

– Recovery plans that protect companies and jobs and are aligned with SDGs, and new sources of taxation, notably digital, financial, carbon and wealth taxes;

– A worldwide commitment to fully implement the Paris Agreement on climate change and share the costs of our global commons of biodiversity, forests and oceans;

– Access to digital literacy and internet connections to become generalised, basic social rights to be established for all platform workers in the world and common international standards that frame the use of big data and artificial intelligence;

– Compulsory mainstreaming of gender balance in all public policies and budgets.

We should also call for an updated UN system that reflects the political and social composition of today’s world and that ensures a more coherent and consistent global governance.

Only by ensuring a stronger set of UN competences for norm-setting in the health, social, environmental, digital, and migration arenas, can we tackle global challenges.

Interactions between the UN system and other multilateral organisations, notably financial and trade organisations such as the World Bank, the IMF and the WTO, and organisations at regional level need to become more systematic.

We should also explore setting up an inter-parliamentary network, composed of representatives from national parliaments and regional organisations, as an additional consultation body and as a space for regular exchanges on the global agenda.

Last but not least, we should promote a Global New Deal aimed at building a more democratic, fair and sustainable order in different fields, starting with health, social and climate.