Why imposing sanctions on Thailand is not a good idea 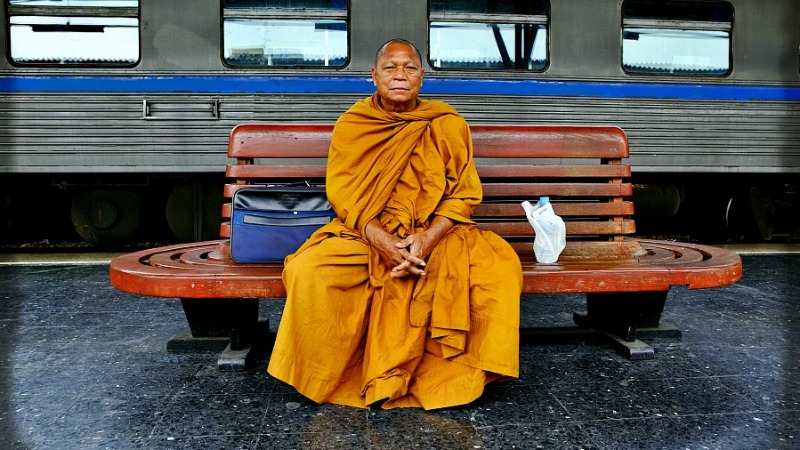 The suggestion that the time is nigh for the EU to put flexible and targeted sanctions on Thailand is grossly illogical, writes Chulamanee Chartsuwan.

Chulamanee Chartsuwan is Minister (chargé d’affaires) at the Royal Thai Embassy in Brussels.

On 17 February 2016, Prof. Willy Fautré, Director of Human Rights Without Frontiers put his reasons in an opinion piece for EURACTIV — “Why Thailand is ripe for EU sanctions”.  The Mission of Thailand to the European Union would like to provide facts and comments to counter his arguments.

First, the suggestion that the time is nigh for the EU to put flexible and targeted sanctions on Thailand is grossly illogical. Thailand is sticking to the Roadmap to reform with the aim to hold the general elections in the second half of 2017. The first draft of Thailand’s new Constitution has been presented to the public since 29 January 2016. Currently there are lively debates about the draft Constitution in many channels including in the newspapers, social media, televisions and seminars. The Constitution Drafting Commission will then revise the draft based on the recommendations received. This process aims to provide ample opportunity for the people to reflect on the content of the draft, and will ensure that the new Constitution could respond to the political need and aspiration of all sides in Thailand before a national referendum in July 2016.

Does Prof. Fautré believe that sanctions should spell its magic power to shorten the period for public hearing about the constitution, and thus deny the people of Thailand their rightful rights to be heard, while inclusiveness is an essential ingredient of democratic development?  Is he at the same time calling for a shorter time for drafting at least 10 necessary organic laws as basis for a free and fair general election, while a simple EU regulation can take 2-3 years to be enacted? We would have appreciated it if Prof. Fautré could actually provide constructive and specific comments for us on how to improve our draft Constitution.

Second, such a call for sanction on the basis of political convenience, with no regard for transparency and non-discrimination principles, is exactly what undermines the EU’s credibility as a champion for democracy and human rights.  In the case of Thailand, if Prof. Fautré put a scorecard or put Thailand in a league table, comparing with other countries, on what we have done in all aspects of human rights (including protecting and promoting the rights of women, children, elderly people, people with disabilities, animal and immigrants) – and democracy (including rule of law, internet freedom and the overall freedom of the press – simply observe how the local media is often critical to the Government’s policies) in a scientific and fair manner, Thailand would probably score above average.

It should be noted that Thailand has for years provided necessary health care and basic education in a non-discriminatory manner to migrant workers and ethnic minority groups – something that a few member countries of the EU expressed their desire to cut down.

Third, Prof. Fautré might want to note that trade and investment is never a one-way street, definitely not for Thailand as the second biggest economy in ASEAN. Last year Thailand imported more than Euro €16 billion worth of goods from the EU. Thailand has been the second biggest investor from ASEAN in the EU for years. Our investments help generate jobs in many European countries and further strengthen the European brands worldwide. Sanctions would be a lose-lose situation for both sides. Last year when a rumor flied around Bangkok that the EU had imposed sanctions against Thailand, the EU Delegation in Bangkok had to come out immediately to quash such a rumor as it caused negative sentiment about the EU among the general Thai public and it was very bad for the European businesses.

Fourth, we would like to point out that the picture used in the article “Why Thailand is ripe for EU sanctions” is actually the picture of an unidentified man being arrested by a police during an “anti-amnesty” rally on 7 August 2013 in Bangkok. The “anti-amnesty” rally was the mass protest against the previous elected Government who tried to push the bill that would have pardoned several politicians from various charges since 2004 including corruption charges. This anti-amnesty rally is one of the catalysts for political turmoil in 2013-2014 which eventually led to the take-over by the military. The use of this picture in this article is ironical, to say the least.

We hope the above points would provide EURACTIV’s readers with some facts to form an informed and unbiased opinion about Thailand’s political situation. Thailand has been a friend of Europe for centuries and a friend of the EU for many decades. What we ask from our genuine friends are simply constructive engagement and criticisms, and some due respect for the Thai people’s solid efforts to bring back sustainable democracy.