Why we should ban referenda on EU policies 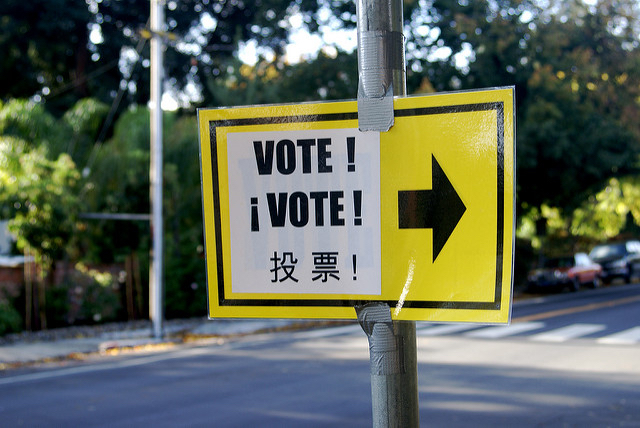 It is hardly democratic that 30% of voters in one member state can block a policy approved by 27 member states, writes Fraser Cameron.

Referenda are becoming a huge problem for the EU. The latest result in the Netherlands on the Association Agreement with Ukraine is probably the worst possible outcome. If the turnout had been below 30% the Dutch government could have safely ignored the vote. But with just over 30% voting, and rejecting the Association Agreement with Ukraine by 64-36 the government will have to consult with parliament about how to proceed.

Why the “no”? It is clear that the growing anti-EU camp in the Netherlands is well organised and cares more about the country’s relationship with the EU than the majority of ‘soft voters’ who on this occasion could not be bothered to go to the polls. The latest revelation in the Panama papers that Ukrainian President Poroshenko might be involved in corrupt tax havens could also have played a role in the “no” vote.

What is clear is that the “no” result is a major embarrassment for the government, especially as it currently holds the Presidency of the EU. Dutch Prime Minister Rutte now has to reflect on what to do. He certainly does not want the Netherlands to be the only country opposed to the Ukraine deal (all other countries have ratified the agreement as well as Kiev).

The result is also a blow to Commission President Juncke, who warned of the dire consequences of a “no” vote and the satisfaction that it would give to President Putin. The Commission’s Legal Service will no doubt be spending extra hours drafting protocols and footnotes to take into account Dutch concerns. The association agreement will certainly be delayed which will discourage the pro-reform camp in Kiev. It could also delay new enlargement and neighbourhood policy initiatives. This would be a very damaging outcome.

It is too early to say what the impact might be on the UK referendum campaign but there is no doubt it will give a boost to UKIP and other “no” campaigners. What is also clear from the Dutch and current UK campaigns is that the anti-EU politicians are using the vote to bring up issues way beyond the scope of the question posed. This was also the case during the Irish referendum on the Lisbon treaty when the “no” side said a “yes” vote would mean the end of Irish neutrality and the imposition of free abortions. Geert Wilders, the Netherland’s most prominent Eurosceptic politician, boasted after the Dutch vote that the results were ‘the beginning of the end for the EU.’

Undoubtedly there is a growing trend towards referenda. There have been over 50 in the last twenty years. Sometimes referenda are forced upon governments if there is sufficient voter support, as was the case in the Netherlands. Sometimes they are used to try and hold a party together, as is the case in the UK. And sometimes the government believes that it would be a useful device to gain quick popularity, as Mitterrand tried to do with the Maastricht treaty.

Whatever the motives there is little evidence that referenda ever achieve their purpose. We have a system of representative democracy in Europe and this is what needs to be strengthened along with moves for greater transparency and citizen participation in EU policy-making.

As regards passing judgement on EU policies it is hardly democratic that 30% of the voters in one member state can block a policy approved by 27 Member States. One could make a case for an EU-wide referendum on some major issue such as direct elections for the Commission President but a referendum in just one Member State on EU policies does not make sense.

Perhaps it is time for an EU ban on referenda!

26 responses to “Why we should ban referenda on EU policies”