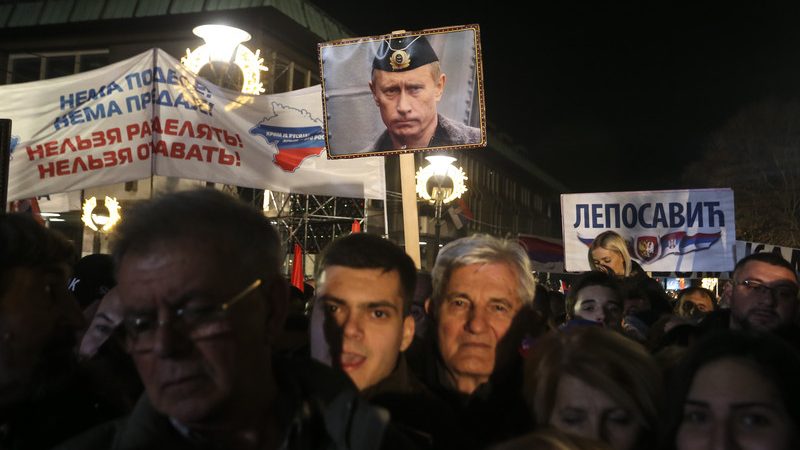 Ostpolitik was the policy of normalisation of relations between the Federal Republic of Germany and the Soviet bloc in the 1970s. The policy of pragmatic coexistence with autocratic Russia is now recycled in the hands of Russia’s ‘Trojan horses’ in the EU and Vučić’s Serbia, writes Radan Kanev.

Radan Kanev is an MEP from the Democratic Bulgaria coalition, affiliated with the European People’s Party (EPP). He is co-organising with EURACTIV Bulgaria a conference “The Ukraine War and the Risks for the Western Balkans” on 11 April.

“Ostpolitik” is dead and buried deep under the ruins of Mariupol, for good. But “Ostpolitiker”, politicians who used to dream of pragmatic coexistence with autocratic Russia and led us to the present geopolitical and economic crisis, are alive and in positions of power in both West-European ex-giants like Germany and France and East-European “Trojan horses” like Hungary and my home country – Bulgaria. They propose a kind of New Ostpolitik, let’s call it (P)Ostpolitik.

Defence and security have now become a trendy topic again. Forgotten are the, until recently, vote-winning absurd narratives of “We aren’t threatened by anyone, so why spend for security when there are so many other priorities?”

In Bulgaria, many remember the narrative of former Prime Minister Boyko Borissov, according to whom we want tourist yachts and no warships in the Black Sea.

“Make Love, not War” is no longer a political slogan. But Postpolitiks in Eastern Europe still has at least two alternative new discourses:

Both are equally senseless and dangerous, yet there is a grain of truth in each.

Hence, a “European army” able to independently face the existing strategic challenges seems impossible to finance and organise. Furthermore, such an independent military establishment will inevitably strain trans-Atlantic relations, and this Is the last thing we need in times of deep insecurity on our borders.

On the other hand, although member states will inevitably raise defence budgets, modernise armies and increase capabilities, no single army in the EU will be either strong enough or mobile enough to face all possible risks arising from the new situation of instability.

And – which is more important – no single army has to do it. Being a member of the EU and, for most European countries, of NATO allows building a robust defence system complementary to the defence capabilities of neighbours and allies.

A more robust standard defence policy is needed and is on its way already, and the increase in national defence budgets and capabilities is inevitable and already planned. They should not be an alternative to the existing NATO collective defence but rather the opposite. They should coexist in strong complementarity – between EU and NATO, member states and NATO, and between member states themselves, with a specific accent on standard defence capabilities and strategies between NATO members and neighbouring neutral countries.

A good example is the cooperation between neutral EU members Sweden and Finland, non-EU but NATO member Norway, and the Baltic states, members of both alliances.

After this weekend’s elections, the authoritarian and rather pro-Kremlin Budapest-Belgrade axis seems immensely strengthened. This gives additional leverage to aggressive groups in Serbia and Bosnia and will undoubtedly encourage the Kremlin’s efforts to destabilise North Macedonia and even Bulgaria.

A certain degree of containment of the Vučić regime seems needed more than ever. This will require enhanced defence capabilities of the NATO members and more elaborated complementarity between their defence strategies and armed forces, including, if possible, neutral Austria in the joint effort.