With such members, who needs foes? 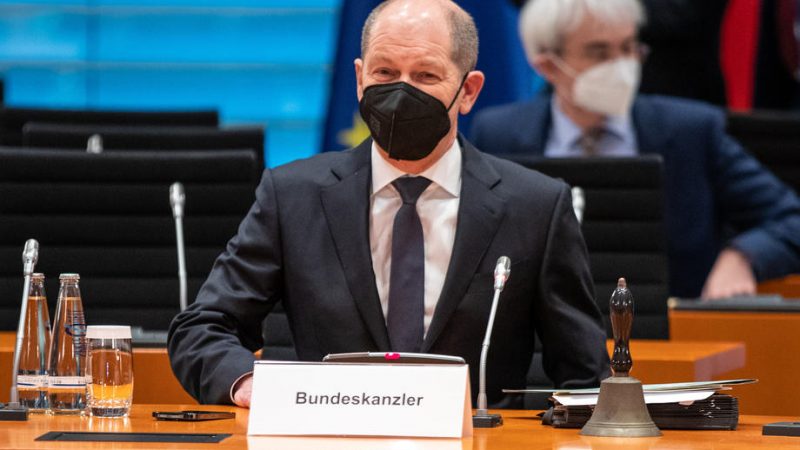 Much has been said about the devious divide-and-rule tactics of adversaries like Russia and China, but one should never underestimate the debilitating capacity of the EU to divide itself, writes Steven Blockmans.

Steven Blockmans is Director of Research at the Centre for European Policy Studies (CEPS) in Brussels and Professor at the University of Amsterdam.

By manufacturing a crisis over Ukraine, President Putin is testing the West’s resolve and Russia’s place in a post-post-Cold War world. With the costs of preparing for war mounting, the Kremlin will soon be forced to act or scale back. The question is whether Putin will use the 2022 Beijing Winter Olympics just as he used the summer edition in the same city in 2008 as a cover to invade a neighbouring country.

Due to Russia’s sabre-rattling, NATO is back with a sense of purpose. Support for NATO membership is on the rise in non-allied countries like Finland and Sweden. They now realise that the EU’s self-defence clause does not, as of yet, have the same value as the famous Article 5 underpinned by Washington’s security guarantee.

In fact, the EU is missing in action even before conflict erupts. Russia has successfully denied it a place at the high diplomatic table. While the EU’s weakened High Representative has been roped in by the US to coordinate institutional positions with NATO and the OSCE, his European External Action Service (EEAS) is unable to procure the buy-in of member states to proactively initiate any meaningful diplomatic action.

Disunited, Europe is sending out confusing messages. While the Baltic states seek military reinforcements from NATO and Poland hashes out a security partnership with Ukraine and the UK, French President Macron is raising suspicion around complacency towards Putin and his taste for an independent foreign policy. Germany came to a grinding halt in front of the new coalition government’s own ‘traffic light’ before grudgingly accepting that it would have to pay a price for sleeping with the Russian bear.

Meanwhile, by virtually meeting with Putin, Italian business leaders have embarrassed Rome as Prime Minister Draghi urges Russian de-escalation over Ukraine. And Hungary’s leadership tops it off by undermining NATO’s unified position and openly taunting the one deterrent that the EU can wield: sanctions.

Much has been said about the devious divide-and-rule tactics of adversaries like Russia and China. But one should never underestimate the debilitating capacity of the EU to divide itself. With such members, who needs foes?

While none of these challenges to the EU’s supposedly ‘common’ foreign and security policy (CFSP) are new, solutions have been hard to come by. In the last 30 years since the violent implosion of former Yugoslavia and the collapse of the USSR there has been no lack of conflict on the EU’s doorstep and further afield. Yet, no crisis seems to have been big enough to jolt member states into breaking the lock of unanimity on CFSP decision-making and accept qualified majority voting (QMV) in the Council.

Barring a major shock to their own system, one should expect only half-hearted attempts and sub-optimal solutions from the member states. Small innovations may push the EU to be a little less late and better equipped. For instance, underpinned by common threat analyses (a first), the envisaged Strategic Compass may be a helpful update of the EU’s strategic documents. But it is hardly expected to generate a common strategic culture and produce the course correction the EU needs to defend and promote its interests in a volatile world.

Similarly, work on a European Defence Union continues at a snail’s pace, meaning that none of the defence capabilities currently being researched, designed and developed will be flying or sailing when Putin turns off the gas and/or ups the drumbeat of war again. Designed in the wake of Russia’s 2014 invasion of Ukraine, the off-budget European Peace Facility in theory allows the EU to act more swiftly and to do more to support global peace and security. Yet, the decision to allocate a mere EUR 31 million in non-lethal aid to Ukraine has revealed similar flaws that bedevil the effective mobilisation of the EU’s other CFSP instruments.

The requirement of unanimity in the Council is the Achilles’ heel of CFSP decision-making. The EU Treaty does provide escape routes, however. A constructive abstention mechanism allows (up to a third of the) member states that do not wish to be bound by collective decisions to step aside. Different types of enhanced cooperation also exist for coalitions of the able and willing to forge ahead in the pursuit of EU foreign policy objectives. Yet, the High Representative and the EEAS hardly ever push for the use of these instruments. And member states have effectively denied ‘their’ EU any credible agency in foreign affairs and security policy by holding each other hostage in search of consensus, inevitably leading to the lowest common denominator.

And yet, hope for EU treaty reform springs eternal. Frustrated with the current state of affairs, the number of governments clamouring for the introduction of QMV in Council decision-making on CFSP matters has been growing. Perhaps the outcomes of the upcoming French and Hungarian elections, or indeed that other ‘Conference on the Future of Europe’ (sadly a uniquely EU affair), will tip the balance and lead to an alignment of European stars.

The only real solution is to implement a truly common foreign and security policy. Surely, member state capitals will not deny the wisdom that they should recognise the common European interest as their own and muster the political courage to introduce qualified majority voting  for EU foreign policy before it’s too late?