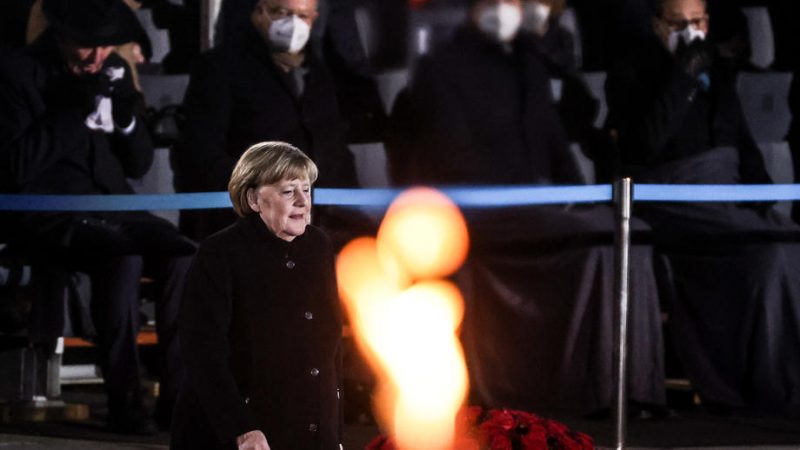 For Brussels, that means the upcoming December European Council will be Scholz’s first summit as a leader. [EPA-EFE/FILIP SINGER]

“All, all the best and a lucky hand and much success,” said Merkel, extending her wishes to the designated government under her successor Olaf Scholz.

The “traffic light” government made up of the social democrat SPD, the Greens, and the liberal FDP will elect Olaf Scholz as chancellor in the German parliament on 8 December.

Before that can happen, the Greens’ party members must first sign off on the coalition agreement announced on 24 November in an online vote, while the SPD and the FDP party delegates must approve the agreement at regular party conventions.

For Brussels, that means the upcoming December European Council will be Scholz’s first summit as a leader.

Scholz is expected to meet with French President Emmanuel Macron ahead of the European Council after being confirmed as chancellor.

For Germany, which is currently in the middle of the fourth wave of the COVID-19 pandemic, recording record high COVID-19 infection numbers, a stable government and a new health minister is urgently needed.