Cancer patient organisation: A cancer diagnosis is no longer a death sentence 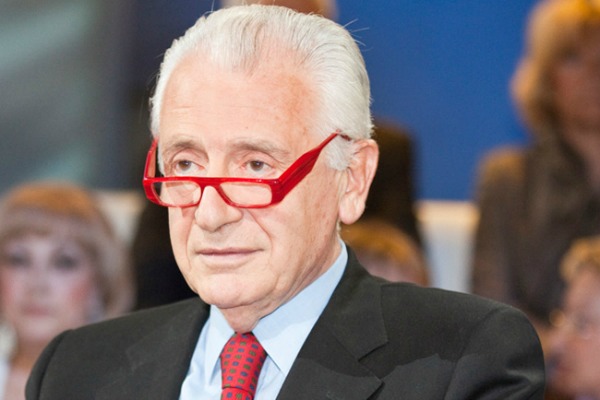 Cancer patients still suffer from unacceptable discrimination because of the common prejudice that a cancer diagnosis is a death sentence, says Francesco de Lorenzo.

Francesco de Lorenzo is president of the European Cancer Patient Coalition (ECPC). He spoke to EURACTIV ahead of World Cancer Day on Friday (4 February).

Why is World Cancer Day on 4 February important?

It’s a chance for everyone to reflect on what each of us can do to fight cancer,  (to) make a pledge and take action. Just as cancer affects everyone in different ways, all people have the power to take various actions to reduce the impact that cancer has on individuals, families and communities.

ECPC will join World Cancer Day social media campaign using the hashtags #talkinghands, #WorldCancerDay, #WeCanICan. Pictures from our partners around the world making a pledge to fight cancer will be updated on our social media channels. ECPC will also share throughout the day updates about our 2016 initiatives.

I know that ECPC believes that cancer patients suffer from “tremendous discrimination related to the unjust stigma attached to the word cancer”. What do you mean?

First of all, I think there needs to be made a clear differentiation between acute, chronic and cured patients.

Secondly, I would like to emphasise that a cancer diagnosis is not anymore a death sentence. Yet, cancer survivors still suffer from unacceptable discrimination because of this prejudice. This has huge financial implications for the patient and the family.

We have concrete examples from our members who were fired for being ‘an emotional burden’ or for other absurd reasons that had nothing to do with their professionalism.

I want to be very clear on this point: There are no objective reasons why a cancer survivor shall be discriminated in the workplace. We know that a large portion of the 8.5 million cancer survivors in Europe can be considered cured, i.e. their life expectancy is the same as the average population.We do not have yet complete European data, but the latest report from AIRTUM (Italy) shows that more than 22% of the Italian cancer survivors have the same life expectancy as the national population’s average, making any discrimination on the basis of health absolutely unjustifiable, even from an economic perspective.

The EUROCARE-5 study, which instead covers all Europe, demonstrates that long term survival (5 years or more) is increasing in a greater number of cancers than ever before.

You say that EU institutions have a responsibility to raise awareness of the fact that cancer is no longer a death sentence. How can this be done?

It is necessary to have a European harmonised approach towards survivorship. Coordinated policies among EU member states, with an increasing emphasis on the social and labour market inclusion of cancer patients and survivors, need to be put in place.

More and more patients will experience long-term survival, above 5 years from the initial diagnosis. Facilitating the return to the workplace is, most of the time, the best cure to stigma, depression and other psychological distresses experienced by cancer survivors.

In this perspective, rehabilitation is not a cost, but an investment, which should be an integral part of the cancer patient’s journey from diagnosis to remission.

ECPC is working hard to raise awareness about the positive impact of inclusive labour policies for cancer patients and promoting this through the Comprehensive Cancer Control Joint Action (CANCON) Work Package 8 on survivorship and rehabilitation.

What are the rehabilitation needs that cancer patients require in order to get back to normal life?

ECPC is working with medical societies, particularly with the European Society of Medical Oncology (ESMO), to create instruments to guide European doctors and patients through survivorship, in order to provide them with more precise and accurate information on the needs of cancer survivors.

The existing guidelines scarcely take into consideration the rehabilitation needs of cancer patients, thereby hampering the patients’ return to a productive and dignified life. In this perspective, the ECPC’s model is the one already put in place by the American Society of Clinical Oncology, which has already created and disseminated clear guidelines on survivorship, including practical tools for physicians and patients. This is also the way to go in Europe.

What is your opinion of the Commission’s Joint Action on Cancer Control (CanCon), which is meant to boost the harmonisation between national cancer plans across Europe?

I believe that CanCon will further enrich the already good achievements of the previous Joint Action, EPAAC.

CanCon is a step forward towards a complete harmonisation of NCPs, and the sharing of best practices that can effectively save lives. The quality of the recommendations that will be made by CanCon is the highest possible in Europe: All top European experts from ministries, academia and patients organisations are involved. Many countries, however, are still ignoring the recommendations of EPAAC, which were equally scientifically irreproachable.

Therefore, the biggest challenge for CanCon is to make sure that its recommendations will not remain only on paper, but they have to be translated into effective national policies. ECPC is fully involved in this Joint Action on Cancer Control. Suite to persistent advocacy efforts of ECPC one of the policy documents of the Joint Action will tackle inequalities in cancer care. This is a clear example of the possible political achievements that cancer patients’ associations can reach at EU level.

CanCon is a member state platform to discuss and share challenges and experiences in fighting cancer with a shared objective. Member states have an interest in translating the findings and policy recommendations at national level, including the recommendations on inequalities.

What else can and should be done at EU level?

We believe that in cancer care and control, Europe demonstrated to be both capable and willing to produce real added value for cancer patients. Amending the treaties to include more competences on health would be a great chance for the European Union to re-gain the trust and hope of many European citizens.

Cancer has no borders, so Europe’s collaboration against this disease should also be borderless.

What are some of the other key policy areas that have to be approved for cancer patients in the EU, according to the ECPC?

ECPC will continue to advocate for a fairer and faster access to essential and innovative cancer drugs, with the key objective of increasing survival and quality of life of the more than 10 million European citizens affected by cancer. For this to happen, ECPC would like to see more harmonisation at the EU level in the process of Health Technology Assessment.

Today, most medicines used in Europe, and certainly all cancer drugs, are centrally approved by the European Medicines Agency (EMA). Yet, each new medicine is evaluated and reimbursed differently in each EU member states. Given that each member state is assessing the same drug at the same time, we believe that there must be some level of harmonisation to ensure that the patients get more equitable and faster access to truly innovative drugs.

We hope we will be backed in this endeavour by other institutions and relevant stakeholders. ECPC is aware that the Commission agrees on a higher level of harmonisation of HTA evaluations, and we will continue to encourage practical solutions to this ambitious goal.