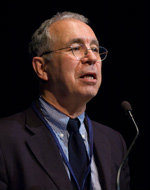 A new report on the crime effects of smoking demonstrates that there would be an increase in counterfeit cigarettes, smuggling, and hard-line new rules could be counter-productive, argues Milan-based professor Ernesto Savona.

Savona is professor of criminology at the Università Cattolica del Sacro Cuore in Milan and the director of Transcrime, a joint research centre with the Università degli Studi di Trento. He spoke from Milan to EURACTIV's Jeremy Fleming.

In your work as a criminologist, have you conducted these criminal proofings of policy proposals before, and if so what types?

In 2003 the Commission appointed an expert group on crime proofing. I formed part of that group with other academics. The purpose of this group was to examine crime proofing across regulation following a call from DG Research. We completed a report in 2006 looking generally at the methodology of the crime proofing.

Your report claims that the Commission is obliged to assess for crime impacts, is that right?

Under the impact assessment guidelines the Commission has rolled out, they are compelled to analyse social and public health issues, and under social issues crime impacts are included. Why are they not assessing the impact on crimes or victims, when their own guidelines ask them to do so? I have not seen any impact assessment on crime [in relation to the revision of the Tobacco Products Directive].

In your analysis you compare the illicit trade in tobacco to the drugs trade, do you think that the two will grow similar if trade in counterfeit cigarettes increase?

Tobacco cannot be compared to drugs, but it can be compared gambling, because like gambling there is a legal and an illegal market. When you have two different sections of the market, anything that you decide about the legal section could have an impact on the illegal part. So the issue becomes how much do citizens want to pay in terms of regulating the legal part which then has an impact on the illegal part.

In your conclusions you suggest that more 'crime proofing' is needed on the proposals, do you think that further studies should be done?

The Commission should, I think, be doing what they say they do: looking at unintended consequences on crime, which means tobacco smuggling and counterfeiting, and how these will be influenced and in which way and in which place. This is what I think the Commission should be doing. That way citizens would be aware of what they gain in public health [from the proposals] and what they might lose in terms of taxes and organised crime, so that they k now what they are paying for.

You suggest that if certain policy options carrying risk are introduced then crime prevention measures should be simultaneously deployed, what would be needed?

The report makes quite clear that tobacco is attractive to organised crime. The more you regulate, the more opportunities you create, so the first point is to watch out for the regulations. The next point is law enforcement. In the report we make clear that law enforcement has a relatively low interest in tobacco smuggling and counterfeiting. So the enforcement of any tighter regulation would need to be tougher.

Your report makes general assessments of crime impact, what do you think might be the geographical aspect? Do you think that some member states within Europe would be worse hit by crime?

My answer is very general. At the moment we do we do not know how the single market will react in its different parts to the regulation. Markets are influenced by culture, economics and organised crime availability. If you have a strong organised crime presence it could be easier for them to make the most of these opportunities. If you have a reduced amount of organised crime then it could not be so easy. European countries could react in a different way, exploiting these opportunities. I would be willing to carry out further studies tracking geographical impacts across different countries. Without such research it is difficult to generalise, because there is a combination of relevant factors.

How would you respond to the suggestion that your report is likely to be used by those who favour fewer regulations, that you are somehow on the side of the smoking lobby?

I want to be very clear that I think I do not want to be in favour of tobacco producers or activists. These are like two opposing flags and I am looking for something which falls between them: that those who change regulations, do so knowing what will be the consequences. The more we know, the less there will be scope for the for wide difference between the two positions at the moment. If citizens want to pay for health with a cost in crime, that is fine but there should be awareness. I do not smoke and am in favour of reducing the costs on health, but I do not want to pay unintended consequences in organised crime.

0 responses to “Criminologist: Crime will flow from tobacco rules”