The next European Commission should focus on the bloc’s role in the global context of innovation, as China is “decisive” about creating a reliable framework for intellectual property and connecting biotech start-ups and digital companies, EFPIA’s President Stefan Oschmann told EURACTIV.com in an interview.

Stefan Oschmann is the chairman of the executive board and CEO of Merck, as well as president of the European Federation of Pharmaceutical Industries and Associations (EFPIA).

We made major progress on patient engagement – engaging with patient’s organisations but also fostering a framework of individual member companies involving patients’ organisations in the R&D process.

So, early dialogue with patients has proven to be of tremendous value. I’ve seen this in our own company, patients’ organisations are extremely well organised, highly competent, really helped us to improve our impact in Europe. We have the patients’ think tank with patients’ organisations at EU level that I see as a plus. We have thousands of researchers in our company who are driven by making major progress for patients, in order to give them a voice, we want to talk about our work, and it’s extremely relevant.

Usually, the industry talks about problematic issues or some legislative proposals, so we thought it would be really useful to talk about the value we bring to society.

We are also engaged in the topic of regulatory reform: the world is changing fast and the regulatory process is often lagging behind. Think about big data, AI, digital. In the US the approval process is becoming more flexible, Europe should consider similar adjustments to remain globally competitive.

What obviously was a setback for us was the EU decision on the SPC manufacturing waiver. We thought that this was the wrong signal at the wrong time.

But in a way, we must get over it and carry on, and on the other hand, we are encouraged by the outcome of the overall analysis on the pediatric regulation, which does provide value to society and foster innovation. We will be talking tonight about IMI which I find is a splendid example of public-private partnership and delivers tangible results.

In a recent interview with EURACTIV, EU Health Commissioner Andriukaitis disagreed with pharmaceutical companies which said the SPC manufacturing waiver damages innovation. But he noted that health technology assessment helps us have innovation in our hands. What is your comment? 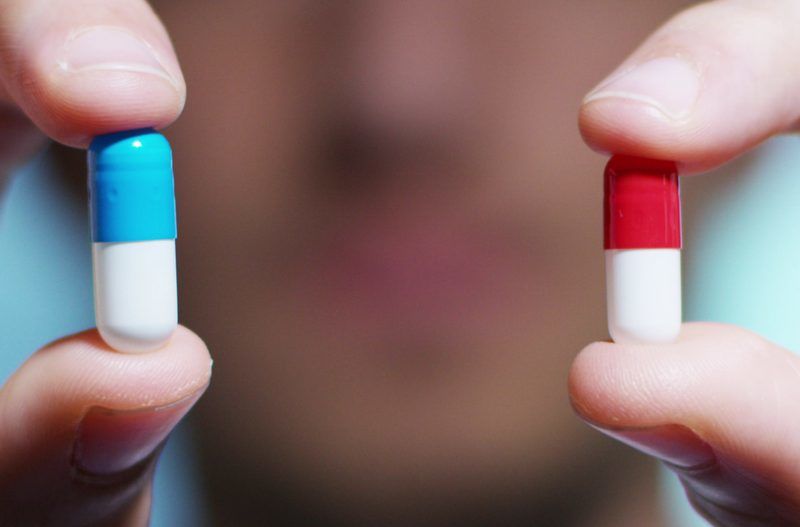 The European Commission’s proposal to add an SPC manufacturing waiver on exports will not damage innovation, as the pharma industry claims, and only intends to support small and medium generic drug companies, according to EU Health Commissioner Vytenis Andriukaitis.

This is a battle we fought and it doesn’t make sense to argue. We had a very clear case where we put forward that this damage done to the European innovative pharmaceutical industry is significantly bigger than the opportunity it creates for the generics industry to export.

I also don’t think it has anything to do with SMEs; it’s about the big generics players. But it’s there right now, I think it’s wrong but it is. We need to work on the specifics of defining the administrative context of this, to make sure there is no abuse about generics for export that will end up on the EU market. There is work to do. Otherwise, we tick the box and we move on.

What do you expect from the Austrian EU Presidency?

I’ve been meeting with some key stakeholders in Austria to discuss priorities. I feel that the current system works very well. We are experiencing a wave of meaningful innovations in major areas so our agenda is to maintain stability in those areas.

But there are other areas where we need to make progress, for instance, the antimicrobial resistance. There is a market failure. It’s not a question of our industry not being able to innovate, or that we don’t have enough startups to develop new technologies. It’s that there is no real incentive for this. Societies ask the industry to develop new products but then they want them to be put into the poison cabinet and not be used.

We had major progress during the 1990s in this area. We need to have modern mechanisms to incentivise research on antimicrobial resistance.

Are you implying that we have to move closer to the value-based approach?

This approach is very dear to my heart. If the EU wants novel antimicrobials to be developed, that either break resistance or provide new approaches to antimicrobial treatment, then we need to define a system that is independent of sales volume.

In other public procurement or situations, it is more like an insurance policy type of logic or a thing you find in defence procurement. If society says we have a clear need for it, on the one hand, we need private-public partnership such as IMI, but we also need a system that could incentivize the development of such products.

Some member states have launched a number of initiatives to jointly negotiate with the pharma industry on drug pricing. Are there tangible results? How are these discussions going?

From my point of view, it is more initiatives about collective purchasing. HTA is something that has been around for quite some time. We are already applying it because we want to have a more transparent and objective verifiable process for taking decisions on resource allocations in healthcare.

We have always argued that it should apply to drugs but also to interventions. If you look at the major players – obviously the UK (let’s see what Brexit will bring), France, Germany, Sweden – each one of those has different philosophies, priorities, mechanisms, and in a way, it’s up to a country to decide what they want to do.

My personal interpretation is that when it comes to assessing the clinical effectiveness of a drug, there is potentially a lot of value in the member states aligning on this. It makes no sense for Europe that companies are being forced to develop a product specifically for the German or the French market because the respective authority would insist on certain specifics. In today’s world, in Europe especially, it’s rational and desirable to align with this.

In that sense, we favour a European process. I think that individual countries would commit to using such an assessment, and then make decisions with regard to pricing and market access individually, because this is clearly a national topic.

So I’m somewhat surprised about the severity of the pushback against the current proposal. But at the end of the day, we are not the decision-makers in this. We have an opinion, we provide input. We think it’s in the best interest of European patients and scientific progress to have a more harmonised approach on this, and that is something we will continue to work on.

You mentioned Brexit before. How is the discussion going in the pharmaceutical sector? Are you preparing for a hard Brexit?

In contrast with other industries, our approach to Brexit is not primarily triggered by economic considerations. What we are concerned about is patient safety. Concerned that in an unprepared no deal scenario, without any transition, there will be long queues of lorries at the border. We must remember that there are many movements of medicines between the UK and the rest of Europe.

If I remember, every month, 45 million packs of medicine move from the UK to the EU, and 35 million go from the EU into the UK. The majority of the quality controls and the clinical trial supplies are being handled in the UK. This is not about our cost base or marketing considerations; it is really about how we can safeguard – from the first day, in a no deal hard Brexit scenario – patients’ access to life preserving or other relevant medicines.

We went to the negotiations’ leaders, we argued for that case and we were told very clearly: prepare yourselves for a hard Brexit. Quite some time ago, before recent developments happened. After that, I wrote a letter to the CEOs of our members, outlining specifically my advice to prepare for this. It requires a lot of work on our side. We want to be prepared for any possible outcome – which could potentially include a hard Brexit.

We feel that Europe needs innovation, an appropriate framework, flexibility, digital space, data standards – all of that we need to work on. We need to discuss public expenditure, pricing, etc.

We are well prepared, but the main topic is how Europe can continue to be a major player in the global context of innovation. I went to China many times this year: if you look at the decisiveness, the course of action of the Chinese government; it is actually increasing the standards of intellectual property protection. It wants a framework for Chinese companies and start-ups, a reliable framework for intellectual property. You see the connectivity between biotech start-ups and digital companies. Europe needs to work on its competitiveness. 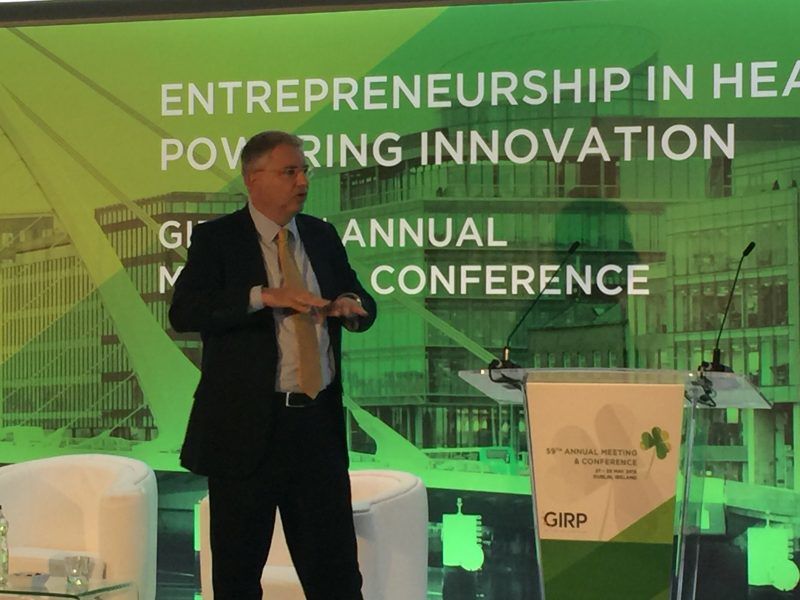 How can we talk about innovation in Europe, considering that we don’t have a proper framework when it comes to healthcare data? How can we achieve this?

Initially, everybody was talking about real-world data. We think that all states should contribute toward standards and the ability to share while safeguarding data privacy of the patients, making sure that the data are protected. I think this is not a contradiction. It takes providing the right platform.

The second aspect is data sharing in R&D. We see huge potential there. If you look at Spotify, there is a common standard: users can buy a subscription and download data. It respects intellectual property and copyright and it really works.

I personally think we can make a lot of progress by establishing such platforms for medical research so that individual research institutions can share data through them and then get rewards out of that. Data privacy is a key issue but that can be dealt with. Getting researchers to work together in Europe could really help us tremendously.