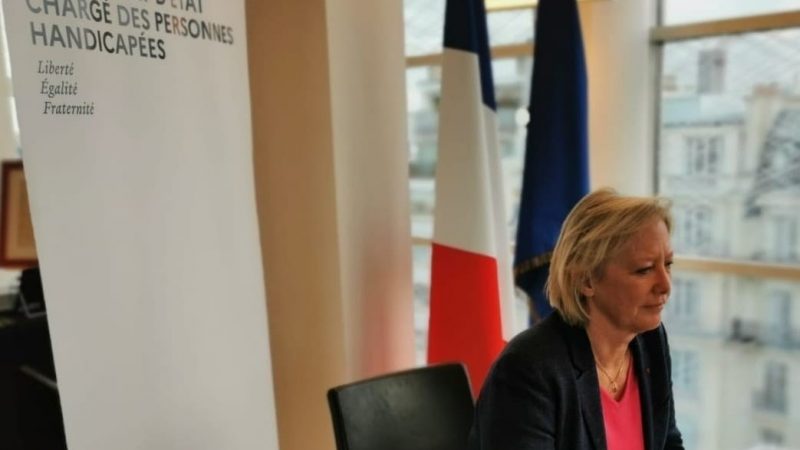 Sophie Cluzel is the secretary of state in charge of people with disabilities in Prime Minister Jean Castex’s government.

The number of people with disabilities in Europe is 100 million, or almost one in four Europeans. How do you explain that, despite these large numbers, there still seems to be a long way to go before these people are fully integrated into our societies?

Situations and disabilities are different from one person to another. There are 100 million disabled people, but only 3% are in wheelchairs. The majority of disabilities are invisible disabilities. This includes mental disorders, cognitive disorders, intellectual disability and sensory disorders. Many barriers have been or are in the process of being removed to be able to work on the full participation of people. We must not stop at the physical barrier. It is also a question of schooling, professional integration, accessibility of society as a whole.

I think that there are fewer and fewer obstacles and that there is also a better representation of what disability situations can be, mainly thanks to the media. People’s views are changing.

The new European disability strategy that you will be discussing with your European counterparts follows a previous roadmap that was put in place between 2010 and 2020. What can we learn from it?

The Commission has assessed it, which goes in the right direction as it speaks of “effective” implementation. In the 2010-2020 plan, there were 150 measures. The Commission assessed that almost 65% were fully implemented, 27% partially, and only 6% were not. The themes on which actions were carried out included equality, participation and employment.

Now, what is important to us in this new strategy is really to focus on where there is progress to be made, particularly on education, access to health or access to the labour market. We can see that this path towards full participation of citizens with disabilities is progressing. I want to send an important message for today: people with disabilities must take power, with strength and conviction, and engage, for example, in political representation.

Why is it important to have a European and not only a national approach to these issues?

It is a question of harmonisation and freedom of movement, as it is for all European citizens. This is the whole issue of European policy in the broad sense that we are promoting with the French presidency of the European Union. It involves inclusive citizenship that is recognised by all in all countries.

Speaking of which, European countries are working on creating a European disability card?

Indeed! Few countries have developed it at the national level, and we are renovating it at the European level. Why? It is a matter of dignity for people with disabilities not to constantly re-explain their needs when they move around, whether it is for daily support, leisure, or work. It is a question of having a common base of recognition that will have to be guaranteed by each member state. The objective is to make this card widely available by 2023.

Let’s take the example of accessibility in buildings or transport. How do we find the right balance between regulatory framework and flexibility?

The key is to define a framework because standards need to be shared between member states. There must be a global agreement, for example, on the most suitable width for a wheelchair so that a shopkeeper can welcome his customers in good conditions.

Beyond standards, we also need quality of use and collective intelligence. When we work for the disabled, we also work for the elderly, for all those who need support daily. We will really be working for the common good when we get out of this heavy view that accessibility is a “burden” but see it as an investment to support an ageing society.

Isn’t relying on ‘collective intelligence’ too optimistic when we see the backlog in compliance with standards, for example, among certain societal actors?

We have made progress, but accessibility projects take time. First of all, because several people are in charge, depending on the level of intervention: municipalities, departments, public service operators, the State, etc. There is also a question of adaptation for private premises, such as shops. All the shopkeepers ask for is help.

A lot of work has been done with them because we were late after the great law of 2005 [e.d: the law for equal rights and opportunities, participation and citizenship of disabled people], which remained very incantatory and said ‘after 10 years, everything must be accessible’.

Ten years later, there is still a lot to do, and it is not progressing fast enough. In 2015, it was decided to draw up accessibility agendas of three, six and nine years to enable retailers to anticipate the necessary investments. The objective is there; we must continue to implement the right solutions to achieve it.

In addition to the regulatory issues, how do we approach raising awareness?

Disability is the leading cause of discrimination in employment. This is regularly pointed out in our country by the Ombudsman, and it is the case in many European countries. This issue will be part of the discussions with my colleagues. We have set up a special day in France that I really hope can be extended to the European level more broadly. Inspired by the Irish initiative, we have deployed the “duo day” since 2017.

This is a European day when, voluntarily, people with disabilities spend a day with an employee to discover their job and company. Everyone does it, including ministers and the president of the Republic. In 2021, of the 30,000 offers of duos, 17% led to offers – internships, apprenticeships, fixed-term or permanent contracts.

This ministerial conference will also be an opportunity to exchange good practices between European countries. France imposes quotas for disabled workers on all companies with more than 20 employees. Is this an example of ‘good practice’ that you would like to democratise among our neighbours?

Nearly half of the European countries have a policy with targets for hiring people with disabilities. Some countries have not committed themselves to this, yet they are wondering whether they should, Belgium in particular. Portugal is in the process of doing so.

Our quota policy dates back to 1987 and established a threshold of 6%. We are now close to 4% in the private sector, compared to 3.2% in 2017, and almost 6% in the public sector, which is still quite a significant level when I compare it with other European countries. If these requirements have been practical, we can see that we now need to move from the obligation to desire.

My obsession is that all disabled children who wish to do so should have access to the school of the Republic [in France]. We are succeeding in welcoming 400,000 children with disabilities, an increase of 20% compared to 2017.

How can we imagine calling this major advance into question? However, it is not a question of enrolling a disabled child in a regular class at any cost without considering their specific needs. This is the opposite of what we are doing. We put in place human resources, adaptations, training, cooperation… If the response is within the walls of the ordinary school, it must always be an appropriate response, adapted, accompanied as much as the pupil’s needs.

To what extent do public policies consider the issue of carers, those who accompany their relatives with disabilities daily, and who are mostly women?

It’s all part of our national carers’ strategy launched in 2018. In France alone, with around 12 million disabled people, we have eight million carers, the vast majority of whom are women. We have a very strong strategy of support, relief solutions for carers, training when there is a professional interruption, health, reconciliation of their professional life and their life as a carer when needed. Now we have paid leave at the minimum wage level to enable people to look after their relatives who are losing their autonomy, which is considerable progress. Employers must also take up this support policy. 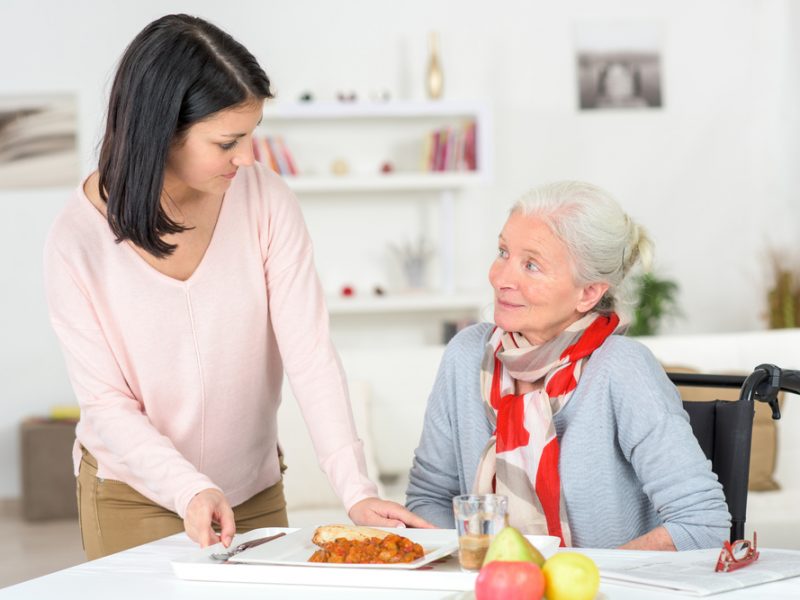