Marc-Alexander Mahl: "We pretty well understand that we have a quite influential counterpart who is fighting back and bringing arguments, which in our understanding, are not fully rational to protect their rights." [Sarantis Michalopoulos]

The generic industry’s request for an SPC (supplementary protection certificates)  manufacturing waiver, which would allow them to produce in the EU SPC-protected drugs for other markets, does not influence or harm innovators’ rights, Marc–Alexander Mahl told EURACTIV.com in an interview.

He said that the originators’ arguments for rejecting such a waiver and protecting their own rights are not “fully rational”. Referring to the Brexit negotiations, he voiced doubts as to whether the remaining 12 months will be sufficient to find solutions for the highly regulated pharmaceutical sector.

Marc–Alexander Mahl is the President of Medicines for Europe, which represents the European generic, biosimilar and valued added pharmaceutical industries.

The European Commission has announced its intention to add a manufacturing waiver to supplementary protection certificates (SPC) as part of its upgraded Single Market Strategy in 2015.

An SPC is an intellectual property right that serves as an extension of a patent right in the EU. With a manufacturing waiver, generic drug-makers can manufacture SPC-protected drugs in the EU to sell in other markets and to prepare stocks for when the SPC expires, but would not be allowed to commercialise in SPC protected markets.

The EU executive also points out in a study that an SPC manufacturing waiver for exports to countries outside the EU could allow the bloc’s generics and biosimilars industries to create thousands of high-tech jobs in the EU and start many new companies.

However, the pharmaceutical industry opposes this view and warns of severe implications for innovation and investment in the EU.

Originators claim that an SPC manufacturing waiver would be detrimental to innovation, to research and development in Europe and to the economy as a whole. In addition, they have stated that the long-term benefits for generics will be “minimal”.

What are your main arguments regarding the adoption of an SPC manufacturing waiver?

On the other side, the policymakers have intended a certain period of time, up to 20 years patent protection, 5 years for the SPC, 6 months for pediatric extensions. When this period is over, the market opens for generic or biosimilar competition.

So, what we are talking about now is that once the SPC expires for innovator product, generic competition comes in. At the moment, it can come from outside Europe from day one, from countries like India, China, Middle East countries etc.

What we are asking for with the SPC manufacturing waiver is that under the SPC protection, we have from day one the opportunity to manufacture in Europe and export to markets where the SPC has expired. So, in those markets where SPC is not valid anymore, with an export out of Europe, you cannot damage or impair innovation.

The second thing we are asking for is that we can launch out of European manufacturing the day after the SPC expires when other companies from non-EU manufacturing are anyhow bringing the products to Europe, that we can offer them here in Europe as well. These products influence the market only after SPC is over, meaning the time when the protection for innovation is also from the view of the policymaker expired.

In a nutshell, I would say we are not influencing or harming innovators’ rights with the request for an SPC manufacturing waiver.

How do member states and EU institutions view your arguments?

It’s difficult to say. In Germany, we only had a new government in the last few weeks. We have discussed with various stakeholders, the European Commission and the European Parliament, and I believe that everyone understands the rationale of our argument.

However, we understand that we have an influential counterpart who is fighting back and bringing arguments, which to our understanding, are not fully rational, to protect their rights.

Pharmaceutical companies claim that the “Assessing the economic impacts of changing exemption provisions during patent and SPC protection in Europe” study, which was commissioned by the EU executive, contained miscalculations. What is your comment?

It was a study commissioned by the European Commission, which contracted a known agency to do the maths. I understand that some people say it overstates the number of jobs, that about 25,000 businesses could be created with exports of €9.5 billion until 2025, and the savings for the healthcare systems from more competition at SPC expiry would be about €3 billion.

We would say, on the contrary, it’s probably too low. Because the authors of the study claim that the biosimilars’ were not fully covered due to the lack of historical data. And if you see the value of products going off patent of SPC in the next decade it’s super valuable originator biological products, which are in high demand. If there is an opportunity to bring on the market European products the day after the SPC expiry and not 12 months after, then there is a certain impact. This is not covered in the study at the moment. 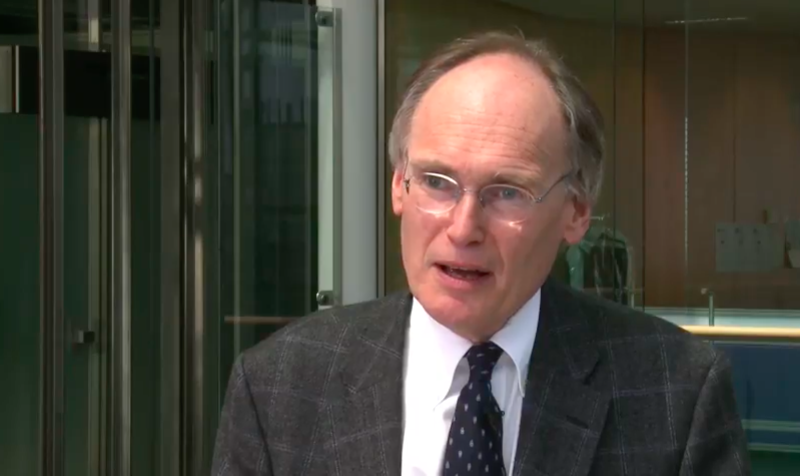 The European Union should not create an environment more favourable to generics compared to the innovative pharmaceuticals, as it risks weakening Europe’s overall global strength in pharmaceuticals and in research, Professor Adrian Towse told EURACTIV.com in an interview.

Have you measured the damage from the lack of an SPC manufacturing waiver for your industry?

The damage is substantial but keep in mind that we as a generics industry are supplying 62% of the dispensed medicines in Europe. Over the last ten years, the volume has doubled in Europe at a constant cost. That means we can twice as many people with diseases than ten years ago.

If you have a very expensive originator product, you often have restrictions to access treatment schemes due to cost limitations (for example, expensive drugs are not reimbursed for all indications on the label). When we can provide a generic or biosimilar version more people get the most modern treatment, they get access to that while keeping the healthcare budget constant. That is a key contribution of our industry and requires a level playing field.

There is still a high level of uncertainty about the Brexit negotiations, which have worried both the industry and patients in the UK and the EU. How does the EU generics industry view it?

There are many risks on the Brexit side. I would say first of all, for me as a physician and representing the generics industry, it’s important that we can provide products. It’s important for us as an industry to keep and provide jobs but also for me personally as a physician to provide medicines to patients.

In this negotiation, it’s important not to create barriers which will prevent the free flow of products between the two markets. We need mutual recognition of quality testing and regulatory dossiers and approvals of products.

We need pragmatic solutions and mutual recognition and regulatory approvals and, later on, the maintenance of the dossiers and the products also for future collaboration between the UK and Europe when it comes to drug listing, reference products and so on. They should not follow different standards and impose extra requirements, which are different from the ones in Europe.

Time is running out. We have had already a year since Article 50 was triggered and basic questions are still open. I think that sometimes policymakers have overlooked the complexity of the pharmaceutical sector.

We have certain doubts that the remaining 12 months will be sufficient to find solutions for a highly regulated pharmaceutical sector, for both originators and generics. We, therefore, believe it makes a lot of sense to have a transition period to buy time and find good solutions for the patients, the industry and the payers.