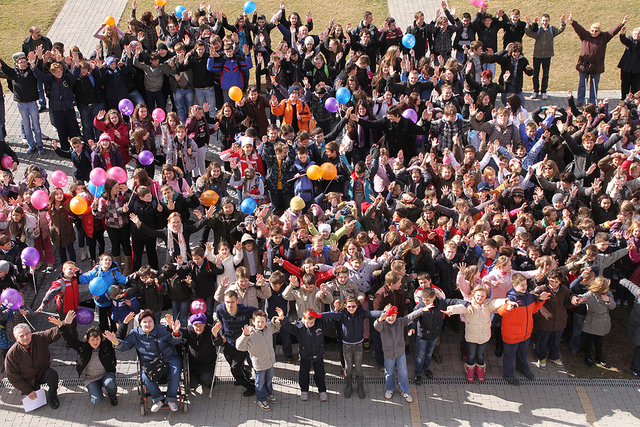 Terkel Andersen is the president of Eurordis, a non-governmental patient-driven alliance of rare disease patient organisations. He spoke to EURACTIV’s Henriette Jacobsen ahead of Rare Disease Day on 28 February.

What are some of the challenges for people with rare diseases in the EU?

The pathway for people with rare diseases towards getting a proper diagnosis is one of the first challenges which most families run into. There is also the scarcity of knowledge even among many health professionals in the health community. They are not aware of the many thousands of rare diseases, which may not be so surprising given the high number of different diseases but small number of patients.

It’s also, probably for some cultural reasons, often very difficult to be referred to those who may actually have the capacity to make a proper diagnosis. This is something most families experience. Secondly, getting access to treatment is extremely difficult. It’s a long way for most people and sometimes of course impossible given the fact that there are only therapies for a few of the many rare diseases.

Other challenges include getting into an environment where there is some understanding of your disease and how it will develop if it’s progressive, having the opportunity to meet with others who have the same disease, getting access to tools that can improve your quality of life, getting to know how to adapt your life in a way which is suitable for that disease, but also being part of and contributing to research concerning your disease.

The rare disease community has been active in trying to qualify the decision-making around rare diseases. We have been involved in the legislative initiatives, both in the orphan drugs development in the 1990s and the cross-border health directive, so we have been involved and we are gradually also being recognised for bringing a special kind of knowledge to the table.

Looking at the pharmaceutical industry, are they doing enough to develop drugs for people with rare diseases and do they have enough incentives in the EU to do something for this area?

The orphan drug legislation does provide incentives for the pharmaceutical industry, but I also think that there is an interest even though the target group is small and the therapy is often one of the most expensive which is justified to the extend that there will only be few patients to treat. So we need to strike the right balance between drugs which have been extremely expensive in their development, creating appropriate clinical trials, but also to make them accessible to patients all over Europe at prices that are affordable and acceptable given the change they make to the quality of life for patients.

?We need to make sure that the real change given by some of these drugs is also recognised. We are not talking about just marginal improvement, but about things that really change people’s situation dramatically. It’s such an enormous change which can be provided for patients who have perhaps no other access to any kind of help from our healthcare system, so I think they have a pretty good chance of persuading health authorities to convince the authorities that there really are things that need to be done here.

I think the European Medicines Agency (EMA) and the Commission are really doing their upmost to try to make rare diseases ‘attractive’ for the pharmaceutical industry. What we do in a good combination between stakeholders is that we combine forces and insights. The Commission has also provided the possibility of training patients to make them not only good advocates but also make them participate in improving the protocols. They are giving their expert opinions to the process. By doing that indirectly, the Commission also supports the development of drugs in the best interest of European citizens.

I also think that even big pharmaceuticals now recognise that there is a learning process here where we are going to take a lot of what is being learned from rare diseases into the development of personalised medicines. This experience will be also valuable in the future for a broader patient community.

What more could EU member states be doing for their citizens with rare diseases?

We have to recognise that the EU is made up of member states which when it comes to health need to be motivated to cooperate. What we want to do is to show member states that they can benefit so much from cooperation and that we can save resources. There is no doubt that there are huge differences when it comes to access to therapies today. We think the Commission could do much to make sure that member states are aware that this is unacceptable for a European citizen point of view. We must translate the intentions of the cross-border health directive into action. We must built the reference network in order to make sure that we collect data properly and that we find out where the patients are.

By having European registries, we should make sure that we have a good tracking of how the efforts are translated into improvements for patients.

You are going to need the support from the Health Commissioner to get this work done in the member states. What is your impression of the new commissioner and how will you try to lobby him on this?

It’s my clear impression that Andriukaitis does not need lobbying. He is very much aware that this is an agenda which the Commission has to bring forward and that his duty as a commissioner is to motivate member states to take actions and convince them that this is in the best interest of Europe and member states. We can create a lot of synergies in order to position Europe much better on a global scale when it comes to the development of therapies, and making better access to medicines for citizens, to make the best of our resources, and to ensure that there are fewer inequalities throughout Europe.